Math Anxiety Is Not Always A Bad Thing 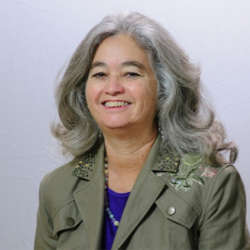 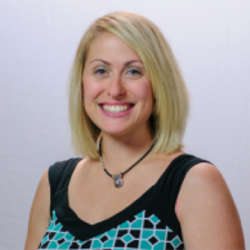 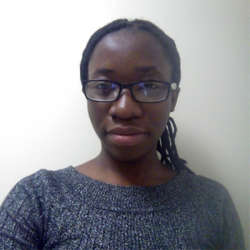 A new advisee, Caitlyn, showed up at my office during the first week of classes in tears. After she had calmed down somewhat she informed me that she had just come from her statistics class and that there was no way she would be able to pass it. Furthermore, since statistics was required for all psychology majors she would be changing her major to something that required no math. I was taken by surprise since Caitlyn had previously passed both math and algebra prerequisites. I tried to convince her that her past success in math meant that she had the ability to be successful in this class. She was adamant, however. She would rather change her career goals than spend another semester enduring numbers and statistics.

Although Caitlyn's reactions were somewhat extreme, they are not unusual. I have heard variations of this theme throughout my 30 years of college teaching. Many students express dread at the thought of working with numbers and arrange their lives and their course schedules to avoid dealing with any math. They are convinced they have no ability and believe achieving success to be insurmountable. These feelings of dread, accompanied by avoidance, are often collectively referred to as math anxiety (Hopko et al., 2003). Since extreme math anxiety may discourage some students from pursuing their passion for a career in psychology or a related field, I wanted to learn more about it. My hope is that as we learn more about math anxiety we can develop more effective ways to help students similar to Caitlyn to not only be successful in their math courses, but to actually begin to appreciate math.

Physical symptoms of anxiety include increased heart rate, shortness of breath, and sweaty palms. These symptoms are all related to activation of the sympathetic nervous system that reacts to perceived threats. For those who perceive numbers as a threat to their self-concept or goal achievements, the sympathetic nervous system should be triggered along with these observable symptoms. Despite the use of physiological markers to study other types of anxiety, only a couple of other studies have used them to detect math anxiety. I wondered whether these physiological markers of anxiety would be associated with lower math performance just as self-reported levels of anxiety were, and decided to design a study that would address this question. My colleague, Dr. Laura Swain, and one of our students, Ifeoluwa Ekundayo, collaborated with me on this research process.

We brought 30 undergraduate and graduate students (9 men and 21 women) into our psychology laboratory. When participants first arrived, we reviewed the experimental procedure with them and asked them to sign an informed consent form to make sure they knew exactly what they would be doing, and gave them a chance to ask any questions about the procedures. If they agreed, we began by placing two electrodes on the palm on their left hand and connected these with leads to a physiological amplifier. This is what we used to observe activation of the sympathetic nervous system through the amount of sweat detected on the palms, referred to as electordermal activity or EDA.

While we waited a few minutes for the gel in the electrodes to make a good connection, we asked participants to complete a survey of how much they were affected by math anxiety. Following this we began recording their EDA as they responded to questions on a standardized assessment of functional math skills, like estimating portion size, budgeting, shopping, and computations involving time. These questions began easy, but quickly became more difficult. Our measure of math performance did not require sophisticated mathematical knowledge to successfully complete. Knowledge of neither algebra nor calculus were required. Instead, problems were functional, real-life applications of numerical understanding.

You may also be interested in these articles relating to math anxiety:

Math anxiety can affect your everyday decisions: A fear of math outside of school

Is anxiety the true test when taking exams: How to overcome test anxiety

What We Found: Two Surprises

We expected to find that students who reported they experienced math anxiety would also show evidence of increased EDA, especially as the questions became more difficult. To our surprise, we found almost no relationship between student reports of their anxiety about math and their physiological reactions while answering math questions. Even more surprising, we found that students who performed best on the math test also showed the highest levels of EDA indicating more anxiety during the task. Since students' perceptions of anxiety were unrelated to their physiological reactions we needed to dig deeper to determine what was related to perceptions of anxiety.

In addition to assessing students' math skills we also had them complete several other tasks that we thought would be related to math performance. One of these tasks was a ruler task. We presented a virtual ruler on the computer screen that measured from 0 to 12 inches. Unlike the ruler below, however, all numbers and lines were removed. Students were asked to estimate where a series of whole numbers (e.g., 3 or 10) and fractions (e.g., 5 ¾ or 8 ½) should be placed on the virtual ruler.

Our findings that self-reported math anxiety was significantly related to accuracy on the ruler task, but was not related to physiological measures of anxiety are consistent with the belief that children form a mental representation of number magnitude as they learn mathematics. For some people this mental representation becomes distorted, especially with regard to fractions, proportions, and ratios. If the distorted representation of number never gets fixed then advanced math instructions that relies on an accurate representation may make little sense. To these students, their lack of understanding may lead them to question their own competence, to worry about their performance, and to simply tune out when required to deal with numbers.

Is There Help for Math Anxiety?

Although our study was only intended to clarify how different aspects of math anxiety were related and was not designed to test intervention strategies, our findings do suggest several strategies:

1. Eliminating worry is not sufficient. Interventions that only target worries about math performance may not be successful. Although worrying and negative thoughts will interfere with your success in math, eliminating worrying is not sufficient to ensure success. You may also need to take steps to repair a distorted mental representation of numbers, especially fractions. This may mean taking remedial classes.

2. Take your time. Students who were most accurate spent more time on the task. Adopting a strategy to get through material as quickly as possible may help reduce your discomfort short-term but negative performance feedback may continue to reinforce your negative self-perceptions about math ability long-term. Spend the time needed to get the right answers despite your negative feelings about math.

3. Use your anxiety for focus. Some types of anxiety are helpful. In our study, better math performance was associated with higher levels of physiological anxiety. Sometimes sweaty palms and a rapid heart rate may be associated with greater alertness and focus rather than failure and confusion. Accept that sometimes anxiety is ok.

4. Don't give up. Caitlyn didn't give up. She was back in my office the next semester agreeing to give statistics another chance. After consideration of other careers that didn't require any math skills, she realized that she really did want to pursue a career in psychology, and would do what it took to accomplish this. I tried to reassure her that even though she had never been good at math that it didn't mean that she couldn't be good at math in the future. Although Caitlyn may struggle more than other students in her math classes because of her math anxiety, her efforts will be worth it when she graduates with her degree in psychology.

Getting An Accurate Diagnosis Of Math And Test Anxiety