A fear of math outside of school 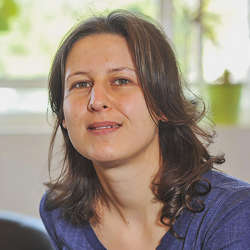 Although children begin their formal education with a very positive view of mathematics, as they progress through education, many of them develop negative feelings and attitudes towards math. The feeling of tension, apprehension and fear experienced when faced with math content has been referred to as mathematical anxiety. The negative consequences of mathematical anxiety are well-documented. These consequences often include performing poorly in math courses and avoiding courses that involve math altogether. As a result, math anxiety can also have significant consequences on career opportunities and career choices.

Can Math Anxiety be linked to Our Decisions?

The participants in the study were presented with a short test, the Cognitive Reflection Test. This test consists of three problems, which can be completed in less than five minutes. As an example, consider the following problem:

Although the correct answer to this problem is 47 days, people often give the incorrect answer of 24 days. Previous research showed that performance on this short test was closely related to some very important real-life outcomes. In general, people who perform well on this test tend to make more advantageous choices and better decisions. For example, they prefer larger rewards which are available after a delay over smaller, immediately available rewards. They are also less influenced by their personal beliefs when they evaluate arguments, and they are also able to choose better options in a gambling task. In general, performance on the Cognitive Reflection Test is related to people's ability to avoid some typical mistakes in reasoning and decision-making. The reason for this is that people with a tendency for cognitive reflection avoid making quick responses on the basis of gut feelings and they rely on careful consideration instead.

When math anxiety and cognitive reflection were assessed together in this study, it was found that people with higher math anxiety performed worse on the cognitive reflection test. This is unsurprising, as previous research showed that math anxiety was linked to quick decisions, low confidence, and a tendency to give incorrect responses to math-involved problems. Nevertheless, the results of this study are important because they show that the effects of math anxiety extend beyond school math problems and classrooms. Given earlier findings that showed a close link between cognitive reflection, unbiased decisions and rationality, these results suggest that math anxiety might be negatively related to individuals' ability to make advantageous choices and good decisions. For example, math anxiety might affect people's choices of investment options or it might have a negative impact on patients' ability to choose the best treatment in a healthcare context. These possibilities should be explored further in future studies. These results also suggest that the negative consequences of math anxiety cannot simply be avoided by opting out of mathematics classes.