When Love Hurts: How To Avoid Teen Dating Violence 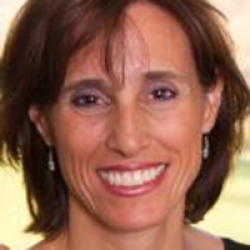 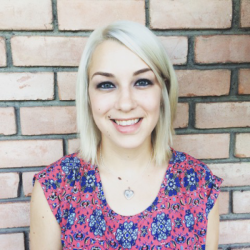 Editor's Note: Symptoms of emotional distress, such as anxiety, depression, and PTSD as well as physical symptoms, such as headaches and stomach aches, have all been linked to Teen Dating Violence (TDV). In some instances, TDV can be so psychologically damaging that a victim may consider suicide as their only solution. It is a significant problem in the adolescent population, possibly aggravated by technology and social media. Approximately 70% of adolescents and young adults report experiencing psychological TDV at some time, and 10-20% report experiencing physical and/or sexual TDV. The authors describe the problem and then present FAQs with answers for both parents and teens to further their understanding.

Butterflies in your stomach.

Anticipating a first kiss or date.

Romantic relationships mark an important transition for adolescents on the path to adulthood. For most, these relationships are happy and positive. They provide key opportunities for learning important skills like managing intense emotions, such as anger and jealousy, negotiating disagreements, and tolerating the pain of break up. For some, however, seemingly romantic pairings can turn destructive, and getting out of a hurtful relationship can be difficult.

Harm in relationships can take a number of different forms. Commonly referred to as Teen Dating Violence (TDV), aggressive and abusive behaviors from a partner can be:

Oftentimes TDV victimization happens in the context of an ongoing relationship - but not always. Sexual assault, relentless monitoring, or pursuit of someone may occur outside of an ongoing relationship. For instance, sexual assault, a serious problem on college campuses, may occur between acquaintances during or after parties. Monitoring or aggressive pursuit of someone may take place after a romantic rejection or an unwanted break up.

How common is TDV victimization?

When is it a problem?

Because psychological TDV is very common, it may seem as if insults, name calling, and jealousy are simply how teens relate and show romantic interest in each other. Even more striking, a number of adolescents and young adults consider physical TDV to be horseplay, roughhousing or joking around3. These seemingly normative and playful qualities of TDV make it appear to be typical and expected during this stage of development. However, research has found that all forms of TDV are emotionally damaging, and even when psychological or physical TDV occur in a joking context, adolescents still describe it as unpleasant4. It is very important to take any type of TDV very seriously.

Depression, anxiety, somatic complaints (headaches, stomach aches, and dizziness), and post-traumatic stress disorder have each been linked to psychological, physical, and sexual TDV5, 6. Psychological consequences can be so severe that victims of TDV contemplate suicide, or attempt to take their own lives7, 1. Sometimes, one or both partners get physically injured or feel too afraid to go to school8. Using alcohol and illegal substances, engaging in risky sexual behavior, and taking part in delinquent acts, such as skipping school or getting into physical fights1, may also contribute to the onset of TDV victimization, and worsen it once it occurs.

TDV is a complicated problem and there are many theories to explain it. Some scholars point to the violence in our society and messages that society sends about who has power and control. From this perspective, TDV is clearly defined as a way males gain control or exert their power over females. Others stress the relational nature of TDV emphasizing how family experiences, individual characteristics, relationship conflict, and certain types of situations increase risk for TDV victimization. We focus on a few theories that help us understand who may be at risk for TDV and how this understanding may help someone evaluate their risk.

Children and adolescents who witness or directly experience maltreatment while growing up can become involved in TDV later in life because they imitate the actions of the adults around them10-13. In addition, those who grow up around maltreatment and violence are more likely to consider aggressive and abusive behaviors as normal and acceptable, making it more likely for them to either use TDV themselves, or stay in a relationship where TDV occurs10.

Child maltreatment related to TDV can include:

Although responsibility for TDV rests solely with the person who chooses to do it, certain qualities may compromise a potential victim's ability to resist, recognize, or deter TDV victimization14.

Here are a few ways someone may become a target:

The saying "you are the company you keep" relates to TDV. In adolescence and young adulthood, friendships and peer connections are a critical part of development. However, hanging out with peers who tend to break the rules, or taking part in activities with delinquent or aggressive peers, increases vulnerability to TDV victimization14. More specifically, individuals who break the rules tend to partner with someone who does too 22-24.

Rule breaking can include:

What can be done to avoid TDV? We have anticipated a few questions parents or adolescents may have and offer a few suggestions for some common questions and concerns.

Question: My partner and I call each other names and like to play fight. We never thought it was a big deal. I'm a little confused now. How do I know if my relationship is at risk for TDV?

Answer: Name-calling and playful roughhousing may seem like no big deal or even feel like a way to get closer to each other. However, these actions can be upsetting and have damaging effects. More importantly, they may increase tolerance for TDV in the current relationship or ones in the future. Check in with your partner and see how he or she feels about what's taking place. What may seem like no big deal to one person, may be viewed as hurtful by another. Consider your relationship to be at risk if at any point you feel as if your partner is trying to hurt you on purpose, is not respecting your wishes, or you feel afraid.

Question: Don't adolescents just outgrow TDV as they learn to manage their emotions and express their feelings in a more mature way?

Answer: Yes, some do. Research has shown that as young adults get older and experience important milestones, such as becoming a parent, they are less likely to experience or engage in TDV. Discontinuing TDV has also been linked to personal growth and an understanding about how TDV can damage relationship quality. Not surprisingly, serious consequences, such as getting arrested, also deter some from continued TDV25.

Question: Is there any way to tell if I could be a potential victim of TDV, before starting my relationship?

Answer: Growing up in a violent home or experiencing victimization in school or in your community, such as bullying or witnessing physical assaults, may increase your chances of being a perpetrator or victim of TDV. But, this does not mean that your fate is set – you can chart a new path for yourself and your partner. Romantic connection and dating experiences can create new learning opportunities. If you have had trouble handling strong negative emotions (such as anger or jealousy), managing conflict, or establishing and maintaining intimacy, it is important to learn to relate to a partner in a safe and healthy way. Each romantic partnership offers a chance to avoid destructive habits and practice more healthy ones. Sometimes this learning process does not happen by itself. It may be especially hard if you are surrounded by friends who think violence is OK, like to break rules, or are aggressive themselves. Also, if you struggle with psychological difficulties such as anger, anxiety or depression, these challenges can contribute to relationship problems and increase risk for TDV victimization. If you any of these things apply to you, you may benefit from professional help.

Question: What if I know TDV is happening in my relationship, but I am scared to break up. I heard that TDV can continue even after break up when your partner stalks you over social media or shows up places uninvited.

Answer: Sometimes ending a relationship does not end TDV. It is important to tell your family, friends, teachers, and other trusted adults about your worries so they can help keep you safe There are also legal steps you may be able can take depending on the state you live in, such as applying for a restraining order if your state recognizes dating violence as a crime.

Question: My partner wants to break up with me and I threatened to hit her (or him) so it doesn't happen. I don't want the relationship to end, what else can I do?

Question: If I am in a harmful relationship or I know someone who may be, what can I do?

Answer: If you or anyone you know is involved in an abusive relationship, we encourage you to call the National Teen Dating Abuse Helpline at 1-866-331-9474, or visit advocacy websites such as breakthecycle.org and loveisrespect.org. Because it is so important to remember that love should never hurt.