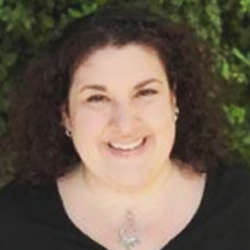 The existence of Post-traumatic Stress Disorder (PTSD) and substance abuse disorder comorbidity has been known at least since the early days of PTSD diagnosis. However, less understood is the relationship between other anxiety disorders and substance abuse. Not only PTSD, but Generalized Anxiety Disorder, Obsessive-compulsive Disorder, panic disorder and social phobia (all forms of anxiety disorders recognized by the National Institutes of Mental Health), can reinforce or be reinforced by substance abuse.

For example, a study from the journal Psychiatric Services found that in a sample of 326 patients with substance abuse disorder, a full 48 percent also had significant anxiety or anxiety mixed with depression. In studies of military veterans or others likely to have experienced traumatic events, the rates of anxiety co-occurring with addiction are even higher.

Additional work shows that not only do anxiety and substance abuse happen to frequently be found together, but that anxiety may cause substance abuse – there may be causation as well as correlation. This is seen in studies that show anxiety predating substance abuse and also show that using interventions to decrease anxiety also decreases the later incidence of substance abuse.

For example, a study of children treated for anxiety disorders looked at rates of substance abuse 7.4 years later in those who had responded to treatment and those who remained anxious. There was a stark difference: children who no longer suffered from anxiety were far less likely to abuse substances than children (now adolescents and young adults) whose anxiety continued. The authors write, "Research suggests that the [results] of childhood anxiety disorders, if left untreated, can include...substance abuse."

Note that in this work and also in the researchers' interpretation of the work, anxiety and substance abuse are more than coincidentally paired; anxiety is a cause of substance abuse.

There are a handful of motivations or factors that explain these causative effects of anxiety. For example, some people struggling with anxiety turn to substances for escape. For others, substances bring a feeling of relative normalcy (self-medication). For still others, anxiety is factor of personality that also includes aspects like impulsivity that make the anxious person more likely to use substances.

The observation that anxiety causes addiction presents a unique treatment challenge. In fact, it is a challenge similar to most co-occurring disorders: treating substance abuse without treating the co-occurring disorder can lead to higher rates of relapse. Let's take another look at the study in Psychiatric Services of 326 patients with substance abuse disorder. The study question was how do co-occurring disorders like anxiety and depression influence relapse. In this group, 73 percent of people who were without anxiety or depression remained substance-free six months after treatment. But for people with anxiety accompanying their addiction, only 40 percent remained abstinent at the six-month point.

Anxiety and Substance Abuse Need to be Addressed Together

Treating substance abuse without treating the anxiety that causes it is a fruitless endeavor. If the underlying cause of anxiety is allowed to remain, the addict's reason to use may remain as well, and these motivations may drive the individual back into active addiction.

As you likely know, treating the anxiety that may underlie substance abuse can be anything but easy. In large part, the difficulty of treating co-occurring disorders is due to the fact that addiction and addictive behaviors are literally worn into the structure of the brain. Over time, substance abuse creates neurobiological consequences including loss of memory and impaired executive function; but also, the brain's ability to adapt itself to its environment, known as neuroplasticity, means that the more you use specific brain pathways, the more accessible these pathways become in the future. Through neuroplasticity, the behaviors of substance abuse reinforce themselves, making these behaviors into brain-based behavioral patterns.

The more often you think certain kinds of thoughts or act certain ways or feel certain feelings like anxiety, the more these patterns are built into the architecture of your brain. Effectively treating anxiety (or other co-occurring disorders) requires neuroplasticity in the opposite direction – some call this "rewiring your brain."

The second post in this series picks up where this post leaves off, namely with evidenced-based treatments for anxiety that co-occurs with substance abuse; next we will consider strategies to create positive neuroplasticity.