Rewire how you think about love 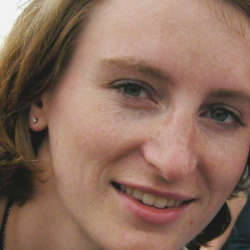 Most romantic advice reads like spirited anthems, encouraging you to get to know your partner as much as you can. Be an active listener, ask more questions, hire a detective to analyze their handwriting. While, yes, of course, understanding the other person you're in a relationship with is crucial, there's another huge tip that doesn't get the kinds of rah-rah-rah's it so rightfully deserves: know yourself!

By understanding and acknowledging how you're wired, you can make new and different choices in your relationship that can, over time, change how you think about love.  Studies have found that the way we bond with our early caregivers during childhood is linked to how we relate to our romantic partners as adults.1 Although the notion that your childhood experiences affect your adult relationships isn't exactly a secret, most people aren't too quick to examine why they freak out if the person they're dating runs a little late or doesn't answer their phone call right away. Instead, they let their anxiety hijack their relationship.

When Nothing Snowballs Into Something

Take Jenny, for example. Jenny and her boyfriend, Luke, were celebrating their anniversary at a nice restaurant. They were getting along fine until Jenny noticed Luke staring at a tall, pretty woman passing by. She couldn't believe it. Here they were, celebrating their anniversary and all Luke was interested in were other women? Luke tried to explain that he had looked at the woman because he thought he knew her from his school days, but it was too late. Jenny felt hurt and rejected. After an argument in the restaurant, they left separately, each of them going home to their own apartment.

What happened here? How did their evening end up this way? Well, Jenny thought she had witnessed proof that Luke was falling out of love and would soon leave. And, as a result, it's likely that Jenny's fear of being abandoned affected the evening.

Your Childhood Affects how You Love

This fear developed a long time ago. When Jenny was growing up, her father was unemployed and coped with his chronic low mood by drinking alcohol. Her mother worked long hours and was always exhausted. Neither of them paid too much attention to Jenny, nor gave her the kind of emotional care she needed. They didn't exhibit a lot of patience with her, expecting her to soothe herself when she was upset. To make matters worse, the couple separated when Jenny was five, leaving her to wonder if she was the reason behind the separation.

Based on her early childhood experiences, Jenny has developed what is called a "highly anxious attachment style."2 Anxious attachment is characterized by an intense fear of being abandoned by other people. The way Jenny's parents treated her became "working models," like templates that influence her own assumptions about the availability and responsiveness of other people.3 In other words, our early relationships—usually with family members—influence our expectations towards partners in future romantic relationships, as well as our perception of them.

From an early age, Jenny learned to never count on other people for emotional support. Now, she fears being neglected and left in romantic relationships. People like Jenny, who are high in attachment anxiety, are less successful at fostering positive relationships because they are too anxious, which causes them to react with mistrust or neediness.

There are steps you can take to help keep the fear of abandonment from ruining your romantic relationship, and to change the way you ultimately think about love.

1. Practice self-awareness. It's helpful to be aware of the fact that you might be more afraid of abandonment than others and that your fear is not always justified. When judging your partner's behavior, stop and think before reacting. Consider whether or not there is evidence that your partner is actually behaving in a way that might indicate that he or she is going to abandon you, or whether you are jumping to conclusions.

2. Find a partner who is comfortable with intimacy. If you know that you have a strong fear of abandonment, it may be helpful to choose a partner who doesn't cringe at the thought of intimacy and closeness (also known as "attachment avoidance"). This could boost your chances of experiencing less distress in your relationship and might enhance the quality of your relationship.

3. Cut yourself some slack. Treat fears of abandonment with self-compassion. It is not your fault that you are this way! You did not choose this. Be understanding of yourself and see the bigger picture.

5. Don't be afraid to ask for help. Last, but not least, if you still notice that your anxieties are having a detrimental effect on your relationship, consider seeking professional help, either alone or with your partner.

Although learning to manage a fear of abandonment might seem like an impossible feat, studies show that being involved in a healthy partnership may lead to an inevitable change in perception of how romantic interactions typically go.4 You might have been wired to fear abandonment in the past, but by staying aware and making different choices, you change that.

Other articles of interest: