How individuals and families respond to trauma 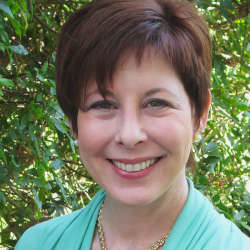 In my previous installment, I introduced the Bowen Family Systems Theory, the idea that how a family reacts to chronic stress, or an anxiety-inducing experience, can significantly influence an individual's own response. In this piece, I will talk about how the same trauma can cause different outcomes in individuals and their families and why that may be.

Lew* and Scott are two boys living on opposite sides of the country, but they both went through a similar experience at similar ages. When they were seven years-old they were each in serious car accidents caused by drunk drivers. Despite the fact that both boys spent weeks in the hospital recuperating, each was lucky enough to experience few lasting physical effects from their accidents.

Lew is now 19 years old and in his second year of college. He chose his major and has plenty of friends and hobbies. He enjoys living on campus. Lew thinks of the accident occasionally. He's a careful driver and would never drink and drive or get in the car with anyone who was under the influence.

Scott is having a different life experience. Long after his physical recovery was complete, Scott continued to have nightmares about the accident and the hospital. He has many phobias and refused to learn to drive. He started community college as a freshman, but had to drop out because he said it was too stressful. At the present time he is living with his parents. At one point, Scott met with a therapist who diagnosed him with Post-traumatic Stress Disorder.

How Family Plays a Role in Recovery: A Family Systems Theory Perspective

Why did two people who went through similar traumas at similar ages have such different outcomes?

A traditional individual perspective might explain Scott's symptoms as a predictable result of a traumatic experience. A family systems therapist would take a broader view that would include the family history. Let's look at some facts about the two families:

After the car accident, Lew's mother and father were conscientious about tending to their son's recovery. They were open to talking to Lew about his experience, but they didn't bring it up all the time. Early on, they made the decision that they wouldn't let their fears for their only son take over. They let him engage in the same activities as his peers, and they didn't cut him any slack with his chores or school work.

Lew's father has often recalled how his own parents had behaved when he had been in a life-threatening accident as a child, "My parents didn't want to baby me or fill my head with fears. They just got on with things. I appreciate that and want the same for Lew." Now, as a grown man with a son of his own, Lew's father can understand how much effort it must have taken for his parents to remain so strong throughout the family's ordeal.

Scott's family had a different reaction to their son's car accident. His mother in particular had been "nearly destroyed" by the crisis, as he was often reminded by both parents. Scott was aware of how easily he could upset his mother, so he learned to choose his words carefully and to watch his tone of voice. He became a secluded, solitary boy because it was easier to play alone than to deal with all of her concerns about his friends, their families, and any risks associated with most activities enjoyed by the other boys at school. Scott's father secretly disagreed with his overprotective wife but he, too, didn't want to deal with her nervous reactions, so he mostly stayed out of the parenting decisions.

Eventually, after involving Scott in various therapies including medication, meditation, hypnosis, and several rounds of individual psychotherapy, the family went to see a family therapist.

Inherited Trauma and the Baggage of Past Generations

As part of the detailed family history taken by the family therapist, it came to light that Scott's trauma was not the first one in the recent history of the family. At the therapist's prompting, Scott's mother recounted that her own mother had lost a baby:

"When I was six years-old my mother had a baby girl who died in childbirth. My mother was broken-hearted. I don't think she ever recovered. I tried so hard to be a good girl so I wouldn't upset her. My father told me I had to be good or my mother might get sick. But we never talked about the little baby, so I haven't thought about her in forever!"

The family therapist explained to Scott and his parents that emotional symptoms arise from a process that takes place over time, maybe over several generations, as was apparently the case in their family. Most importantly, symptoms in an individual reflect anxiety in the entire family system.

Scott's family has taken the first step in resolving the family problem of symptoms in a child. When they learn to look at his symptoms as a problem involving all of them, each or any family member can begin to take responsibility for his/her own part in keeping the problem going.

When Scott heard the family therapist say that his symptoms were being maintained by the interactions between all of the members of the family, rather than because of something he'd gone through when he was seven years-old, he felt a sense of relief.

"Maybe I'm not crazy after all," he thought.

Looking at trauma through the family systems theory lens can be helpful in better understanding the individual, as well as the family unit as a whole. This is illustrated best in Scott's story. Once his family therapist looked deeper into the family's history, circumstances, and internal relationships, Scott was granted more clarity in the way he deals with his previous trauma.

Family Systems Theory helps explain how the same experience can lead to different outcomes in different individuals and in different families. It can also offer a unique and effective way of helping individuals and families that are having difficulty coping with the many challenges life has to offer.

*Lew, Scott, and their families do not represent real individuals.