Why Does The LGBT Community Experience Such High Levels Of Anxiety? 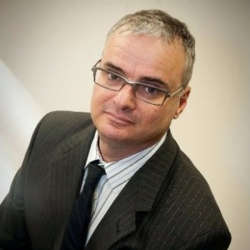 LGBT people suffer higher-than-average levels of anxiety when compared to the general population. This article will explore the reasons why this is true, and offer suggestions to provide more open, culturally affirming care. Since some people don't quite understand certain key LGBT terms, I will start by clarifying them.

Discrimination and Prejudice Take Their Toll on the LGBT Community

The most common reason cited by almost all of the research on this topic suggests that LGBT people suffer from higher levels of anxiety because of their experience as a minority group which faces discrimination and prejudice on a daily basis. LGBT people suffer both de facto (real or lived) and de jure (legal) discrimination. In fact, LGBT people are the only group of people that it is still legal to discriminate against in the United States. Twenty-nine states still offer no protection against workplace discrimination based on sexual identity, and 32 states offer no protection against discrimination based on gender identity, and the military only repealed "don't ask, don't tell" in 2011. As a result, 52% of the LGBT population live in states that offer them no protection against workplace discrimination. Imagine the anxiety created by knowing that if your boss found out about your sexual orientation, you could lose your job. Unfortunately, this kind of anxiety is reality for the majority of our country's LGBT population.

Why should a person's sexuality or gender identity dictate his/her access to housing? While there are some federal protections in place for those who live in federally subsidized housing, those protections are not guaranteed for LGBT individuals because the Fair Housing Act covers neither sexual orientation nor gender. Here is an example situation from the U.S. Department of Housing and Urban Development's website:

"A gay man is evicted because his landlord believes he will infect other tenants with HIV/AIDS. That situation may constitute illegal disability discrimination under the Fair Housing Act because the man is perceived to have a disability, HIV/AIDS."

Note that the potential protection is based on disability and not sexual orientation.

Outside of subsidized housing protections, 17 states offer housing discrimination protection based on sexual orientation, with only four adding protection based on gender. As such, one can be denied housing because of sexual orientation or gender in 37 states. This means that in those states, a landlord can legally tell a tenant, "you're a lesbian, get out of my apartment," with no legal redress. Many of the states that offer no job protection are also the states that offer no housing protection, exacerbating possible anxiety experienced by LGBT individuals in these states.

Don't Ask, Don't Tell is Alive in the Workplace

In the U.S. workplace, there seems to be an unwritten rule that LGBT people must keep a lid on their private lives or suffer the consequences. In a majority of states, a worker can be fired for getting married to and/or moving in with a same sex partner. Even in states with strong statutory protections in place, many LGBT people are afraid to come out. In conversations with the author, many successful established lesbians admitted that they will not come out in their workplace or business for fear of losing business and/or clients. Young professionals report remaining closeted at work because they believe coming out will ruin their prospects of promotion and career growth. In a study conducted by this author, teachers in Los Angeles said they wouldn't come out in their classrooms, despite the strong protections offered by both the city and state, because they believed the formal protections couldn't insulate them from hostile supervisors and colleagues.

These conversations point to pervasive truths: to hide their sexual orientation, many LGBT people keep rigid boundaries between their work and personal lives. They don't form close relationships with colleagues, change pronouns when discussing intimate partners, and lie about their lives outside of work. Again, these protective activities can spark and provoke anxiety in LGBT individuals.

LGBT People Face a Cultural Norm That Results in Self-Loathing

The conditions discussed above are forces external to the LGBT individual. However, the constant drumbeat of discrimination, hostility, and homophobic messages results in internalized homophobia, the belief that being LGBT is wrong, which is accompanied by self-loathing, insecurity, and anxiety. Recent studies confirm that up to 65% of LGBT people suffer from some level of homophobia.

LGBT Minority Groups are Most Affected

For all of the factors discussed here, no group suffers more than the transgender population. Sadly, trans* people don't have to step outside the LGBT community to experience discrimination and bigotry. Historically, the LGB community has attempted to ostracize and distance itself from the trans* community. Only recently, since LGB people have garnered significant gains in civil rights, has the community begun to support trans* people. Nevertheless, this history of intra-communal ostracism has added to extremely high levels of anxiety and depression for trans* people, with 33% reporting experiencing ongoing anxiety and 42% reporting the same for depression. Still, it is a wonder that these numbers aren't higher given the virulent harassment and violence experienced by the trans* community. The number of murders that occurred in 2014 where trans* women of color were victims was so astoundingly large that the issue has been described as epidemic. While trans* people suffer as minorities within the LGBT community, other LGBT minority groups may also carry a double stigmatization.

The culmination of these internal and external experiences–continual threats to housing and job security, the need to hide one's identity, leading a double life, lack of support from families, long term effects of bullying and violence, and low self-esteem–all contribute to escalated levels of anxiety in the LGBT community. Being LGBT doesn't guarantee a diagnosis of anxiety or a more serious mental health diagnosis, but the societal conditions and internalized messages surely guarantee higher levels of anxiety in the LGBT community.

For many heterosexuals, families provide the first instance of support during periods of mental health crises. However, this avenue of support isn't an option for many LGBT people. Large numbers of the LGBT community have been kicked out of their homes and/or ostracized by their families. A prominent sign of this rejection is the number of homeless LGBT youth: in Southern California alone, LGBT youth account for 40% of the homeless youth population. Almost 90,000 LGBT youth in Southern California are homeless at any given time. A lack of family support and the risk of being ostracized by one's family certainly provokes higher levels of anxiety in the LGBT population.

For all of these reasons, it is critical to approach mental health services for the LGBT community with compassion and a clear understanding of the many factors in play. The realities of bullying, threats to financial safety, loss of housing, not having one's most intimate relationships validated, and the lies that some feel they must engage in to protect their safety all contribute to heightened levels of anxiety and other more serious mental health issues. Further, a lifetime of oppression and bigotry produces internalized homophobia - another serious cause of anxiety. Add to this the threat of housing and/or job loss, and the pressure on LGBT folk is constant and significant. Only through compassionate understanding will mental health providers be able to provide appropriate support to LGBT people in the treatment of their anxiety. Developing an understanding of issues that fuel anxiety is a vital first step. Mental health professionals should treat LGBT community members as one would the member of any oppressed group, and understand that institutional and personal oppression impacts LGBT mental health in very significant ways.

Providers looking for resources can turn to the American Psychological Association and the American Counseling Association. Providers in major metropolitan areas can also find resources at local LGBT Centers, and through colleagues who already serve the LGBT community.

Anxiety And Depression Can Ruin Your Sex Life

David A Kalmbach, Ph.D. from University of Michigan
63 Likes