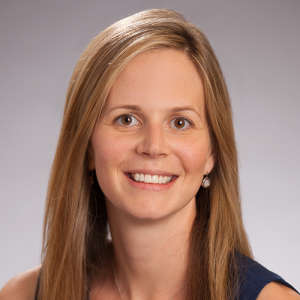 Stress is something we all face. It comes in many forms and differs across contexts, from work-related or financial stress, to social problems, to new life changes, to internal experiences. Some stressors are minor or short term, while others may be chronic. Because stress varies in intensity, length, and type across individuals, it can be difficult to pinpoint what "stress" is without looking to the body for answers.

The three I's for traumatic stress on the body are:

What occurs in the body during times of stress?

Although what causes stress is different for each person, the "stress response" – the impact - is universal. In the face of a major stressor (internal or external), the body goes into a "fight or flight" mode. During this "fight or flight" mode, the sympathetic nervous system and a specialized stress-response system called the hypothalamic pituitary adrenal (HPA) axis are activated. This activation results in the release of stress hormones and changes in the body to deal with the threat. When the threat is resolved, another system, called the parasympathetic nervous system, is activated to help the body return to homeostasis, a healthy balance of both systems. Although this stress response system works very well for acute stressors, activating this stress response over and over or being unable to return to homeostasis due to chronic stress can be very harmful to one's physical and mental health, with research showing links between stress and many conditions, including depression and cardiovascular disease1.

What is traumatic stress?

Trauma is a specific type of stress that reflects exposure to terrible events generally outside the range of daily human experience that are emotionally painful, intense, and distressing. According to the Diagnostic and Statistical Manual of Mental Disorders, 5th edition2, there are specific criteria for what qualifies as a traumatic event:

"Exposure to actual or threatened death, serious injury, or sexual violence in one (or more) of the following ways:

• Witnessing, in person, the traumatic event

• Learning that the traumatic event occurred to a close family member or close friend. In cases of actual or threatened death of a family member or friend, the event must have been violent or accidental

The reason for this narrow definition of trauma, and its distinction from stress more generally, is in part because traumatic events can result in particularly problematic trauma responses that are unique from general stress responses. In addition to that initial stress response in the body discussed earlier, long term psychological consequences are seen in many individuals that are exposed to traumas. A psychiatric condition commonly associated with trauma exposure is posttraumatic stress disorder (PTSD) which includes a variety of symptoms:

• Re-experiencing the trauma in distressing ways

• Negative beliefs about oneself or others as a result of trauma

Many of the symptoms of PTSD are normal reactions in the first few weeks after the trauma but can become PTSD if they persist past the first month and cause problems with family, friends, work, or other important areas of one's life.

Keep in mind that trauma responses are different across people and many will see no lasting negative effects of trauma. For example, rates of PTSD in the general population are approximately 8%, despite 50-60% of individuals reporting exposure to a traumatic event3. For those that do have negative psychological outcomes as a result of trauma, the development of PTSD is not the only potential response. Depression, substance use problems, and other anxiety disorders are also common trauma-related conditions that can emerge as a result of trauma exposure.

How will trauma affect you?

It is hard to know exactly how trauma will affect you. We know that there are many things that can influence the likelihood of developing PTSD or other psychological problems after exposure to trauma:

Biological and environmental factors interact to create greater risk for or resilience against negative outcomes following trauma4. But, there is still so much we do not know about why some develop PTSD and some do not. The best thing to do if you are exposed to a traumatic event is to reach out to a professional for intervention and help. Exciting new research suggests that early intervention in emergency departments following trauma might prevent PTSD and depression symptoms from developing5, so reaching out sooner rather than later may be particularly important. One example of this in action is how schools now respond to traumatic events, like shootings, by bringing in counselors and making mental health services readily available. If these professionals were trained in trauma-focused treatment, it might be particularly effective at reducing risk for developing PTSD following such traumas.

And for people who have struggled for a long time with PTSD or other trauma-related problems, it is never too late to get help. Common treatments, which can include counseling and/or medication, help people at all ages and stages of recovery. For PTSD in particular, research supports the use of exposure therapy and cognitive processing therapy, as well as selective serotonin-reuptake inhibitors (SSRIs) either alone or in combination with therapy6-8. It is important to find a clinician that is licensed and trained in working with people who have PTSD. For the therapy to work best, you want to find someone with expertise in what you are going through. Don't be afraid to ask the clinician if they have been trained in cognitive behavioral therapy and have worked with traumatized people before. Remember, this is not something that you have to survive or face alone!