Is it okay to satisfy your pregnancy cravings? 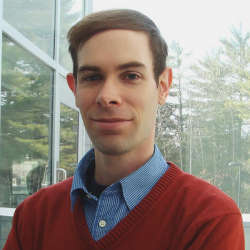 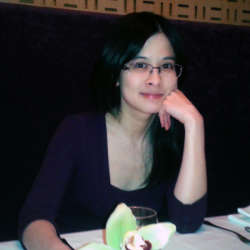 Christine Lum
from University of Toronto

Warning: Drinking alcohol during pregnancy can cause birth defects and brain damage to your baby.

You have probably seen the above statement often in restaurants. For most people, cutting back on drinking habits for nine months is not a major issue. What is more difficult—and often overlooked—is the need to limit the intake of fat-rich fast foods, snacks, and microwave dinners that seem ubiquitous in today's world of demanding deadlines and 'grab and go' meals. Economic factors that limit a family's access to healthier alternatives doesn't make it any easier to avoid these kinds of foods.

Numerous studies suggest that exposure to high-fat diets during development greatly increases the risk of developing a range of health problems later in life, including cardiovascular disease and diabetes. Other evidence also shows that high-fat diet exposure during key points in development carries mental health risks for the child in the form of behavioral problems associated with anxiety disorders and depression. The biological mechanisms involved are not well understood, but recent work in laboratory animals suggests that long-term changes in the physiological and brain systems that regulate stress hormones and the immune system may be involved.

Put a group of rats in a new environment and watch them run around and explore. Anxious rats tend to shy away from novelty, preferring to hide in enclosed areas, showing reduced activity levels. In a series of experiments, we found that rats whose mothers were fed diets high in saturated fats throughout pregnancy and prior to weaning showed more "anxiety-like" behaviors as adults (a term scientists use to avoid guessing about what the animal is thinking). These effects were especially pronounced for females. We also found that stress hormone levels in the rats' blood showed an exaggerated response to physical restraint.

Surprisingly, we observed the opposite in adolescent rats. Early-life exposure to high-fat diets seemed to reduce anxiety in response to the same tests. The effects occurred even though the offspring were placed on a normal diet at weaning (three weeks after birth in rats), so the effects were not the result of their current diet.

In both stages of life, the behaviors were accompanied by alterations in the expression of immune genes in the hippocampus and amygdala, regions of the brain involved in processing emotions. The role of inflammation in behavior is complex, but other studies have shown that it can trigger the same kinds of anxiety-like behaviors that we monitored in our studies. Our studies expanded on this research by implicating evidence of high-fat diet exposure in development on anxiety, though with different consequences at different ages (adolescence and adulthood).

In individuals with certain anxiety disorders, stress hormone levels can be chronically elevated, with damaging effects on the brain over time. In ongoing work, we induced a state of heightened stress and anxiety by giving the adult offspring from the previous experiment an injection of the stress hormone corticosterone. We found that the hippocampus and amygdala of offspring whose mothers had consumed a high-fat diet responded differently from the 'control' rats whose mother had consumed a standard diet. Corticosteroid receptors, components that regulate the animal's major stress response system, remained expressed in higher proportions over non-exposed rats.

Changes in the numbers of glucocorticoid receptors in specific brain regions like the hippocampus and amygdala would be expected to affect the animal's response to stress and stress-related behavior. This coincided with an increased production of anti-inflammatory molecules, while expression of pro-inflammatory molecules increased at much lower levels. Our data seem to indicate that the impact of early life diet on the function of genes implicated in anxiety depends on the context in which it is being measured. In other words, it appears that some of the effects of high-fat diet exposure during development might only be evident in adulthood during stressful experiences.

These studies are in their early stages. However, we know that stress and inflammation have each been associated with heightened anxiety, and that genes involved in each process don't operate in isolation—they form part of a network of active genes with reciprocal effects on brain function. We are just at the beginning of our exploration of the link between the two, but it might be an important avenue towards understanding the roots of certain anxiety disorders at the molecular level and how environmental factors can precipitate them.

Our findings in rats have supported observations in humans that females are more prone to experiencing anxiety than males as adults. However, following the chronic stress treatment in our study, male rats exposed to maternal high-fat diets demonstrated the greatest reductions in the expression of immune genes overall. From our results, it is interesting to speculate that females may have the advantage when it comes to dealing with major or long-term stressors.

Many questions remain. Do changes in stress and immune genes in individuals exposed to high-fat diet increase susceptibility to developing physical and mental illnesses from chronic stressors, such as interpersonal conflicts or difficulties managing expectations at work and school? Could dietary exposures during critical phases of development play a role in the differences between men and women in the risk for anxiety disorders?

Both Parents' Diets Play a Role

Advising women to eat healthy diets during pregnancy may seem like a no-brainer, but there was a time not so long ago when the only prescription was to "eat whatever you want." Clearly, we need to know more about the impacts of our dietary choices, not only on our health, but on the health of the next generation. And this isn't only mom's problem. Additional research, still nascent, suggests that dad's diet has an impact too, though for now only metabolic outcomes have been measured in laboratory animals. It will be crucial to determine how alterations in the function of genes lead to these behavioral and physical outcomes, and when exactly this occurs during development. A more complete understanding of these processes could eventually direct us towards creating novel approaches for prevention and treatment.