Will You Be What You Eat?

We have all heard the warnings about how diets high in fat and sugar are bad for our physical health. Consuming large amounts fat — particularly saturated fats — is associated with an increased chance of cardiovascular disease1, type 2 diabetes2, and even certain forms of cancer3. More recently, researchers have found similar effects from eating excessive sugar, particularly in relation to cardiovascular disease4-5, type 2 diabetes6, and some types of cancer7.

But could such diets also negatively affect brain chemistry? More specifically, could a diet high in fat and sugar increase your chances of developing a mental disorder? To date, few studies have directly investigated this possibility, but a growing body of research suggests that. One study reported that people who ate more processed foods were at greater risk of anxiety and depression8. Likewise, multiple studies with rats have found that prolonged diets high in fat and sugar are associated with increased anxiety-like behaviors across a number of tasks9-10.

Evidence now indicates that consuming such diets can actually produce distinct neurological changes in rats, specifically long-lasting changes to neural circuitry associated with emotion regulation11 and emotional learning12. One study found that high-fat diets were associated with changes in the amygdala, the brain area involved in learning fear. And this seemed to be related to learning fear more rapidly. The result? Rats on high-fat diets learned to fear new items more quickly13. All of these effects — disrupted emotional regulation, emotional learning, and fear learning — could predispose a rat to increased anxiety-like behaviors. And if these effects hold for humans, they may have similar results. If your diet makes you less capable of controlling your emotional responses and you learn to fear objects or situations more rapidly, you may be more likely to experience problematic levels of uncontrollable anxiety.

With these findings in mind, Dr. Kathryn Baker and Dr. Amy Reichelt of the University of New South Wales in Sydney, Australia, were interested in addressing whether long-term exposure to a diet high in fat and sugar during adolescence could directly lead to changes in anxiety-like behaviors and anxiety-related brain circuits in rats14. They focused on the rats' adolescent period because previous work suggested that the brain might be particularly susceptible to diet-induced changes during this time11. Rats were randomly assigned to one of two conditions. In one, they were given access to food pellets high in fat and sugar once a day for two hours for six weeks. In the other condition, rats received normal food pellets without the extra fat and sugar for the same time periods.

The researchers conducted two tests to examine anxiety-like behaviors in the rats. In the first, rats were placed in a new environment, which can be frightening because animals no longer know what to expect from their surroundings. The researchers found that rats on the diet high in fat and sugar exhibited a greater number of anxiety-like behaviors. They seemed more nervous, exploring far less and attempting to hide more often than their counterparts on the normal diet.

In the second test, the researchers trained the rats to fear the sound of a simple tone by pairing it with a mild electric shock. They examined how long it took for rats to stop fearing the tone when it was presented without the shock (this process is known as extinction). The rats on the high-fat and high-sugar diet showed an increased response to fear relative to those on the normal diet.

The researchers also examined the rats' brains and found that those on the high-fat-and-sugar diet had disrupted functioning in prefrontal regions, which are associated with fear regulation, relative to the rats who consumed the normal diet. The diet high in fat and sugar seemed to cause increased anxiety-like behaviors across a number of tasks, as well as appearing to directly affect the development of brain areas associated with these behaviors.

This study is one of a growing body of work suggesting that what you eat can have a direct impact on brain function and how you behave. One open question, though, is whether these effects are due specifically to consuming a diet high in fat and sugar. It could be that similar effects would be seen after studying any nutritionally extreme diet (such as very high amounts of protein or certain vitamins). If these findings hold, they would imply that eating a healthful diet is not just a matter of physical health — it is also important for mental health.

These findings also imply that a healthful diet might be particularly important during adolescence and other critical developmental periods. As noted, diet seems to have the strongest effect on brain chemistry and function for extended periods of time during adolescence in rats11. So it could be that helping adolescents and teens establish and maintain good eating habits could reduce the chances of developing an anxiety disorder later in life.

Questions to Ask and Answers to Come

We still have much to learn, including whether these changes are permanent. If the rats had been switched to a normal healthful diet after adolescence, would the neural changes have reversed and reduced their anxiety-like behavior? Will these results hold true for humans? Rats are fantastic laboratory subjects and have contributed much to our knowledge of brain functioning. But they go through much more rapid brain development than humans. Given our protracted maturation, humans may have different levels of sensitivity to such effects.

Future studies will need to investigate these possibilities, as well as explore exactly how diets high in fat and sugar directly affect brain chemistry. Such work will not only illuminate the connection between diet and brain function, it will also have important implications for the prevention of mental disorders. 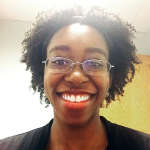 Prevention And Coping With An Anxiety Disorder