How self-image and social anxiety collide in teens 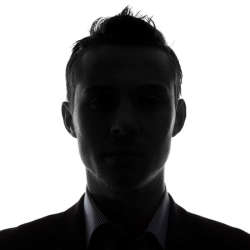 It's tough to be a teenager. Adolescent years are filled with growing into yourself, finding where you stand, and forming your own opinions. If all this wasn't difficult enough, teenagers are also often faced with the challenge of navigating a shaky self-image paired with mounting social anxiety.

Self-image, the subjective perception about one's own self, body, mental functioning, social attitudes and adjustment in various aspects of life, plays a huge role in overall mental health and well-being. It influences one's capacity to control impulses, the relationship with one's own body, relationships with family and friends, ability to cope with problems, sexual attitudes, and so on. It's so important, in fact, that I, along with my colleagues, found that a negative self-image could significantly increase the likelihood of social anxiety in teens.

The Relationship Between Self-Image and Social Anxiety

Taking into consideration how crucial the teen years are for "figuring it all out," we were interested in discovering just how influential a negative self-image can be in establishing a healthy sense of self, and further, if it can be traced to an increase in social anxiety.

Do Our Social Expectations Affect Boys and Girls Differently?

What we found is that self-image does, in fact, affect social anxiety. The study as a whole showed that negative emotional tone, problems with peer relationships, difficulties to cope with problems, and unhealthy behaviors—all things associated with self-image—increase social anxiety symptoms across the board. More succinctly, however, it unveiled an interesting gender divide underpinning the relationship between self-image and social anxiety symptoms. For instance, the study showed that there were more female than male students with high levels of social anxiety symptoms. Female students were also more likely to report problems with their self-image, especially in terms of less stable emotional tone, more negative feelings about their body, less relaxation in sexual behaviors, and lower levels of psychological adjustment.

The divide goes even deeper still. The results also showed that girls who had healthy relationships with their parents—measured by close communication and low levels of conflict—tended to be more socially anxious. These kind of parental relationships in boys, however, were associated with high levels of educational and vocational goals.

What This Means for Teen Mental Health

What do these findings say about the kind of social treatment we give teen girls and boys? On one hand, self-image in girls is increasingly taking a nosedive and affecting their social anxiety, no matter how positive their parental relationships. On the other hand, while positive parental relationships seemed to drive boys to excel academically and professionally, are they not equally vulnerable to the pressures of social anxiety?

While the results of this study showed that a negative self-image can play a critical role in the development of social anxiety symptoms, it also found that young girls are especially feeling these effects. This research has shone a light on the complex relationship between self-image and social anxiety in our teens, but it also leaves one question wide open: are the differing social treatments of boys and girls counter-productive to adolescent well-being?

Keith Whipple, MA, RDT from Institute for Therapy through the Arts
717 Likes

5 Reasons Why Anxious Children May Be Liked Less