Although it is Megan's best friend's birthday, Megan insists that she absolutely does not want to attend. When her parents ask her why, she states that she is afraid that she will do something stupid and that the other kids will laugh at her.

If Megan were your daughter, how would you respond?

Influence on Anxiety Disorders in Children

In general, parental meta-emotion philosophies influence how children are socialized to experience, express, and regulate their emotions.1 Because impaired emotion regulation is a core mechanism in the maintenance and exacerbation of anxiety disorders, it stands to reason that parental meta-emotion philosophies also influence anxiety disorders in their children.3

Emotion Coaching, Yet Child Has an Anxiety Disorder 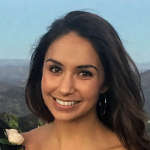 The Importance Of Interpersonal Social Support On Anxiety