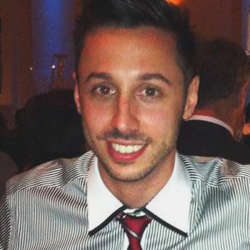 Clinically significant symptoms of insomnia, anxiety, and depression that effect how individuals function during the day are very common in teenagers, and the first sign of these problems usually arise from ages 14 to 16. Such symptoms can easily result in the development of insomnia, anxiety, and depressive disorders, and can also lead to suicidal thoughts, suicide attempts, and substance abuse disorders in teenagers.

In fact, the risk for alcohol and illicit drug abuse increases when teenagers have insomnia along with anxiety and/or depression. Being a night owl (that is, a preference to sleep and wake later than usual, as opposed to an early riser) is considered a risk-factor for insomnia, anxiety, and depression. For these reasons, along with the fact that the risk for developing insomnia, anxiety, and depression disorders increases after puberty, it is important to understand the relationship between insomnia, depression, anxiety, and being a night owl for the purposes of prevention and treatment efforts.

Three-hundred and eighteen teenagers aged 12 to 18 were recruited from eight South Australian high schools in both metropolitan and rural areas. Insomnia was assessed by the Insomnia Severity Index (ISI), an 8-item scale that is based on the DSM-IV diagnostic criteria of primary insomnia. Anxiety subtypes and depression were assessed via the Revised Children's Anxiety and Depression Scale (RCADS), a 48-item scale that is based on the DSM-IV diagnoses of major depressive disorder, Generalized Anxiety Disorder (GAD), panic disorder, Obsessive-Compulsive Disorder (OCD), separation anxiety disorder, and social phobia. Being a night owl or early riser was assessed via the Morningness-Eveningness Scale (MES), a 10-item scale that assesses whether children and teenagers are most active and hence prefer to sleep and wake earlier or later during the 24-hour day-night cycle. Demographic information, along with past diagnoses and treatment were also assessed.

Teens with symptoms of Generalized Anxiety Disorder that are severe enough to affect everyday life are likely to also have significant insomnia and depressive symptoms at the same time. Therefore, those who feel anxious for the majority of the day for no apparent reason, and think this anxious feeling is having a negative impact on their life, should consider if they are also struggling to fall or stay asleep most days of the week, and/or consistently have a very low mood. Should this be the case, then treatment for insomnia and/or depressive symptoms could help alleviate GAD symptoms, and vice-versa.

Furthermore, teens who prefer to sleep and wake later are at risk for having insomnia and depression at the same time. Indeed, being a night owl seems to be related to anxiety subtypes (except Generalized Anxiety Disorder) through depression, and the predictive effects of being a night owl on depression was almost entirely the result of insomnia. Therefore, considering risk-factors of insomnia, such as being a night owl, may help alleviate symptoms of depression and GAD, and in turn help treat symptoms of other anxiety disorders. Therefore, insomnia seems to be important for the treatment of all anxiety subtypes, whether it be through a direct association, an indirect association through depression, or the consideration of certain risk-factors, such as being a night owl.

If a teenager or his/her parents or friends think that he/she may have an anxiety disorder, they should strongly advise the teen to see a general practitioner, school counselor, psychologist, or psychiatrist. In the meantime, there are other things that can be done that help alleviate insomnia and depression, and in turn may help treat symptoms of anxiety disorders.