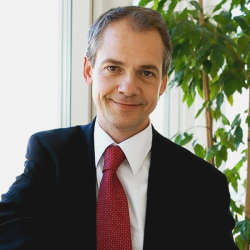 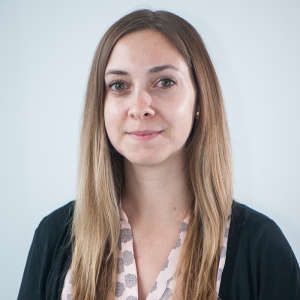 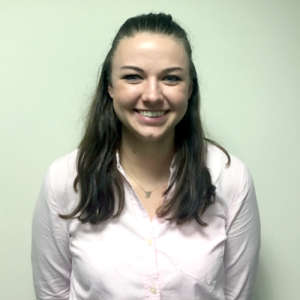 What Is Panic Disorder?

Panic disorder is characterized by repeated panic attacks. A panic attack is a sudden rush of strong fear or discomfort that is accompanied by a cluster of physical and cognitive symptoms, including heart palpitations, shortness of breath, dizziness, trembling, and fears of dying, going crazy, or losing control.

Panic attacks are common among all anxiety disorders but what sets panic disorder apart is that panic attacks are unexpected and occur "out of the blue" without an obvious trigger (American Psychiatric Association, 2013; Craske & Barlow, 2007). These unexpected panic attacks must be associated with a significant change in behavior or be followed by at least one month of persistent worry about having another attack or about what will happen if you have another panic attack.

Panic Attacks Quiz: Do I Have Panic Disorder?

In order to manage threatening situations, humans have evolved to experience a "fight or flight" response. As part of this response, when humans are confronted with a dangerous situation, their body mobilizes by sending blood away from their extremities (e.g. hands and feet) and into the major muscles, producing adrenaline, and increasing heart rate so that we are better equipped to fight off danger.

These physiological responses can actually help us to survive. However, sometimes we experience these physiological responses, like an increased heartbeat, that are not in the presence of danger at all, but something else entirely. In these cases, our bodies can misinterpret these physiological signals as being indicators of danger or a "true threat." For example, people may experience learned anxiety due to previous associations between elevated heart rate and panic attacks and may misinterpret bodily sensations as signs of imminent death or loss of control. In this way, one may start to fear these physiological responses, which is what we call "fear of fear" (Craske & Barlow, 2007). "Fear of fear" maintains or perpetuates panic attacks and panic symptoms, which becomes a vicious cycle. In other words, you experience an increased heart rate, which you interpret as negative, which makes you feel anxious, which further makes your heart rate increase and it often spirals from there. These associations may almost happen automatically, even without conscious thought, but this is what is likely going on behind the scenes.

The symptoms of Panic Disorder are clearly defined in the 5th edition of The Diagnostic and Statistical Manual of Mental Disorders.

There are multiple effective treatment options for panic disorder. These options include both psychological/therapeutic treatments and medical treatments.

Cognitive Behavioral Therapy (CBT) is considered to be the gold standard of treatment, especially for panic disorder. CBT focuses on educating clients about their disorders, identifying and changing maladaptive thoughts and fears, learning relaxation and other coping strategies, and helping clients face their fears. Research has shown that CBT for panic disorder is also effective when there are other comorbid disorders present as well and that the key component that makes CBT effective is the exposure ("facing your fears") module (Hofmann, 2011).

As is true for other mood and anxiety disorders, the use of Selective Serotonin Reuptake Inhibitors (SSRI's; e.g.., Paxil, Prozac, Zoloft), Benzodiazepines (e.g., Xanax, Lorazepam), and Selective Norepinephrine Reuptake Inhibitors (SNRI's; e.g., Cymbalta, Effexor, Pristiq) are common medical treatments for panic disorder. Additionally, D-cycloserine is a medication that is now being explored as a way to enhance effects of CBT (e.g., Hofmann et al., 2013). These medications may have side effects and taking them can lead to tolerance, withdrawal symptoms, and dependence, so it is important that you consult with a physician before starting or stopping these medications. There is evidence that taking one of these medications in addition to receiving behavioral therapy (e.g., CBT) can significantly benefit patients with panic disorder, although seeking psychotherapy in itself is largely effective (Arch et al., 2017).

Coping Strategies & Resources for Supporting Someone with Panic Attacks

One of the scariest early experiences in panic disorder is having a panic attack and not knowing what is happening to your body. By learning more about panic attacks and panic disorder, you can start to label and identify the experience that you are having. Although the experience of panic attacks is very distressing, having a panic attack will not cause you to die or to completely lose control and they do not mean that you are going crazy. Sometimes, just knowing what is going on can help people to feel better. For example, the next time you have a panic attack, you can tell yourself "this is anxiety. I have felt this before and I was okay."

This may sound counter-intuitive but trying to accept one's emotional experience can be very helpful during panic attacks. Remind yourself that anxiety is like a wave, what goes up must come down. Fighting against the experience engages the "fear of fear" cycle that can make you feel even worse. If you notice panic symptoms creeping up, label your experience and you remind yourself, "I will be okay. This will pass in time." Accepting your experience, rather than fighting against it, will likely help your panic symptoms reduce more quickly and will feel easier along the way.

Mindfulness involves spending time focusing on the present moment and using a nonjudgmental stance (things are not good or bad, they just are). This may sound straightforward but it can be tricky as our mind often wanders. Try to spend some time each day focusing on a single activity for 10 minutes. For example, focus on the experience of breathing: noticing the physical sensations that you have, the sound of your breath, the feeling of your chest rising and falling as you breathe, the feeling of air entering and leaving your lungs, etc. Try your best to keep your mind focused on these sensations. If you notice your mind wandering, gently redirect it back to the exercise. Engaging in these exercises on a regular basis can help you to feel emotionally centered. Check out websites, apps, and books for more information on mindfulness and guided mindfulness exercises.

Try your best not to avoid or push away feelings of panic. Instead, breathe into the experience and practice your acceptance (as described above). Avoiding situations or bodily sensations associated with panic attacks may seem helpful in the short-term because it helps to immediately make our anxiety decrease. But in the long-term, it is not helpful because it teaches our brains that those physical sensations were a "true alarm" or something to really be afraid of. Instead, if we approach the sensations and situations that make us anxious, perhaps a little bit at a time, we can rewire our brains over time to learn that these things are not so scary after all. By repeating this approach process over and over, you can begin to see that these physical sensations you are having are not so scary and this can help reduce panic symptoms in the future or at least make them much more manageable in the moment. Remember the saying, "avoidance is anxiety's best friend" because the more we avoid, the more anxious we tend to feel. So, try out approaching the things that make you anxious with an "I can do this!" attitude.

Panic disorder affects 2-3% of people every year in the United States and Europe, with varying rates depending on race and ethnicity. On average, Native American Indian populations experience panic disorder at higher rates than non-Latino white Americans. In contrast, African Americans, Latinos, Caribbean Blacks, and Asian Americans all experience the disorder at lower rates than non-Latino white Americans. In addition, it has been well established than females are twice as likely to be diagnosed with panic disorder than males (Asnaani, Gutner, Hinton, & Hofmann, 2009; McLean, Asnaani, Litz, & Hofmann, 2011). A number of factors (e.g., biological influences, temperament, exposure to stressors and trauma, cognitive factors, and environmental factors) have been identified as possibly influencing sex differences in rates of panic disorder (McLean & Anderson, 2009). However, no one theory has been determined so the underlying reason for sex differences in rates of panic disorder remains unknown.

The typical course of panic disorder begins in adolescence and peaks in early to mid-twenties, with symptoms rarely present in children under the age of 14 or in older adults over the age of 64 (Kessler et al., 2012). Caregivers can look for symptoms of panic attacks in adolescents, followed by notable changes in their behavior (e.g., avoiding experiencing strong physical sensations), to help potentially identify the onset of panic disorder. Panic disorder is most likely to develop between the ages of 20-24 years and although females are more likely to have panic disorder, there are no significant sex differences in how the disorder presents (McLean et al., 2011).

It is important to consider a cultural lens to best understand how panic disorder presents. Research has shown that there are cultural differences in the way people view panic attacks and in the way different racial and ethnic groups receive and perceive a diagnosis of panic disorder.

There is evidence for panic disorder-like diagnoses across cultures, such as ataque de nervios in Latin American communities. Research has shown that African Americans experience more functional impairment (i.e., impact on one's ability to complete daily activities) than non-Latino white Americans. This is not an exhaustive list of cultural factors related to panic disorder, but it does highlight cultural differences that may affect the presentation of panic disorder as well as individual differences in the interpretation of panic symptoms (Asnaani, Gutner, Hinton, & Hofmann, 2009; Hofmann & Hinton, 2014; Lewis-Fernández, et al., 2010).

Secondly, the psychobiological conceptualization of panic disorder emphasizes the influence of psychological factors (Meuret, White, Ritz, Roth, Hofmann, & Brown, 2006). This psychological factor refers to a fear of bodily sensations, or a certain set of beliefs that lead individuals to be especially afraid of physical symptoms, such as believing that a racing heart could mean heart disease. Sometimes this is discussed as anxiety sensitivity or a belief that anxiety is harmful. Again, having the belief that physical symptoms are harmful may increase the likelihood of experiencing a panic attack, but it does not make having a panic attack inevitable. Instead, panic attacks can seem abnormal if they occur at the wrong time when there is no real reason to be afraid. It is important to consider, however, that anxiety can also be adaptive or helpful in contexts where there is a true threat.

Until recently, the panic disorder was not distinguished from agoraphobia (distressing anxiety resulting from being outside the home, traveling via public transit, being in open or claustrophobic environments, or being in crowds that generally leads to extreme avoidance due to fear of not being able to escape in those situations; APA, 2013). As it stands in the current Diagnostic and Statistical Manual of Mental Disorders - 5 agoraphobia is one of the most common disorders to co-occur with panic disorder. Current estimates contend that just under 2% of teens and adults have agoraphobia (Kessler et al., 2012). Often, people associate panic attacks or their panic disorder with certain places, people, or events and the fear of another attack occurring can lead to comorbid fears of the location or idea that there is no escape, which leads to extreme avoidance. Panic disorder can also occur simultaneously with other anxiety disorders, such as Generalized Anxiety Disorder (GAD) and/or Social Anxiety Disorder (SAD), for example.

Depression also commonly co-occurs with panic disorder, with reports estimating comorbidity between 10-65% over one's life. This comorbidity is more likely to develop at the same time that panic disorder is recognized and diagnosed, although roughly 30% of people have major depression before meeting criteria for panic disorder as well (APA, 2013).

When Someone Is Having A Panic Attack

Below are some tips for you or your loved one to consider during a panic attack:

The following websites and brochures provide useful information for helping and supporting loved ones with panic disorder: