Why do some people cope with stress while others crumble? 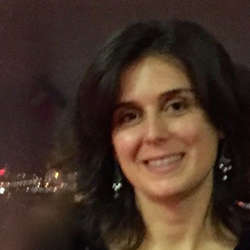 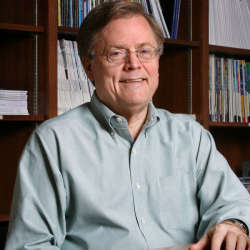 Why do some individuals succumb to stress and develop debilitating psychiatric disorders, whereas others adapt well in the face of adversity? Dr. Carla Nasca from the Rockefeller University in New York City talked with Dr. Bruce McEwen, the Alfred E. Mirsky Professor and Head of the Harold and Margaret Milliken Hatch Laboratory of Neuroendocrinology, to discuss how our brains respond to stress.

Dr. Carla Nasca: Let's start by talking about the beginnings of Neuroendocrinology. Your laboratory has paved the way for this discipline. One of the main neuroscience discoveries of the last century was your team's discovery of the adrenal steroid receptors in the hippocampus, a discovery that helped us better understand the communication between the brain and the body, and ultimately, the impact that stress has on our brains. To provide a little context for our reader, the hippocampus is important to the brain because it is a region of the brain enriched with adrenal steroid receptors that controls behavior, learning, memory, and many other high cognitive processes. Would you describe for us what led you and your lab to these discoveries?

Dr. Bruce McEwen: There is a lot of serendipity in this. In my postdoctoral work in Sweden, I became very interested in the hippocampus as a key brain region for behavior. At the beginning of my career while I was at Rockefeller, I decided to see if the hypothalamus, which controls neuroendocrine function, has receptors in the cell nuclei for adrenal steroids, since at that time the new mechanism of steroid hormone action was via gene regulation. In order to detect receptors for adrenal steroids, we had to remove the endogenous hormone that was occupying those receptors. Therefore, we adrenalectomized rats to clear their own adrenal hormones and injected radioactive tritium-labeled (3H) corticosterone. Thankfully, I happened to include samples of the hippocampus along with hypothalamus, and, indeed, it was actually the hippocampus that had the largest numbers of nuclear adrenal steroid receptors.

Dr. Nasca: Let's go back to an earlier phase, when you were introduced to concepts of gene-environment interactions while a graduate student in the Allfrey-Mirsky Lab, whose studies were pioneering in regard to what we now call Epigenetics. I like to use the metaphor of a book to explain what epigenetics means. If we think of the genetic code (DNA) as words in a book, the book must be opened in order for us to read it. Epigenetics, which affect the histone proteins associated with DNA in brain regions such as the hippocampus, allow us to open or close the book so the code for our genes can be read and, ultimately, translated into proteins. What prompted you to join the Allfrey-Mirsky lab and why is epigenetics so important?

Dr. McEwen: At that time, energy metabolism and oxidative phosphorylation were hot topics, and I actually joined that lab to find out how the cell nucleus generates ATP in order to transcribe DNA to RNA. In my Ph.D. thesis, I found that the cell nucleus operates like the mitochondria, but with a different terminal oxidase that is less sensitive to carbon monoxide. While developing this thesis, I was exposed on a daily basis to the beginnings of what we now call "epigenetics". My mentors, Dr. Alfred Mirsky and Dr. Vincent Allfrey, were way ahead of their time in that they wanted to understand how gene expression is regulated. Mirsky talked about "environmentally regulated gene expression" and recognized that identical twins, even with the same DNA, differed in many ways because of their different life experiences. Mirsky and Allfrey became interested in histones, proteins in cell nucleus that bind tightly to DNA, and they found that putting acetyl, methyl, or phospho groups on histones altered how tightly they bound to DNA. Now, in this new era of epigenetics, biomedical science recognizes that the DNA sequence is only part of the story of what genes get expressed and when and where this happens. Recently, we have taken an important step toward explaining the molecular origins of the mechanisms of resilience and susceptibility to stress by showing that genetically-similar mice (mice that share the same DNA) react differently to stress, with some developing behaviors that resemble anxiety and depression and others remaining resilient. This is terribly exciting, and we are continuing to work on understanding epigenetic brain mechanisms in relation to stress and sex hormone actions, and examining differences in responses to stress that shape the structure and function of the brain.

Dr. McEwen: We have found that there are estrogen (female hormones) and androgen (male hormones) receptors in many, if not most, brain regions of both sexes. These regions regulate mood, motor coordination, pain sensitivity, and memory, and do so by altering brain architecture and multiple neurochemical systems. We, and other investigators, have found that male and female brains have subtle sex differences in how they respond to stress and to other challenges. As a result, women have a higher frequency of anxiety and depressive disorders while men tend to show their response to stressful experiences with more antisocial behavior and substance abuse. The tendency to show these differences is programmed in early development through subtle differences in brain architecture and neurochemistry, and is also regulated by the circulating levels of sex hormones at the time of the stress.

Dr. Nasca: Along these lines, it is not only the genetic makeup, but also our life experiences, such as the environment (where we live and work) and our socioeconomic conditions that can shape and affect our behavior and physiology. Bruce, as you are used to saying, there is good and bad stress. Would you like to comment on this?

Dr. McEwen: Stress is an ambiguous term. We can talk about "good stress", where good self-esteem can help one rise to a challenge, usually with a positive outcome. Or, we can talk about "tolerable stress", where good self-esteem and good social and material support can help one remain resilient after a major life event like losing a job, a divorce, or a death. Or, we can talk about "toxic stress", where a major life event or even the routine stressors of daily life cause a downward spiral of poor mental and physical health via a process we call allostatic overload. Toxic stress occurs when there is inadequate social and material support, and it is also exacerbated by early life abuse and neglect that impairs self-esteem and self-regulation. Poor health behaviors, such as over-eating, smoking, alcohol, lack of exercise, and poor sleep, can accompany toxic stress and can serve to accelerate allostatic overload. Allostasis, the active process of coping with stressors via stress hormones and autonomic activity, leads to adaptation. However, allostatic overload means that those same systems are being over-worked and dysregulated through too much or too little cortisol, lack of parasympathetic/sympathetic balance, excess inflammation, etc. In other words, the mechanisms that lead to adaptation can also turn against the body and brain and cause damage in toxic stress.

Dr. Nasca: While the environment can have deleterious effects on our brains, there are now many studies showing the beneficial effects of exercise on the brain.

Dr. McEwen: Regular physical activity (at least an hour a day of walking and moving) is one of the most effective interventions to promote brain health, since it increases dentate gyrus neurogenesis, improves prefrontal cortical blood flow, enhances executive function and episodic memory, and helps with depression.

Dr. Nasca: The identification of mechanisms by which some people cope with stress (while others do not) points toward potential new markers that can help aid the diagnosis of stress-related disorders such as anxiety and depression. Recently, there has been enormous progress in neuroscience that can offer improved treatments for anxiety and depression. The next question is: how can innovations be communicated to those people who suffer from these disorders, such as depression and anxiety?

Dr. McEwen: It is important that scientists communicate their findings to the general public through various media outlets, such as Anxiety.org, and media events such as Brain Awareness Week, sponsored by the Dana Foundation in collaboration with the Society for Neuroscience. Furthermore, ongoing outreach efforts of neuroscience researcher communities, such as the Society for Neuroscience's public website, can provide useful information regarding research advances and the brain.

McEwen BS, Gray JD, Nasca C, Recognizing Resilience: Learning from the Effects of Stress on the Brain. Neurobiology of Stress 2015.