What your kids need to know about the drug 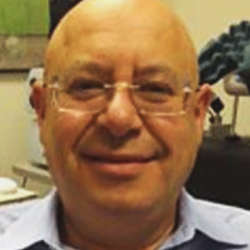 As the Director of the UCLA Anxiety Disorders Program, I've seen firsthand how the use of marijuana affects mental health. While reputable magazines and newspapers have published claims that marijuana can be helpful in treating several physical and mental conditions, these claims are NOT supported by actual scientific literature. Of the thousands of patients who have walked through my door, 33 percent of those with a panic disorder or social phobia can pinpoint their first panic attack to the use of marijuana.

This shocking statistic falls in line with the current medical impressions that long term and persistent use of marijuana could cause deterioration in mental health and cause anxiety, depression, and sometimes psychosis.

Though marijuana is the most used and abused substance in the world, some scientists believe that certain alkaloids of marijuana could help treat depression, panic and social anxiety. However, the pure medicinal marijuana drugs have yet to be approved or made available. Recent laws legalizing its use in several states and widespread medicinal use have only added to the confusion.

Here is what parents need to know in order to best explain marijuana to their teenagers (where the use of marijuana is most widespread and the risks are most obvious) or to even younger children who are receiving it for medicinal purposes:

According to the American Academy of Child and Adolescent Psychiatry (AACAP), the average age of first marijuana use is 14. That said, there is no question in my mind that the parents of a 12-13 year-old should start an open dialogue about the common effects and consequences of marijuana. This kind of parental monitoring has been proven to positively influence early adolescent behavior involving substance abuse.

This is understandably a difficult conversation to have, and many parents don't even know where to begin. For such a delicate, however important, issue as talking to your kids about marijuana, I recommend that parents do the following:

1. Explain Both the Benefits and Risks of Marijuana

The first time you mention marijuana in a conversation with your child, you have the opportunity to teach him or her about the benefits and risks that come with it. This is the time to fully introduce marijuana to your child. Go over how it helps lessen the severity of seizures in some people, how it eases pain in cancer patients, how people use it for fun, and how it can be harmful.

While its medical advantages continue to be tested, marijuana has already positively influenced the health world. Marijuana is medicinal when patients benefit from its effect and sometimes from side effects. Twenty states have been using marijuana as a form of treatment for debilitating diseases such as glaucoma, cancer, multiple sclerosis, epilepsy, HIV/AIDS, and much more.

Due to the popularity the issue of legalizing marijuana has gained, the media has been flooded with positive comments, feedback, and research on the drug. Current media emphasizes these health and lifestyle benefits, but have not done as well to raise awareness of the physical and mental health risks coupled with marijuana.

2. Explain the Difference Between Recreational and Abusive Uses

Medical breakthroughs have suggested that marijuana isn't as harmful as we once thought. As a result, people tend to use marijuana for fun. There are two ways that marijuana can be used for personal entertainment:

The line is fine, but it is up to you to draw it. Explain what moderation means to you.

Anxiety is a serious issue among children, teens, and adults. The mental limitations that anxiety imposes on its hosts prevent many from getting out of bed, interacting with others, and just plain trying in life. Having those issues sometimes leads young people to resort to drug use including marijuana to try to cope with these feelings. The fact is that exposure to marijuana may lead to earlier onset or worsening of anxiety or depression issues.

The first panic attack, which is a sudden and terrifying experience, could come from a single dose of marijuana or could develop over time. The same is true for fear and paranoia. Some of the mental issues such as persistent anxiety, lack of motivation, lack of concentration, depression, and psychosis can develop with persistent use. Recent biological studies showed that the brains of heavy persistent users of marijuana are profoundly affected. Your children need to know those risks. The choice is theirs, and while you cannot stop them from experimenting, encourage them to call you immediately if they have a bad experience with marijuana.

You may carefully mention that sometimes marijuana can have a calming effect (which they may have already experienced). In the future, more pure products could be used to treat anxiety or depression – those varieties are being developed but are not yet available. What is available produces variable effects and could likely hurt them over time. Discussing this could lead to your child being more open about their needs and more willing to obtain professional help.

As adults, we are more open to seeking help when anxiety becomes unmanageable. However, the teenage years are infamous for being a time in which we shy away from others, try to find our identities, and make a lot of mistakes. Many young adults suffer from anxiety. Fifteen million Americans suffer from Social Anxiety Disorder (SAD) and report symptoms at as young as 13. Those statistics alone should concern you of the impact of marijuana on pediatric psychiatry.

4. Explain how People get Addicted

Up to 10 percent of users show signs of psychological dependence on marijuana. You don't want your child to associate mental and physical escape from pain with marijuana. Daily use, which is common with prescribed medications, can lead to dependence because users will soon associate the high with normal, everyday life.

Explain the effects of marijuana, and how much is too much. You can talk about how it makes people lightheaded, forgetful, and even hungry. This will also help your kids determine if the effects are too strong. Although you may not have personal experience with marijuana, you can remind your children that marijuana inhibits normal brain activity. Depending on doses, marijuana can severely influence and impair the body and judgment. Remember that addiction to marijuana frequently leads to, or becomes associated with, addictions to other drugs and alcohol. You may need to explore other addictions when talking about marijuana.

5. Explain that Your Kids can Talk to You

Your child might know more about marijuana than you think. Ask them what they know, and see if they have any questions. This way, you can engage in a conversation rather than a lecture.

Take this as an opportunity to explain potential risks such as anxiety and addiction that you worry about. Then explain what the signs are, so in the event that something does happen, your child will know to come to you for help.

Although it might seem too early to introduce your child to drug culture, understand that your children listen to what you say. Your child will be educated about marijuana anyway, but you should be among the first to educate them. Marijuana is becoming more and more available, and less and less regulated. Media presentations are frequently confusing and controversial. Your child will tell you that it is easier at school to obtain marijuana than alcohol. Before your child hits his or her teen years, and starts closing him or herself off to you, engage in this important conversation. They need to know your opinion and hear your voice. Take this opportunity to be open with your child. Once they grow up, they'll have to make their own decisions without your help.