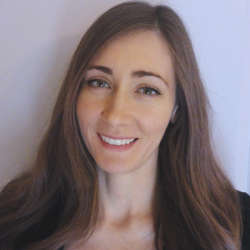 Do You Agree or Disagree?

Until several decades ago, many people agreed with these statements, but newer research shows that the opposite is true. Men do suffer from eating disorders, and are often concerned with their bodies. Appearance anxiety, disordered eating, and negative body image are not just "female problems." A large number of people in the U.S. worry about their appearance, weight, or shape. And while men may represent a slightly lower percentage of that number, their body issues can be just as anxiety-provoking.

Almost Half of U.S. Men Feel Dissatisfied With Their Bodies

Despite commonly held beliefs, past studies have shown that men:

Unfortunately, because Western culture has traditionally labeled these issues as "female issues," these problems went undetected in men for many decades.

One possible explanation for growing rates of body dissatisfaction is that the ideal male body type is changing and growing. Media portrayals of the male body (in film, magazines, and children's action figure toys) have become significantly more muscular. For example, you may have noticed that characters like The Hulk and G.I. Joe have bulked up over the years–putting on over 20 pounds of muscle by some estimates.

Changing body ideals are problematic because the standard body that men aspire to have keeps getting more and more difficult to attain. In fact, few men are able to achieve intense muscularity with little to no body fat. Many will turn to dangerous appearance and performance enhancing drugs like steroids to alter their appearance, or spend countless hours in the gym trying to increase muscularity.

When it Comes to the Media, Male Muscles Matter

You may be wondering what appearance anxiety or body image concerns look like for men. Their body image concerns often mirror our modern Western cultural ideals of male appearance: a desire to attain a lean, muscular physique with little body fat, wide shoulders, and narrow waist and hips. Men who strive for a muscular build with minimal body fat are said to exhibit a "drive for muscularity."

In extreme cases, men who are obsessed with gaining muscularity may begin to misperceive their own body and feel extreme dissatisfaction with their build. This is known as "muscle dysmorphia," or reverse anorexia, because men with muscle dysmorphia tend to see themselves as much smaller and less muscular than they are.

This distorted self-perception can have negative consequences, including:

Men who are dissatisfied with their body may also have high anxiety. For instance, a man with a strong desire to achieve the cultural ideal (i.e., drive for muscularity) and a distorted view of his appearance (i.e., signs of muscle dysmorphia) may experience appearance anxiety. This is known as social physique anxiety, which is the fear of negative evaluation of one's physique or body composition by others in public.

Theoretically, concerns about how others are evaluating one's body may contribute to body dissatisfaction and disordered eating behaviors among men, such as binge eating, highly restricting one's diet, vomiting, or skipping meals. In fact, recent research suggests that men with high social physique anxiety are more likely to report body dissatisfaction 6, drive for muscularity 7, muscle dysmorphia 8, lower self-esteem 7, 9, and disordered eating 10-11, perhaps in attempts to reduce feelings of anxiety.

Body Dissatisfaction is an Ever Growing Issue

Appearance anxiety or body image concerns are not unique to one sex or the other. Everyone is vulnerable, especially in a society that bombards us with unrealistic images of the ideal body. Men that experience anxiety about how they look should know that feeling some anxiety about their appearance is probably normal. In fact, according to some researchers, body dissatisfaction and appearance anxiety among men are becoming more and more common each year 5.

For women, the body ideal is extremely thin; for men, the ideal is extremely muscular. Think about male models you've seen online, on TV, or in magazines. What do they look like? Chances are they are very "cut," with large, well-defined muscles and no perceptible body fat. Now think of how few men you encounter in your daily life who actually look like these models. The gap between the body ideal (the body we feel like we should be striving for) and the average American keeps growing larger and larger. As this gap between ideal and reality grows, so does body dissatisfaction. Men may feel like they are not measuring up if they do not look like the images they see in the media.

As body ideals change and continue to become less realistic and harder to attain, it is only natural to assume that rates of body dissatisfaction will continue to increase as well. As the disparity between the average man and media depictions grow, so will body dissatisfaction. In addition, the ideal body type has not remained constant over time–it is constantly changing. This moving target can lead to anxiety as well.

While there isn't much you can do to change the way the media or society perceive the male ideal, you can overcome dissatisfaction with your body by becoming a critical consumer of media images. Dissonance-based media literacy programs, which aim to create new thoughts about media images that are inconsistent with currently held beliefs 12, have been shown to help improve body image and reduce anxiety about one's appearance among women 13. These programs work because the introduction of new, inconsistent ideas leads to psychological discomfort and often motivates people to change their beliefs in order to arrive at one consistent stance on the topic.

Three Exercises Men Can Use to Improve Body Satisfaction

While there have yet to be any research studies testing dissonance programs for men, it is possible that the underlying strategies used in the programs could help men improve their body satisfaction. Here are a few potential exercises for men who are hyper-focused on achieving the muscular ideal:

These exercises could help to reduce the importance men attribute to muscularity while positively impacting body satisfaction.

How Stress Affects Our Sense Of Taste

8Olivardia, R. (2001). Mirror, mirror on the wall, who's the largest of them all? The features and phenomenology of muscle dysmorphia. Harvard Review of Psychiatry, 9, 254-259.