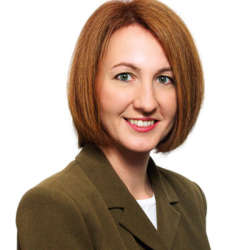 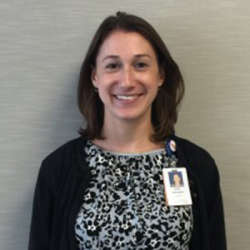 These are questions likely to be raised by someone suffering from Body Dysmorphic Disorder (BDD). Anxiety.org recently interviewed and questioned two BDD experts from Harvard and Massachusetts General Hospital about the subject. Dr. Sabine Wilhelm is the Director of the OCD and Related Disorders Program and Hilary Weingarten is a Clinical Fellow in Psychology. Their answers below are based on years of research and study.

What is Body Dysmorphic Disorder (BDD)?

People who suffer from BDD have a preoccupation with one or more perceived or real imperfections in their physical appearance. BDD sufferers will have negative thoughts about these physical flaws for at least one hour a day (and possibly much longer) and they may create enough emotional stress as to cause absences from work, social isolation, or to seek out unnecessary plastic surgery. Sufferers may also engage in compulsive and repetitive behaviors. In addition to a clinical interview, diagnoses may be made through a number of assessment tools including the Body Dysmorphic Disorder Questionnaire and the Body Image Disturbance Questionnaire.

Q: What are the causes of BDD?

A: It is likely that BDD is caused by a complex combination of biological (e.g., brain and chemical differences, genetic vulnerabilities), psychological, social, and environmental factors (Fang, Matheny, & Wilhelm, 2014). For example, BDD symptoms have been shown to correlate with the size of certain brain structures, and other BDD studies have documented over-activation of certain brain structures (Atmaca et al., 2010; Rauch et al., 2003; Feusner et al., 2009; Feusner et al., 2010; in Fang, Matheny, & Wilhelm, 2014). Research also suggests that those with BDD have stronger, more rigid beliefs about the importance of one's appearance, compared to those without BDD (Veale et al., 1996, in Fang, Matheny, & Wilhelm, 2014). A history of being teased or bullied, especially in relation to one's appearance, has also been suggested to contribute to the development of some individuals' BDD (e.g., Feusner, Neziroglu, Wilhelm, Mancusi, & Bohon, 2010; Weingarden & Renshaw, 2015).

Q: How is BDD treated?

A: The psychotherapy treatment with the strongest research support is cognitive behavioral therapy (CBT). CBT for BDD is an active, hands-on type of therapy. CBT sessions include a number of different components, including (1) cognitive restructuring, (2) exposure with response prevention, and (3) perceptual and attentional retraining.

Cognitive restructuring involves learning how BDD-related thoughts (e.g., "If I go to the store, everyone will be staring at my nose") affect our emotions and actions, and learning skills to evaluate biases or errors that may exist in those thoughts. Exposure with response prevention involves trying activities that patients have been avoiding because of their BDD, while reducing or eliminating BDD-related rituals or safety behaviors. For example, a patient may avoid going to the grocery store due to BDD-related appearance concerns, unless he or she is able to camouflage body parts of concern with loose clothing or makeup. In this case, an exposure could involve going to the store while wearing less makeup, and/or wearing clothes that do not camouflage the body part of concern. Exposure exercises provide an opportunity to challenge the beliefs that provoke anxiety (for example, this exercise would provide a chance to see whether or not people actually do stare while at the store).

Exposure exercises also allow patients to build confidence about their ability to do things that they enjoy doing or need to do, without being held back by BDD-related concerns. Typically, these exposure exercises begin with easier tasks that feel more manageable to the patient, and then the patient and therapist gradually choose more difficult tasks together as the patient builds confidence. Newer CBT interventions also incorporate perceptual and attentional retraining exercises. These exercises help BDD patients learn new ways of viewing their physical appearance that may be more objective, holistic, and non-judgmental. For example, when a BDD patient uses the mirror, he or she may be accustomed to sitting very close and focusing in on the body part of concern. Perceptual retraining exercises can involve practicing looking in the mirror while standing a few feet away and describing one's appearance objectively, from top to bottom, in order to learn a new way of viewing oneself in the mirror. Finally, CBT for BDD also involves practicing outside of therapy ("homework"), so that the skills patients learn with their therapist carry over into their life outside of therapy.

The medication treatments with the strongest research support are serotonin reuptake inhibitors (SRIs and SSRIs), or the same type of drugs typically used to treat depression and OCD. Generally, high doses of SSRIs are most effective for treating BDD. Beyond CBT and SSRIs, there has been little research testing other types of treatment for BDD at this point in time.

Q: What are the primary co-morbidities associated with BDD?

Q: Studies show that BDD is linked to major depression and anxiety disorders. How do these disorders relate to each other?

A: BDD does frequently co-occur with depression and anxiety disorders. In fact, some of the research shows that 75-82% of individuals with BDD have had comorbid major depressive disorder, 37-38% have had social anxiety disorder, and 30% have had obsessive compulsive disorder (OCD) in their lifetime (Phillips & Diaz, 1997; Gunstad & Phillips, 2003).

In the majority of cases, BDD may predate and contribute to depression and anxiety disorders. For instance, if a person's BDD-related appearance concerns prevent them from doing activities that they enjoy with friends or family, or keep them from leaving home, then this isolation and withdrawal can contribute to the development of depression. Often, clinicians may recognize and diagnose a patient's depression, but fail to diagnose their BDD (either because the clinician believes that BDD symptoms are part of the patient's depression, or because the patient does not disclose appearance concerns due to shame). On the other hand, there can certainly be cases where anxiety disorders and depression begin before BDD.

Q: Could a significant reduction in anxiety and depression also reduce symptoms of BDD?

A: There has not been a lot of research to help us answer this question. However, one study that followed individuals with BDD over 1-3 years (Phillips & Stout, 2006) suggests that decreases in depression or OCD symptoms at an earlier time point corresponded with decreases in BDD symptoms later. The reverse was also true. When BDD symptoms improved earlier, depression and OCD symptoms diminished shortly thereafter. This tells us that BDD is closely linked with depression and OCD. However, they are not one and the same. In other words, in a large percentage of BDD patients, BDD symptoms still existed after remission from either depression or OCD. Furthermore, for those individuals whose depression or anxiety stem largely from their BDD (for example, if one's depression is a result of perceiving that his or her appearance is flawed), it may be more effective to first focus on treating BDD.

Q: What is it that you know that the average therapist and sufferer of BDD does not know about how to avoid, live with, and/or treat the disorder?

A: One of the most common ways that individuals with BDD seek to improve symptoms is through cosmetic surgeries and procedures. In fact, 76.4% of individuals with BDD seek cosmetic treatment, and 66% of adults with BDD obtain cosmetic treatments (Phillips, Grant, Siniscalchi, & Albertini, 2001). However, one important piece of information for the average therapist and sufferer of BDD is that cosmetic treatments rarely (i.e., in only 2.3% of cosmetic surgeries or procedures) improve BDD symptoms in the long term (for a review, see Fang, Matheny, & Wilhelm, 2014). Given the risk involved with such procedures, as well as the low rates of BDD improvement following cosmetic procedures, it is not recommended as a treatment for BDD.