Two genes help identify those at risk for PTSD 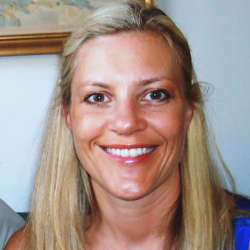 Post-traumatic Stress Disorder (PTSD) is a mental illness that can occur after exposure to severely traumatic events, such as military combat or violent attacks. This is the only mental disorder which requires the presence of an external event for a positive diagnosis. The symptoms of PTSD include:

These symptoms can be so severe that they interfere with normal function, such as work, school, or family interactions. The prevalence of violence in large cities suggests that many people will experience traumatic events; however, only a fraction of those who survive a trauma will go on to develop PTSD. The estimates of PTSD prevalence in the general population are around 10 percent, meaning that 90 percent of people who experience terrifying situations will recover from the initial stress reactions. This statistic alone indicates that some people are more vulnerable, and others more resilient, in the face of trauma.

There are many factors that contribute to that vulnerability, but genes appear to be one of the ways in which some people are biologically more predisposed to having PTSD. In this way, PTSD provides the ideal context in which to study nature (genes) vs. nurture (extreme environmental impact) in mental illness. Twin studies have long ago shown that PTSD is heritable, however, identifying specific risk genotypes has been challenging because such research requires DNA from a large number of people.

Our recent studies at the Grady Trauma Project, where we interview and collect saliva samples from thousands of people from inner city Atlanta, have indicated several potential genetic markers of risk. Two of these genes, FKBP5 and ADCYAP1R1 , are involved in the hormonal stress response and are associated with changes in the brain that regulate fearful emotions. A polymorphism (i.e. mutation) in the FKBP5 gene is associated with either risk or resilience for PTSD.

Specifically, individuals who have the resilient genotype do not show increased symptoms of PTSD even if they have experienced multiple instances of child abuse. Polymorphisms in the second gene, ADCYAP1R1, appear to increase risk in women but not men. This particular gene is responsive to cycling levels of the female hormone estrogen, so that between puberty and menopause, women are most vulnerable to PTSD. Research has shown that women are twice as likely to develop PTSD as men. At least a part of that discrepancy comes from female biology.

Understanding the genetic and biological foundations of vulnerability will enable better medical procedures in the future; ideally, individuals with different gene polymorphism would get different, more targeted, treatment. However, it is important to remember that one's genotype does not solely determine one's fate. While a single gene cannot determine if someone will get PTSD, mutated genes can suggest increased risk.

In addition, there are many factors that can counteract this genetic risk and protect the individual from its effects even if a trauma occurs. One of those factors is a supportive social network in the aftermath of trauma. Having friends and family to provide emotional and physical support goes a long way to buffer the effects of the traumatic experience. Another resiliency factor is optimism and humor. As difficult as it may be to see the silver lining after a horrifying experience, if a person is able to find and appreciate it, they are much less likely to develop PTSD, even if they were born with the risk genes.