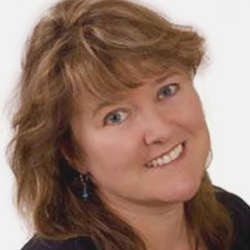 Let me tell you a story about Joseph. Joseph was a 63-year-old man with extensive metastatic renal cancer. His wife had requested his medical team visit him because of her concern about his increasingly erratic behavior and mood.

Despite being mobile and previously very sociable, he refused to leave their small house, becoming very anxious whenever he had to attend clinic appointments or other commitments, including a family wedding (which once he would have relished). As a dog-lover he used to love to walk his dog daily in the local woods, but he had given this up too.

Joseph had pain at the base of his spine from a known deposit, which was worse when sitting for prolonged periods. So staying mobile actually helped the pain—but didn't help him rest or relax. As a result he was pacing his living room endlessly, unable to get out, but unable to sit and relax from his increasing distress. As his pain climbed, so did his anxiety.

A clinical psychologist assessed Joseph with high levels of anxiety about his pain, which could play a significant role in the progression of his disease. Pain became the primary target for treatment, and his opiate pain medication was increased, but on review a week later, there was little effect on his anxiety. Despite further efforts to deal with his pain—including a short course of radiotherapy—it remained resistant, and his anxious pacing continued.

With further probing, he talked about his overwhelming wish to end his days at home, and admitted that he greatly feared collapsing outside the home and being taken to the hospital, where his worst nightmare would happen: he would die in a noisy, chaotic ward. This anxiety forced him to stay at home, but pain stopped him from sitting down and enjoying his usual interests of film and music.

His multidisciplinary team helped him prepare an anticipatory care document which clearly stated his wishes for his last days, and outlined on what terms or in which situations he would accept care in hospital. The document also outlined how his ongoing needs would be managed by the palliative team in the community and was circulated to all relevant members. With a copy on his person, he felt more confident to leave the house and especially walk his dog; this helped to significantly restore an important contribution to his quality of life, as well as restore the quality of his sleep and the expansion of his pain threshold. With further changes to his pain management, some simple techniques to help control any feelings of anxiety outside the home, and the help of the occupational therapist to make changes in his furniture at home, he was able to control his pain better and relax.

The Effect of Quality Palliative Care on Anxiety

This case history demonstrates how anxiety may aggravate pain and disrupt the management of a person with a terminal illness. Joseph's fear of being trapped in a hospital adversely affected Joseph's behavior and negatively impacted his pain management. But once pain and anxiety were properly assessed and identified, effective strategies were put into place to help improve his situation.

As many as two-thirds of those with incurable cancer, for example, experience pain severe enough to need a strong opioid painkiller, and this proportion is similar or higher in many other advanced and progressive conditions.1 It's a mistake to assume that anxiety is no more than an understandable reaction to a progressive or incurable illness. Making this assumption means ignoring important underlying factors that can be effectively managed. It also risks worsening pain, depression and other problems, which add to the patients suffering.

So, how do doctors, loved ones, and patients ease anxiety and pain? Both pain and anxiety levels must be assessed for a successful intervention and treatment of pain. With these treatments in place, patients can better enjoy the time they have left. Seeing how proper palliative care improved Joseph's life, read my next installment to learn how to properly assess your loved ones physical and emotional needs.