How faith and religion affect the LGBT community's mental health 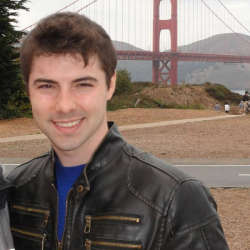 Religion and spirituality can provide a strong anchor in many people's lives, and the benefits of spirituality range from having a sense of community to fostering a desire to better oneself. In fact, in general research has shown that faith is associated with greater positive mental well-being.1,2 For example, a recent Gallup poll showed that well-being was highest in very religious individuals,­­ across all major faith traditions.

Unfortunately, for many lesbian, gay, bisexual, transgender, and queer (LGBTQ) individuals, their religion of upbringing can be less than welcoming of their same-sex attraction or non-cisgender identity. Likely partially because of potential rejection, a lower percentage of LGBT Americans identify as very religious compared to their cisgender heterosexual counterparts.

Religion is a Valuable Method for Coping with Stressors

Religion's role in coping with the stressors LGBT people face is a complex one. For their heterosexual, cisgender counterparts, religious and spiritual beliefs and practices can provide strong support during difficult times. Similarly, religious support can also help LGBT individuals dealing with minority stress. However, non-affirming religious beliefs about same-sex attraction or gender identity (and similarly non-LGBT friendly congregations) can actually exacerbate minority stress, specifically internalized homophobia, which itself is associated with increased suicidal thoughts.3,4 The good news, though, is that affirming religious beliefs can help ameliorate these stressors and negative outcomes.5

Loss of Faith Can Have a Negative Impact on LGBT Individuals

Coming out can challenge one's faith in multiple ways: for example, LGBT people may lose their faith if they feel they must choose between their religious beliefs and their sexual or gender identity. In another scenario, an individual's choice to come out may lead to rejection from their spiritual community, even if his or her own faith remains strong. If faith can help defend against mental health concerns, including anxiety and depression, then what can the loss of faith bring about for the LGBT person?

1. A Sense of Groundlessness

When growing up with a specific belief about right and wrong and the pathway to redemption, heaven, or nirvana, one has a greater sense of direction and meaning tied to life. When this grounding is questioned or removed, it can trigger deep existential anxiety.6 One of the benefits of religion is that it can help us have answers to existential concerns about death, loss, and meaning. Without these benefits, a person may find themselves questioning fundamental assumptions they made about how to live.

2. A Rejection from One's Community

One of the often cited benefits of religion is a sense of community, either through a local church (or synagogue, temple, or mosque) or through a personal identity and affiliation with a larger community. If this community is lost, then the person may be suddenly without a significant source of social support.

3. A Disconnect from Family

Individuals' relationships with their family of origin are often important, despite the stressors that may be present in any given family. Families can provide emotional support during times of need and also a sense of continuity from one's early development to their current position in life. When an individual finds their religious or spiritual faith moving away from their family of origins', then their connection to their family, which may already be tenuous due to their LGBT identity, may be strained even further.

The Positive Aspects of Re-Examining Faith

At the same time, by potentially contemplating tough questions about one's authenticity, spirituality and existential choices, LGBT individuals may be able to come through the other side much stronger than before. The potential for growth is strong after confronting existential issues openly and honestly. Among other things, a re-examination of faith can allow LGBT individuals to develop:

1. A Renewed Sense of Faith and Deepening of Spiritual Life

Through confronting the beliefs of one's religion, a person may be able to reflect more freely and systematically about important spiritual questions. For example - What is really important to me as a person? What are my values? What kind of person do I want to be?

2. A Discovery of a New Community

Finding a new community of people, religious or otherwise, who have shared values can be an essential step in the coming out process. LGBT people often ask in some form, "Where can I find like-minded people who are also open to my expression of gender and sexuality?"

3. A Re-connection with Important People and Relationships

Though one's family of origin may be of a different faith, the LGBT individual may still maintain or develop a strong relationship regardless of surrounding circumstances. In addition, many LGBT people find it important to develop new, deep friendships that can result in a family of choice. At the end of the day, people always seek to be accepted for their authentic self by their family, in whatever form it takes.

LGBT Individuals Don't Have to Choose between Identity and Spirituality

Faith plays an important role in the lives of many people all around the world, providing support in difficult times and often also boosting one's general mental well-being. LGBT individuals are no exception - though their relationship with faith may be complicated in the case of non-affirming religious beliefs or potential rejection from spiritual communities, spirituality and religion can still be integral to the lives of LGBT individuals. You don't have to make a choice between your religion and your sexuality or gender identity. It's always possible to find affirming and accepting spiritual communities that can provide validation, support, and a basis for good mental health.

LGBT Panic Attacks When Others Discriminate