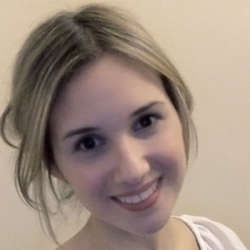 Sara Pawlowski, M.D.
from University of Vermont College of Medicine 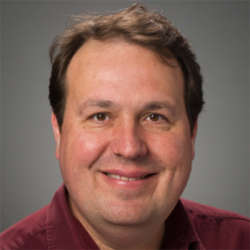 Q. What do Bill O'Reilly, Richie Incognito, Scut Farkus, and Madame Mao have in common?

A. The Fox commentator, the NFL guard, the character from A Christmas Story, and Chairman Mao's wife have all been accused of being bullies.

For much of history, bullying has been understood as a natural and mostly harmless experience that unlucky children endure as part of growing up and then forget with the passage of time. The caricature of a bully on the playground as a large, intimidating boy with two or three sidekicks who antagonizes another person at first but then eventually receives his comeuppance has been portrayed in classic films such as My Bodyguard and Stand by Me. Unfortunately, accumulating research evidence and many high profile suicides and revenge assaults reveal bullying to be a more complex phenomenon with potentially long-lasting effects that rival those of other more recognized types of child maltreatment.

Bullying is defined as repetitive acts of aggression (physical, verbal, in person or online) in which there exists a power imbalance. Robert W. Fuller, an American author, was the first person to use the term rankism to describe abuses based on perceived social rank and hierarchy. He views this as the foundation for abuse in the school and workplace. Often bullying can be covert and hidden because social rank and peer abuse may be difficult to discern. Nevertheless, victims can find themselves suffering from anxious and angry ruminations over previous events while at the same time fearing additional bullying events in the future.

Despite the stereotypes, bullies and bully victims come in many forms. Bullies themselves can be socially unskilled ("delta bullies") or popular ("alpha bullies), male or female, working in packs ("mean girls") or on their own, and can be either children or adults. Victims vary just as much. Moreover, there are many who vacillate between the roles of bully and victim (this group is called "bully-victims"). Ultimately, which role someone occupies in the bullying cycle can oscillate throughout their lives, as bullying continues into adulthood on college campuses, in academia, in the workplace – and even in politics.

While bullying often peaks in the middle school years and early adolescence, the persistence of bullying into adulthood is increasingly appreciated, as are many of the long-term consequences. With the notion that bullying is a stress deeply felt within the body, victims are more likely to present for medical attention for physical symptoms, such as nightmares, chronic abdominal pain, or headaches. Victims may also manifest intense anxiety in social situations, depression and suicidal thoughts, attention problems, and poor grades. Some may even start missing school altogether, and it is estimated that a total of 160,000 days of school are missed each year because of bullying. In these ways, people who experience bullying show symptoms similar to those who are victims of domestic violence.

While many of these statistics are concerning, there is also some good news. Recent data suggest that the overall level of bullying among youth may be declining in recent years. In addition, a number of strategies have been shown effective to address bullying both on the individual level and more broadly within communities.

Here are six important tips if you or someone you love is engaged in the bullying cycle:

In sum, mental health experts now appreciate bullying as a form of abuse, which can negatively impact a person's mental well-being on a scale similar to the trauma of domestic violence or being removed from one's family. As a chronic and perpetuating stress on the mind and body, the bullying cycle can only be broken with the combined efforts of children, parents, educators, and health care professionals all working together

How To Counteract Bullying In The Workplace