Stellate Ganglion Block (SGB): Is it a PTSD miracle cure? 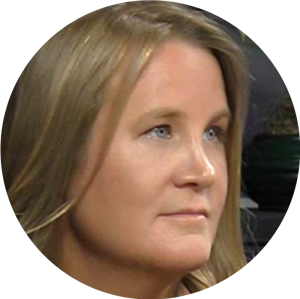 How an Injection in the Neck May Reduce Trauma Symptoms

In recent months, there has been a surge of interest in the Stellate Ganglion Block (SGB) procedure as a treatment for symptoms of anxiety and trauma. This has included completion of a 3-site randomized controlled trial published in a top tier medical journal (JAMA Psychiatry) and several features in the media and popular press, including 60 Minutes and WGN-TV.

When any new procedure, intervention, or treatment has not reached a tipping point in general awareness, some people may view it as “new” and “fringy.” In fact, SGB has been used since 1925 - almost 100 years. It has long been documented in medical literature as a treatment of choice for certain pain-related conditions, typically offered by anesthesiologists.

SGB, as an intervention for trauma symptoms, arose from a line of thought that views PTSD as a largely biological condition, with psychological and emotional components that are maintained by a shift in normal biological functions. In other words, after trauma exposure, our baseline functioning may change in dramatic ways. In some cases, we become stuck in “fight or flight” mode - which can be observed in certain types of brain scans.

A clear explanation was shared by Dr. Mehmet Oz on the Wendy Williams show:

“It’s a natural instinct to be overreactive if you’ve been traumatized….the amygdala sends out these warning signs - be careful, watch out, it’s bad…the amygdala becomes overactive.”1

It may be helpful to think about the sympathetic nervous system as being somewhat like an engine. Under normal conditions, we are in “neutral gear,” a relatively relaxed state not associated with feeling threatened. However, extreme stressors can shift and lock us into a higher gear, where we may remain for years or even decades.  Many of my Vietnam veteran patients have described this state as “feeling constantly revved up and being unable to throttle down.”

Common indicators of this altered biological state include symptoms like disrupted sleep, anger attacks, overwhelming panic, difficulties concentrating, a feeling of constantly being on “high alert”, and a strong startle response - in other words, the “hyper-arousal” cluster of trauma symptoms.

How does SGB work?

SGB involves injecting a widely available, commonly used anesthesia into a bundle of nerves in the neck, just above the collarbone.  The injected medication has the short-term effect of soothing and “re-setting” the over-active nerves, operating in the same temporary way as the Novocaine administered by a dentist2. To return to the earlier analogy, SGB seems to manually pop a “stuck gear” back into “neutral.”

I first became involved while serving at the VA when a former Special Forces Medic requested SGB. He had worked very hard in therapy, even taking a sales position at a local hardware store in order to expose (and presumably habituate) to an extremely stressful environment. Yet, even after months of intensive therapy, his trauma symptoms were still impacting his quality of life. Like many who suffer from trauma, his life had narrowed to a limited set of activities. He was unable to consistently feel warm and loving feelings for his family, and he would “jump out of his skin” whenever his granddaughter came up behind him.

I collaborated with a medically qualified physician to treat him. I stood right next to my patient in the operating room, and I sat with him in post-op when he cried tears of relief to feel released from his constant state of “fight or flight.” I followed him (and several other cases) for months after their SGB procedures and received convergent reports from their loved ones about the profoundly positive shift in their quality of life as a result of SGB.

Dr. Eugene Lipov is widely regarded to be a pioneer in making the link that SGB has promise for the treatment of trauma symptoms. For well over a decade, since he published a case study on the use of SGB for PTSD in 20083, Dr. Lipov has been refining and advancing innovation of the use of SGB for trauma.. Yet, despite the fact that thousands of patients have found relief from anxiety with SGB, relatively few trauma sufferers are aware of it. A major reason for this is that research and practice have mainly occurred within active duty military contexts. For example, Dr. Brian McLean, one of the most productive SGB providers in the country, has done hundreds of SGB procedures to address trauma-related symptoms in active duty soldiers at Tripler Army Medical Center (Honolulu, HI). Other SGB providers have included physicians who have also spent much of their career within active duty settings, including Drs. Sean Mulvaney and Jim Lynch, and other teams of physicians at Ft. Bragg, Walter Reed Medical Center, the US military base in Landstuhl, Germany, and Madigan Army Base in Ft. Lewis Washington.

Physicians operating within the Department of Veterans Affairs have also helped to advance the practice of SGB, including Dr. Colin Fernandes from the VA Northern California Health Care System, and a group of providers who are leading efforts at the Long Beach VA. Due to the efforts of these pioneering physicians, SGB is considered a “go to” intervention within several units within special forces and within select military hospitals and a handful of VA hospitals.

In the final analysis, the civilian/military divide has led to a nearly total lack of awareness of this procedure within the civilian population. For instance, Ft. Bragg, where many of these advancements have been made, is as mysterious to most Americans as Area 51. Few Americans have direct contact in their entire lifespan with any active duty or prior service members who have been part of the fabled military units based at Ft. Bragg, including 82nd Airborne, XVIII Airborne Corps, FORSCOM, USARC, 18th Aviation Brigade, 4th Medical Command and the US Army Special Operations Command.

Is SGB safe and effective?

One of the greatest barriers to understanding the potential value of this procedure is widespread misunderstanding about the concepts of “FDA approval” and “off label use.” Legally, those who provide SGB for trauma symptoms are required to state that SGB is not FDA-approved for use with trauma symptoms. The phrase “not FDA-approved” raises the specter of an “unsafe” or “dangerous” procedure or something that is “untested.”

As mentioned, the medications used are FDA-approved anesthetics and SGB been used to treat pain conditions for nearly a century. For the past decade, SGB has been applied to symptoms of trauma in the same way that aspirin is used to reduce risk of heart attack. Aspirin is also “not FDA-approved” for use in this way - like SGB, it was also primarily developed to treat pain, but has shown clear promise in many documented medical cases for reducing cardiac risk factors.

Research continues to emerge on this new application of a long-established procedure. Outcomes of a recent multi-site, randomized clinical trial, published in JAMA Psychiatry, are promising. Researchers describe Stellate Ganglion Block as a “safe, routine procedure” and state that “results are congruent with case reports and case series that have reported improvements in PTSD symptoms after SGB4.”

In comparison to other invasive interventions, the risk of negative outcomes is low. In a 1992 survey of 45,000 individuals, the incidence of severe complications was 1.7 per 1000 procedures, with no fatalities reported5. Additional safety precautions have been developed since this study. To ensure correct placement of the injection, medically qualified providers use ultrasound, fluoroscopy, or computed tomography to help visualize the injection area.

When it works as hoped, positive effects on the biological symptoms of anxiety are immediate and results often last for periods spanning several months to many years. Whereas a sizable number of patients in weekly trauma therapy may be lost to follow up, patient drop-out from treatment is generally not a factor with SGB.

Treatment gains are often observed after a single injection, although some of my co-treated patients have required a sequential block in two locations, a method developed and refined by Dr. Lipov. While insurance does not currently cover SGB, the total cost typically ranges between $1200-2000, which is often less than the cost of a treatment plan involving medications and/or long-term therapy.

Is SGB a “miracle cure”?

In a word, no. This perception is possibly driven by increasingly common patient reports of outcomes when SGB is effective. There are some interesting themes in the report of patients who receive SGB. Specifically, patients who have no acquaintance with each other have tended to say things like “it’s the first time in a long time that I feel calm in my own body,” or “it’s weird, but it feels like someone just lifted a thousand pound weight off my chest.”

What I’ve observed is that SGB acts as an accelerant to high quality follow up care. When we are in fight or flight mode, our cognitive functions are negatively impacted. Difficulties with concentration are part of the identified “hyper-arousal” symptoms of PTS. Specifically, encoding and retrieving memories or integrating new learning becomes very challenging. As a psychologist who has deeply collaborated with physicians who provide SGB, I have observed that many of the insights discussed prior to SGB have been more easily applied following the procedure.

SGB seems to provide a window of opportunity that allows for a re-set of the psychological and emotional patterns associated with trauma. However, unless individuals seize the opportunity, and apply what they have learned to form new patterns, their symptoms are more likely to return. As an analogy, think about the "re-set" achieved from a satisfying vacation. If we maintain healthy well-being practices after the vacation, we are much more likely to maintain these gains. However, if we drop back into a highly stressful work or home environment, eventually our adrenaline will go back into overdrive.

To conclude, while SGB is not a “miracle cure,” and it is not the only approach that can work, it has real promise when used in combination with high quality follow-up care.

2. With gratitude to Ms. Kristine Rae Olmsted for providing this analogy on a radio interview about SGB.