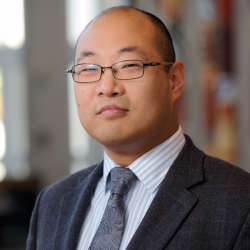 It's almost that time of year when youth athletes prepare for the summer and new fall season. With this in mind, it's important to discuss safety on the field, especially how traumatic brain injuries (TBI), such as concussions, can impact one's physical, mental, and emotional health. A concussion is a mild traumatic brain injury caused by a direct hit to the head, with or without being "knocked out." However, indirect causes can also bring about a concussion. For example, a hit to the torso, such as a tackle seen in football, may indirectly cause a concussion.

The Center for Disease Control and Prevention estimates that 1.7 million TBIs occur each year. Of these, about 75 percent are concussions, with sports-related injuries accounting for roughly 300,000 cases per year. Sports concussions are the second-leading cause of TBIs, after motor vehicle accidents for young people ages 15-24.1

Anxiety and depression are common side effects of these injuries, which can be caused by the psychosocial effects of the injury and/or by the injury itself. In fact, new research findings suggest that those with light or noise sensitivity after a concussion may be more likely to have difficulties with anxiety.2 Even for those who experience less severe brain trauma, they can still develop anxiety as a result of their injury.

How can you tell if you or someone you know is suffering from a concussion? Here are common physical, mental, and emotional effects of a concussion:

Most concussions fully resolve within one to two weeks for adults and an average of 7 to 10 days longer for younger children. However, it is also not rare for symptoms to last for weeks to months, and sometimes even years. When they do, this is called a post-concussive disorder. Fortunately, the majority of these types of injuries eventually resolve on their own. However, when one is injured, even without loss of consciousness, it is important to be seen and then cleared by a physician. After a head injury, seeking proper medical care as soon as possible is a critical first next step.

Often ignored in the recuperation process, however, are the mental and emotional effects that can stem from concussions and similar brain injuries. Although attending to the physical symptoms of a concussion is crucial, seeking help for anxiety and depression that may result is just as vital to a full recovery.

How Youth Sports Can Prevent Panic Disorder In Adulthood