Problematic Smartphone Use and Its Relationship to Anxiety and Depression

Smartphones are a miracle of technology. They allow nearly instantaneous global communication. They can help you navigate the most unfamiliar cities. And they give you access to expert-level advice and information. Not only that, but most of these devices can take professional-quality photographs, broadcast live recordings of events, and even help you find a romantic partner. They are affordable enough that they have become a prominent feature of modern society.

All things come at a cost, though. It has become increasingly clear that using a smartphone while driving1 or even walking2-3 greatly increases your chances of a deadly accident. The more smartphones in use, the greater the chance you will have a smartphone-related accident. Smartphone use is also associated with worse physical fitness4 and academic performance5 among students. Although they have their many perks, using these devices can have consequences.

Increasing evidence suggests that the negative effects of smartphone use might also extend into the realm of mental health. Problematic smartphone use - compulsive or excessive - could worsen symptoms of anxiety and depression. Research has found that some individuals experience intense anxiety when separated from their phones6, and some even exhibit withdrawal-like symptoms if they can't check their device7. Given these findings, it is possible that certain forms of smartphone use could cause or worsen symptoms of mental illness.

With the prevalence of smartphones and their social acceptance at the dinner table, it is imperative to understand that how we use them affects our mental health. If smartphone use can cause mental illness, we could have a major public health problem on our hands. To examine this, psychologist Dr. Jon Elhai and his colleagues conducted a systematic review of the literature of smartphone behaviors8. The researchers identified 23 peer-reviewed articles that investigated the relationship between problematic smartphone use and symptoms of anxiety and depression. They used these studies to develop a broader picture of how these factors were related.

The researchers found that smartphone use was in fact associated with symptoms of anxiety and depression, as well as increased experience of stress. The more participants used their smartphones, the more likely they were to experience symptoms associated with these disorders and report being stressed. Why might this relationship exist?

It is possible that problematic smartphone use represents a form of addiction similar to internet addiction9. Most people find it rewarding to check their apps and notifications. But some can become addicted to this positive feeling, compulsively checking their phones for updates. Such behavior could become stressful, leading to worsening symptoms of anxiety and depression10. The "fear of missing out" (FOMO) could partially drive this cycle7, leading smartphone users to anxiously check their phones for fear of missing out on important social events or interactions. With smartphones so central to society, is mental health doomed because of technology?

Before worrying too much, keep two important facts in mind. First, the researchers found that the effects greater smartphone use were weak to moderate, meaning that it does not guarantee worse mental health.

Second, and perhaps more importantly, the studies examined were correlational, meaning that it is not clear if smartphone use causes symptoms of mental illnesses or if symptoms of mental illness cause greater smartphone use. For example, perhaps a depressed person is more likely to use their smartphone to seek out social interactions or evade their negative thoughts. Similarly, an anxious person might be driven to check their social media feeds by an anxiety such as FOMO7. And it might be that someone experiencing increased stress is more likely to check their smartphone as a distraction. These cases would lead to greater smartphone use without ever causing negative effects. Here the smartphone use may be a symptom rather than a cause.

We still have much to learn about problematic smartphone use and its relationship to anxiety and depression. It is unlikely that smartphone use causes any substantial spike in mental health problems for most people. However, it is worth keeping in mind that your symptoms of anxiety and depression might be related to how you use your phone. If you are concerned, discuss this issue with a trained mental health professional. 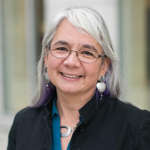 4. Lepp, A., Barkley, J. E., Sanders, G. J., Rebold, M., & Gates, P. (2013). The relationship between cell phone use, physical and sedentary activity, and cardiorespiratory fitness in a sample of US college students. International Journal of Behavioral Nutrition and Physical Activity, 10, 79.