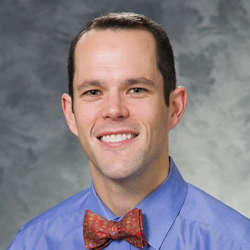 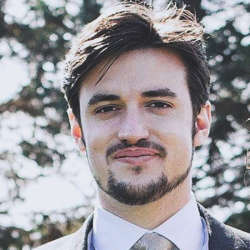 Combat exposure, by itself, may not explain why so many of our war veterans come back home bearing the burden of Post-traumatic Stress Disorder (PTSD), according to our recent study published in Depression and Anxiety. Our study is the first of its kind to examine together, within a single framework, the impact of childhood maltreatment experiences, combat exposure, and combat PTSD symptoms on functional brain connectivity. For our study, we recruited young veterans from Operations Enduring and Iraqi Freedom, and then examined how childhood maltreatment, combat, and combat PTSD symptoms were associated with resting functional connectivity of the amygdala and hippocampus.

What's so Important About These Brain Regions?

The amygdala is a key node in generating the brain's fear responses, while the hippocampus is capable of gating fear responses by helping to determine whether a context is safe or dangerous. Both the amygdala and hippocampus are connected to the prefrontal cortex, which can inhibit amygdala-driven fear responses. In doing so, the prefrontal cortex also takes in information from the hippocampus to decide whether or not to inhibit the amygdala and, in turn, fear. When these brain regions communicate effectively with each other, it allows us to be afraid when we should be, and to stop being afraid when danger has passed. Our study findings show, however, that these circuits may be disrupted in different ways by childhood maltreatment and combat PTSD.

We found that childhood maltreatment experiences were associated with weaker connectivity of the amygdala and hippocampus to the ventral (closer to your chin) prefrontal cortex. The ventral prefrontal cortex is known to automatically regulate fear and emotional responses, suggesting that childhood maltreatment may create vulnerability for PTSD and other mood and anxiety disorders by weakening this circuit. In contrast, combat PTSD symptoms were associated with weaker connectivity of the amygdala and hippocampus to the dorsal (closer to the top of your head) prefrontal cortex. The dorsal prefrontal cortex is important for more conscious, effortful control of fear and emotions, as the thinking and planning part of the brain. Our results suggest that, if one loses strength in the ability of this part of the brain to talk to the hippocampus and govern the amygdala, then full-blown PTSD could result. In short, our study points to a "two-hit" model of adult PTSD as a neurodevelopmental illness. Childhood maltreatment experiences may weaken the ventral fear inhibiting circuit, but it is only with additional loss of the dorsal fear inhibiting circuit (presumably due to combat) that full PTSD may arise.

The Importance of Healthy Brain Development

Our findings are important because they shed further light on the idea that early life stress can lead to devastating mental illness later in life. The deficiencies in the specific connections we highlight in our study may help clinicians develop more specific treatments for youth who have been victims of maltreatment. Our findings also suggest that, even in adulthood, it may be helpful to strengthen these brain circuits, particularly when very stressful times, such as combat, are on the horizon.