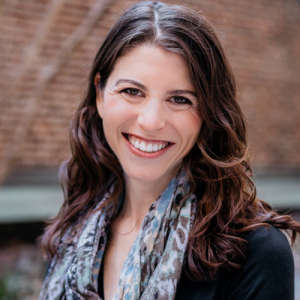 As any parent who has ever left their infant or young child in the care of an unfamiliar adult for a day knows, parent-child separation can be incredibly stressful and emotionally painful for children. In the absence of their “secure base1,” children may spend portions of the day or in some cases the whole day, crying inconsolably, refusing food and drink, or begging to go home to be with their parents.

These intense responses to temporary separation belie the fact that children are, evolutionary speaking, hardwired to respond to separation from their parents as though it were a matter of life or death. In fact, the visible pain and fear that children experience during periods of separation are only part of the story. What remains unseen by the naked eye are the drastic spikes in stress hormones that take place within children’s bodies following separation from their parents2, essentially preparing them to fight or flight from this perceived danger.

The Horror of Prolonged, Parent-Child Separation

While children typically recover quickly from the emotional and physiological sequela of brief episodes of separation, extended separation can exhaust children’s bodies3 and brains4, thus placing them on adverse developmental trajectories. Indeed, unlike the routine separations that occur at daycare or preschool drop offs, in which children are informed that their parents will soon return to pick them up and then do, forced and prolonged separation of children from their parents threatens critical bonds of attachment and increases the risk of a host of negative, long-term effects on children’s mental and physical health.5

This is likely to be especially true during the first few years of life when children’s brains are developing rapidly yet lack the cognitive maturity to understand why they are being separated from their parents. Instead, they may develop inaccurate, unhelpful beliefs about themselves, their parents, and the world in general. For example, separation during this sensitive, impressionable period of development may result in them thinking that their wants and needs do not matter, that they cannot rely on their parents to care for them, and that the world is a dangerous place full of people who cannot be trusted.

Notably, although one does not need to be an expert in trauma or child development to understand why this might be the case, a large body of evidence exists to help us understand why the current administration’s zero tolerance immigration policy is likely to be so detrimental to the over 2,000 children who have been separated from their parents under it. Given the critical role of the early parent-child relationship in helping children to regulate their emotions6 and in shaping their sense of safety and trust7, these children may experience sudden, unexpected, and prolonged separation from their parents as highly traumatic.

While the diagnostic manual that is used to diagnose psychological disorders defines a traumatic event as one that involves exposure to death, threatened death, actual or threatened serious injury, or actual or threatened sexual violence8, one can easily imagine how the circumstances surrounding separation might fit into one of these categories. Alternatively, even when all protocols are followed to a tee and violence is not introduced, separation might be perceived as involving threatened death or injury through the eyes of a young child being ripped out of his or her sobbing and frightened parent’s arms.

Further, though resilience is typically the norm in the wake of trauma exposure9, the events that these detained children are likely to experience following separation may interfere with the natural recovery process. Given that trauma severity and ongoing life stress have both been found to predict the development of mental health problems among trauma-exposed individuals10,11, the longer the period of separation and the earlier in life that it occurs, the less likely it is that resilience will take its course.12

Reactions to prolonged separation will inevitably vary from child to child but may, for some, manifest in the form of symptoms of chronic posttraumatic stress disorder (PTSD).13 Though not a comprehensive list, these symptoms may include the following:

The Inadequacies and Long-term Costs of Institutional Care

Even when parent-child separation happens in as calm and “ideal” of circumstances as possible, the effects of this practice are likely to be far-reaching. First, children thrive on predictability14, of which there can be little within institutionalized care settings where caretakers come and go throughout the day and have to attend to large numbers of children at once. Sure, their basic needs such as shelter, food, water, and medical care may be met, but this cannot compensate for the proximate and loving attention that young children so desperately crave.

This need for love and caring may be particularly strong among immigrant children previously exposed to war and violence in their home countries and/or on their journey to America. In fact, given that the absence of social support has consistently been found to be the strongest predictor of PTSD among trauma exposed individuals10,11, natural recovery may be thwarted in immigrant children who were taken away from their parents as their support networks were essentially swept from under them overnight.

Additionally, while little is currently known as to what is actually happening in these detention centers, it is unlikely that children are being given the space to express and process their emotions as needed while in the care of overextended strangers who may not even speak their language. Sadly, the care provided within institutional settings is often harsh and invalidating15, which is the last thing that these vulnerable kids need as they try to cope with way more than any child should ever have to face.

Unfortunately, it would not be surprising if caustic commands such as “stop crying” are commonplace in these environments as they often yield the short-term results desired by staff (i.e., silent obedience). However, rejecting children’s expressions of their internal experiences in this manner comes with significant long-term costs. This may include children failing to develop effective tools for managing intense emotions16 since young children rely on their caregivers to teach and model for them how to cope with distress.17,18 A corollary of this may be the development of psychopathology and global impairments in functioning given that emotion regulation difficulties have been implicated in a wide range of mental health problems.19

So, what can the grownups in the lives of these and other children who have experienced potentially traumatic events do to help?

How to Help Separated Families Post-reunification

While reunification of families is paramount, it is worth noting that reunification alone may be insufficient for reversing the effects of separation noted above. Symptoms of PTSD, anxiety, depression, and other disorders may continue to persist long after reunification. Accordingly, ongoing monitoring of previously separated children will be needed, as will efforts to ensure that children resume normal daily activities, such as school, play dates, and sports. The parents of these children should also be assessed at regular intervals, as parental psychopathology has been found to not only negatively impact parenting behaviors, but also child outcomes.20

Parents should consider seeking mental health treatment for children who have difficulty reestablishing a sense of normalcy or who continue to struggle with symptoms of PTSD for three months or more post-reunification. For these children, developmentally informed early intervention is best in order to minimize suffering and help steer children back to a path of healthy functioning and development.

Highly effective, evidenced-based treatments for PTSD in children include trauma-focused cognitive behavioral therapy (TF-CBT) and prolonged exposure therapy for adolescents (PE-A). These interventions are short-term (10-20 sessions) and help children process their trauma memories and re-engage in activities that matter to them. This not only boosts children’s coping skills, but also fosters the development of more helpful, realistic beliefs about themselves, others, and the world.

For children who are struggling with other disorders, such as depression, anxiety, or substance use, other forms of CBT such as behavioral activation for depression, exposure-based treatment for anxiety, or dialectical behavior therapy (DBT) are available.

Notably, a large body of evidence exists to say that these treatments work, even for complex cases. In addition, they can often be accessed at low cost through local clinical psychology graduate training programs. Accordingly, parents and children can take comfort in knowing that emotional healing from separation and other forms of trauma is possible and can occur over a relatively brief period of time.