Which treatment do studies favor and why? 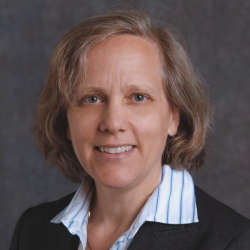 In this article, I describe the results of a recent clinical trial conducted by my collaborators and I in which we compared two frequently used treatments for Obsessive-compulsive Disorder (OCD), a mental illness that affects more than three million Americans. Individuals with this condition have recurrent thoughts, images, or urges, known as 'obsessions,' which provoke distress. These obsessions cause them to feel compelled to repeat certain behaviors or actions in order to feel better, which are known as 'compulsions.' For example, some individuals with OCD are overly concerned with germs and contamination, and find themselves engaging in excessive washing and cleaning routines. Others become obsessed with the idea that they will be responsible for a catastrophe and feel driven to compulsively check that the stove is turned off and the door is locked. These symptoms can become disabling, taking up a great deal of time per day, and causing significant amounts of anxiety and distress.

The most commonly prescribed medications to treat OCD are serotonin reuptake inhibitors (SRIs), which include clomipramine (Anafranil) as well as several selective serotonin reuptake inhibitors, also known as SSRIs, such as Prozac, Paxil and Luvox. Although these medications are approved by the Food and Drug Administration (FDA) to treat OCD, many individuals find them to be only partially helpful. For individuals who continue to have significant OCD symptoms despite an adequate trial of an SRI, current psychiatric practice guidelines recommend adding an additional treatment, which psychiatrists refer to as SRI augmentation. There are two augmentation strategies recommended by the APA: atypical antipsychotic medication, such as risperidone, and EX/RP which is a form of Cognitive Behavior Therapy (CBT) consisting of exposure and response prevention. Our research group at Columbia University recently conducted a randomized controlled trial to compare these two strategies; this study was done in collaboration with Dr. Edna Foa at the University of Pennsylvania.

At our two different research sites in New York City and Philadelphia, we recruited 100 individuals with OCD who continued to have clinically significant OCD symptoms despite an adequate trial of an SRI for at least 12 weeks. These individuals were randomized to receive eight weeks of EX/RP, risperidone, or pill placebo while their SRI medications were continued at a stable dose. Individuals receiving EX/RP received 17 therapy sessions delivered twice per week with a study therapist. This form of therapy involves helping the individual confront feared situations without engaging in compulsions in a systematic fashion. Individuals randomized to receive risperidone met with a study psychiatrist weekly for the first four weeks of the treatment, and biweekly thereafter. Risperidone was dosed up to 4 mg/day if clinically indicated. OCD symptoms were rated before and after treatment using the "gold standard" OCD measure, the Yale-Brown Obsessive Compulsive Scale (YBOCS).

After eight weeks of treatment, 80 percent of patients receiving EX/RP experienced symptom improvement (defined as at least a 25 percent reduction in symptoms). In contrast, only 23 percent of individuals receiving risperidone experienced a treatment response, which was not significantly better than the placebo group (15 percent responded). EX/RP was also superior to risperidone at improving insight, functioning, and overall quality of life. On these secondary measures risperidone was no better than placebo.

Our results strongly suggest that adding EX/RP to an SRI is a more effective augmentation strategy than adding risperidone. We hope that this finding will impact clinical practice, and lead more individuals to consider adding EX/RP as their first option when an SRI alone is only partially effective. Our data suggest that EX/RP could be helpful for the great majority of these individuals.

What These Findings Tell us About Future OCD Treatment

However our study also had several limitations. First, there may have been differences in treatment expectancies across groups, as individuals receiving risperidone did not know for sure that they weren't receiving placebo, but the EX/RP group knew they were getting an active treatment. Second, there were differences in clinician contact: those receiving EX/RP saw their psychiatrist for two hours and their therapist for about 26 hours, whereas those receiving risperidone saw their psychiatrist for about four hours. Third, our sample did not include many individuals with a lifetime history of a tic disorder; some data suggest that this subgroup may benefit more from antipsychotic augmentation. Finally, the study design could not address whether patients with OCD receiving SRIs who fail to respond to EX/RP(or are unwilling to try it) might benefit from risperidone augmentation.

Our study also raises important questions for future research. In particular, many individuals who augmented their SRI with EX/RP achieved wellness, in which their remaining OCD symptoms were minimal and their day-to-day functioning and quality of life were significantly improved. It remains unclear whether these individuals need to continue with their SRI medications or if they can safely discontinue the medication without experiencing a relapse in symptoms. Currently, our research group is recruiting patients both at Columbia University and at the University of Pennsylvania for a randomized clinical trial to address this question.

In addition, our study highlights the need for future research on new treatment approaches to help OCD patients who are not helped by existing treatments. Our research group is currently conducting trials of several novel therapeutic agents.

The study presented here was published online in JAMA Psychiatry on September 11, 2013 and was funded by the National Institute of Mental Health (grants MH045436 and MH45404). Medication was provided at no cost by Janssen Scientific Affairs, LLC.