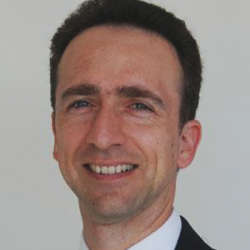 When people complain of aches, pains, and concerns regarding the possibility of obtaining a terrible health problem, e.g. cancer (in the absence of any physical explanation), we tend to say that they have hypochondriasis. Unfortunately, we could also pejoratively say that they are a "hypochondriac." The term is associated with much stigma, and often people suffering from this disorder feel invalidated and dismissed by health professionals and others in our community.

The Diagnostic and Statistical Manual of Mental Disorders 5th Edition (DSM-5), published by the American Psychiatric Association in 2013, has removed the term hypochondriasis and recognized that the symptoms once grouped under the heading "hypochondriasis" might be better served by an updated diagnostic conceptualization. The two new terms introduced in DSM-5 are: Somatic Symptom Disorder and Illness Anxiety Disorder.

According to the DSM-5, Somatic Symptom Disorder refers to one or more persistent bodily symptoms, e.g. aches or pains, that either distress or cause significant disruption to one's daily life. A patient is often given this label after they have seen their physician who then realizes that the patient is excessively preoccupied with their symptoms. Patients given this label are also likely to be disproportionately anxious about their symptoms.

Illness Anxiety Disorder differs in that physical symptoms are less prominent, while anxiety or a preoccupation with having or acquiring a serious medical condition is the core complaint. Patients with Illness Anxiety Disorder are likely to either repeatedly check to ensure that they don't get a serious medical problem, e.g. excessive checking for breast lumps or skin cancers, or they may avoid checking or seeing doctors because of their excessive fears.

Somatic Symptom Disorder and Illness Anxiety Disorder may only be labels, but they bring a fresh outlook onto an age-old problem. They acknowledge the key complaints of their many sufferers and bring hope in the form of potential improvements to our understanding and treatment of these disorders.

When it comes to acknowledging a patient as having Somatic Symptom Disorder, for example, it is useful to know that those with this disorder are excessively distressed and preoccupied by their symptoms. This comes with the understanding that they may need to use specific psychological strategies to cope with or to evaluate why they are experiencing their symptoms in this excessive way. For patients with Illness Anxiety Disorder, it helps to know that they are anxious about illness in a similar way as people who are anxious about heights or spiders. Psychological strategies might involve getting a patient to face their fears of going to see a doctor, or restricting visits to a doctor, and dealing with the anxiety that arises as a result of not obtaining reassurance from their doctor.

Although some scholars have argued that the two disorders might be part of the same disorder (hypochondriasis) and that it might not be useful to separate them, the distinction between Somatic Symptom Disorder and Illness Anxiety Disorder addresses issues of ambiguity, in both diagnosis and treatment.