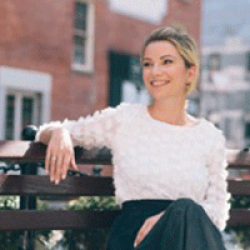 Whether you're the breaker-upper or the breakee (because, let's be honest, it's never really mutual, now is it?) the old adage is true – breakin' up is hard to do! Feelings of guilt, shock, anger, excitement, insecurity, exhaustion, loss, relief, or any other emotion you may be encountering can be overwhelming, to say the least.

And research shows that social media intensifies feelings of anxiety. As an example, various research studies have shown that Facebook increases anxiety because people feel inadequate or fear they may be de-friended. Then there's the dreaded Fear of Missing Out. It can all lead to a downward path into social anxiety or OCD or a need for perfectionism.

Combine that with a public breakup display. That's why it's important to manage your anxiety during this time. , Here are three suggestions on how to do that:

Consider waiting a week or two to process your own feelings about what just happened before changing status updates, blocking anyone, posting cryptic quotes, and deleting pictures of you and your ex from your accounts. Allowing there to be a delay in your public changes will hopefully give you a moment to privately process the breakup with your closest confidants. If you're the one who initiated the breakup, it can be insensitive to wipe the slate clean on the ride home from the breakup conversation. Regardless of which side you're on, move slowly.

The difference between a reaction and a response is that a reaction is reflexive, and a response is reflective. Meaning, you can't help how you react internally to the breakup or the aftermath of a breakup. Often, breakups and the way the other person behaves are out of our control. Seeing photos of your ex clearly on a date with someone else just a week later, for example, can send you spiraling. You might be tempting to one up him or her on your own social media account, or text bomb a bunch of nasty, drama-filled messages that will get you exactly nowhere. We all have emotional reflexes to things that happen to us, but they don't have to dictate a response. A response is a reaction layered with thoughtful, intentional behavior (ideally springing from your highest self). Don't take the bait to be petty, take those few extra seconds (sometimes minutes, hours or days) to respond with integrity instead of reacting impulsively. (Note: a response doesn't mean you have to do anything. Often, not doing anything is a great example of a thoughtful response).

Don't forget that social media accounts are there to make it easier to connect to others; use the support! Connect with your true friends and plan a night of restoration, whatever that looks like for you. Maybe it's a spa night, a golf day, an action movie marathon night, or a long afternoon hike in a nearby park. Create situations where it's natural to bring up feelings if you want to, and at the same time where there's no pressure to talk if you don't want to. You can also look up hashtags like #betterstill #betteroff #itsok #brokeup #breakup to see that people breakup every day and handle it in all kinds of way.

You're not alone, and if you move slowly, respond with integrity and connect to support, you really will be okay.

When Social Media Use Causes Harm And Anxiety