A closer look at compulsive hoarding 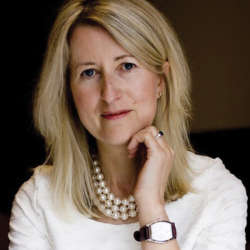 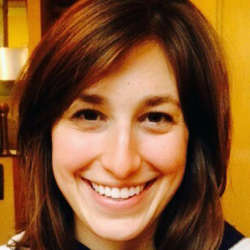 An estimated 2-5% of Americans struggle with compulsive hoarding: hoarding is twice as common as OCD, and four times as common as bipolar and schizophrenic disorders. If you think you could be part of this population, ask yourself these questions: do you have a massive amount of "stuff" accumulated throughout the house? Is it difficult to get rid of or give away these things, even if they have little use left? And with everything piling up around you, do you still get the urge to take in things you don't really need? If you answered yes to these questions, you could be struggling with compulsive hoarding.

Compulsive hoarding is characterized by the excessive collection of and failure to discard items. Items are saved regardless of whether they have any obvious use. This behavior often results in living spaces that are so cluttered that they cannot be used normally, leaving people unable to move freely about their homes and subject to health risks or fire hazards. Piled up newspapers, for example, can block exits, may attract vermin, and of course, can catch fire if stored near sources of heat. In addition to these safety concerns, people with serious hoarding behavior often experience significant personal distress and impairment in other areas of their lives. Many are socially isolated, and over 50% of people who hoard experience significant levels of depression.

Is a Creative Mind a Possible Cause For Hoarding Behavior?

Thomas Edison once admitted, "To invent, you need a good imagination and a pile of junk." It's a provocative statement, one that makes one wonder––could individuals who hoard be motivated to collect big piles of junk to support their creative natures? Could they be stockpiling objects because they can see many uses for them––uses that the average person cannot see? Could individuals who hoard have higher levels of creative thinking than the average person?

A link between hoarding behavior and increased creativity could have important implications for people who suffer from compulsive hoarding. Identifying a positive aspect of hoarding could help these individuals to see themselves in a more positive light, potentially alleviating some of the emotional distress and stigma associated with hoarding.

Interested in this possible link between creativity and hoarding, my colleague and I took a closer, more empirical look at the potential correlation.1 To test the idea, we recruited a sample of people who willingly self-identified as "packrats," as well as a group who reported no difficulty discarding items, disliked clutter, or considered themselves to be "minimalists." We then assessed hoarding tendencies in all participants, using a scale that measured tendencies to save items and accumulate clutter (e.g., How difficult do you find the task of throwing things away?).

We also measured three different aspects of creativity in our research participants:

It was for the Divergent Thinking Task, specifically, that we thought differences between people who had high or low tendencies to save objects might be most apparent.

The results of our study showed that those who were inclined to hoard were more bothered by negative emotions, and had greater difficulty coping with negative feelings when they were upset. These factors no doubt contribute to the high percentages of depression and anxiety in those afflicted by compulsive hoarding behaviors.

There were four ways in which the two groups (self-identified "packrats" and those who had no problems discarding items) differed. Our results showed that people who scored higher on the hoarding tendencies scale:

We also found no connection between hoarding tendencies and how much financial hardship either group had experienced in their early lives, or how environmentally conscious or frugal they reported themselves as being. In other words, there was no support for the idea that people save objects because they are better at thinking of more uses for them, because they grew up poor, or because they are more concerned about saving money. Even worry about the environment (e.g., concern about the impact of putting things into a landfill) did not explain why some people were disinclined to discard objects.

Overall, the findings of this study tell us that creative thinking is unlikely to contribute to the tendencies to acquire or to fail to discard objects. Rather, our results suggest that people who hoard tend to experience increased vulnerability to stress and negative emotions (high neuroticism). They also tend to be more impulsive and less careful. Elevated levels of impulsiveness may increase the likelihood that people who hoard will give in to their urges to buy or keep objects, resulting in the excessive accumulation of items. Lower levels of conscientiousness may also mean that it is easier for clutter to get out of hand. On top of this, a weaker ability to cope with negative emotions could increase the problem, because individuals with hoarding behavior may have a difficult time coping with any negative emotions associated with throwing items away.

These Contributing Factors Should be a Focus for Hoarding Treatment

Although finding a link between hoarding behavior and creativity might have helped reduce some of the stigma associated with hoarding disorder, we found no support for the idea that hoarding is associated with higher levels of creativity. We did, however, find evidence to support a link between hoarding tendencies and high levels of neuroticism and impulsivity, as well as low levels of conscientiousness and distress tolerance. These personal characteristics may be factors contributing to the development of hoarding difficulties, and therefore should be a major focus of attention in the treatment of hoarding disorder.

When Mom And Dad Hoard 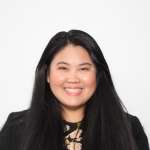