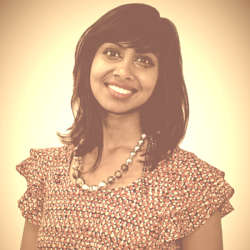 It is generally accepted that females are more vulnerable to anxiety disorders than males - some studies find that women are twice as likely to be diagnosed with anxiety disorders. In general, severe anxiety symptoms, impairment due to anxiety, and anxiety disorders are more prevalent in women than in men. We see similar sex-reliant patterns in young boys and girls, and current research is being conducted in an attempt to determine what could be causing these differences: why are girls more likely to be affected by anxiety than boys? While there could be many factors contributing to these statistics, one way in which researchers have approached this question is by investigating how the risk factors of anxiety differentially affect girls and boys. In an effort to better understand these risk factors, I conducted a study at the University of Calgary in Alberta, Canada, under the guidance of my research supervisor Dr. Jac Andrews, in order to determine if and which risk factors of anxiety affect girls differently from boys.

For example, Tina, a girl with negative attributional style, might think:"I failed this math test because I am dumb. I will always be dumb and I will never do well in math!"

On the other hand, Sarah, a girl with positive attributional style, would think:"I failed this math test because my teachers make hard tests. I will do better in math next time and my marks will improve".

Findings from our study indicated that both attributional style and perceptions about parental stress were strong predictors of high anxious symptoms - but only for girls. Girls who were inclined to blame themselves for negative life events and those who perceived that their parents were experiencing high levels of stress tended to show high incidences of anxiety symptoms. Moreover, girls who thought that their parents were experiencing increasing levels of stress were also more likely to have negative attributional styles and blame themselves for negative life events, which then further elevated their anxious symptoms. On the other hand, boys' anxious symptoms were not significantly affected by either of the factors we looked at, highlighting critical sex differences.

A tendency to blame oneself for negative life events, or a negative attributional style, may interfere with one's ability to effectively problem-solve and cope with day-to-day stress, and as such it may put one at a higher risk for anxiety. Hence, the risk factors determined by our study suggest that it might be helpful to monitor how our children, especially girls, attribute what happens to them with respect to their daily experiences. Our conclusions also suggest that in preventing anxiety, it's important for parents to be mindful of how they talk about their stress in front of their children, and for both parents and teachers to model positive and adaptive reasoning when discussing why stressful or negative things happen in life.

The Nature Of Math Anxiety