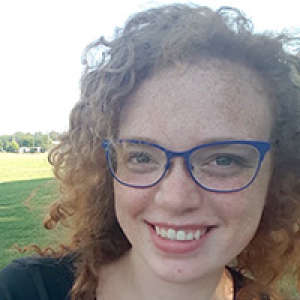 Today's treatments for many mental disorders still have a long way to go. However, one area in which psychology has made great progress is in the treatment of fear-related disorders, like phobias fears. This progress can be attributed almost entirely to the development and use of exposure therapy1-3, which relies on a basic learning mechanism called extinction. First described by Ivan Pavlov4, extinction is the process by which an association is unlearned.

In Pavlov's famous experiments, dogs were trained to associate a bell with a food reward. After the dogs learned this association, they needed only to hear the bell to begin salivating, even if the bell was presented without food. Importantly, this association was not permanent. After several presentations of the bell without the food, the dogs' salivation slowly decreased until eventually, they stopped responding altogether. In psychological terms, the response was extinguished, meaning that dogs had learned that the bell no longer predicted food. The discovery of extinction learning provided the basis for exposure therapy.

Exposure therapy works by exposing patients to a feared thing (i.e., animal, object, or situation) until the fear response to that thing is extinguished. One way of speeding this process along is to associate the formerly feared thing with a positive experience, like deep breathing or remembering happy memories. This process of pairing a feared object with a positive experience is known as "counterconditioning"3,5-6.

Exposure therapy has proven effective for a number of disorders, including phobias7 and post-traumatic stress disorder (PTSD)8-9. Recently, some researchers have been developing exposure therapies using virtual reality (VR)10-12 technologies, which allow the patient to experience any number of feared scenarios in the safety of a doctor's office. These advances have made exposure therapy one of the most successful therapies for fear-based disorders; however, there is a major roadblock to treatment. Patients often find that, after exposure therapy is complete, the previously extinguished fear will suddenly reappear, necessitating further treatment. This common experience is called "spontaneous recovery,"4,13. Spontaneous recovery can greatly slow treatment and be a major source of frustration for patients. Consequently, understanding the processes of extinction and spontaneous recovery are of utmost importance so that we can reduce the chances of spontaneous recovery.

In a study recently published in eLife, Dr. Susana Correia and her colleagues at the Massachusetts Institute of Technology (MIT) sought to better understand the neural mechanisms associated with extinction and spontaneous recovery14. The researchers were interested in two brain regions: the nucleus accumbens (NAc), which plays an important role in processing rewarding experiences15 and fear extinction16-17, and the basolateral amygdala (BLA), which is critical for fear learning18-19. Interestingly, the NAc is highly connected to the BLA20, suggesting that there may be a connection in the brain between reward and extinction. Based on these findings, the researchers asked whether extinction involved brain circuits connecting the BLA and NAc.

To test this possibility, the researchers conditioned rats to fear simple tones by pairing these sounds with small electrical shocks. After the rats learned that the tone predicted shock, the researchers began the extinction phase of the experiment by exposing the rats to the sounds without shock. During this phase, they found that more BLA-NAc activity meant more extinction learning – specifically decreased spontaneous recovery of fear. They hypothesized that if the BLA-NAc connection is important for fear extinction, then increasing this activity during extinction learning could decrease spontaneous recovery of fear. In this regard, they found that when they used counter-conditioning with the rats, rewarding them with food in the presence of the previously feared tone, that this resulted in greater BLA-NAc activation, which in turn predicted decreased spontaneous recovery of fear. Taking these findings even further, they next directly stimulated the BLA-NAc connection in the brain, which also led to decreased spontaneous recovery.

These findings have implications for humans who suffer from fear-related disorders. First, this research may have uncovered the neural mechanism by which counter-conditioning works – through activation of the circuit connecting the BLA and NAc. This finding will allow researchers to better understand how counter-conditioning occurs and determine the best way to administer counter-conditioning, potentially improving treatment.

This work also paves the way for more advanced treatments based on direct stimulation of the brain. For example, researchers have found that deep brain stimulation (DBS), where doctors directly stimulate particularly areas of the brain using small electrical charges, can greatly improve the symptoms associated with extreme depression21-22. This breakthrough began by identifying the circuitry involved in depression. Given that direct stimulation of the circuitry connecting the BLA and NAc leads to improved fear extinction in rats, DBS directed at the BLA-NAc connection may be an effective treatment for patients suffering from PTSD or phobic fears. Although more work is needed to examine whether such an approach would be effective for humans, this study is an exciting step forward in our understanding of the process of extinction. Findings like those of Dr. Susiana Corriea and her colleagues could lead to improvements in the treatment of fear-related disorders in the future.

When OCD Intersects With Judaism And Christianity 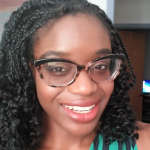 20. Brog, J. S., Salyapongse, A., Deutch, A. Y., & Zahm, D. S. (1993). The patterns of afferent innervation of the core and shell in the "Accumbens" part of the rat ventral striatum: Immunohistochemical detection of retrogradely transported fluoro‐gold. Journal of Comparative Neurology, 338(2), 255-278.