What to do when your anxious child throws a temper tantrum 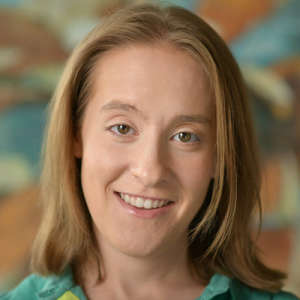 Crying. Screaming. Anger. Declarations of hate. Verbal threats to self or others. Hitting. Throwing things.

These are all components of tantrums - an all-too-common problem in children with significant anxiety. They can be both terrifying and embarrassing for parents and many families feel held hostage by this type of behavior and at a loss about what to do. When this behavior is clearly motivated by fear and anxiety about doing things, many parents view it as merely a sign that their child is struggling and are afraid to treat it as a behavior problem. However, tantrums can actually pose a significant barrier to overcoming anxiety and dealing with fears in an appropriate manner; it is crucial for parents and families to address the situation. Whether tantrums are a child's primary problem or they are secondary to another issue (like anxiety, autism, or ADHD), tantrums should be treated in the same way.

Why Are Tantrums So Common in Anxious Kids?

When children (or adults!) face things that they view as threatening or scary, it kicks off what is known as the "Fight-or-Flight" response in their bodies. The brain and body gear up to either escape from or fight back against a danger. This type of reaction would have been extremely helpful if kids were facing the types of dangers our ancestors faced, like wild tigers or bears. However, when the "threats" kids are facing are things like going to the dentist or needing to give a speech in front of their class at school, this type of response is problematic. When parents, teachers, or even therapists make it clear that kids won't be allowed to run away from or avoid things, the "fight" side of the "Fight-or-Flight" response often kicks in and children end up tantruming because they don't want to deal with things.

Knowing that their children's tantrums are often motivated by anxiety, many parents try to deal with them by soothing their child, trying to let them know that things are okay, or offering words of comfort. Most of the time, however, parents are distressed to find that their words of comfort and reassurance are met with increased yelling, anger, and acting out. Once a child is in tantrum mode, soothing and validation rarely works.

The problem is that even attempts to soothe are forms of attention and if tantrums are like fires, then attention is the kindling that keeps them burning. In fact, it is unusual for tantrums to continue for very long if no one is paying attention. If you have ever gotten upset and had angry outbursts or rants yourself, think about how long your own behavior persisted when someone was paying attention to or responding to you versus when you were alone. Paying attention to kids' tantrums in any way—even by saying things to try to get them to calm down—just gives kids further things to react to and argue against and typically ends up making them angrier.

So How Do You Deal with Tantrums?

The best thing that parents can do is to either walk away from their tantruming child or stand there like a mannequin, not looking at or talking to them. Parents should stay away from or refrain from reacting to their child in any way until their child is quiet and his or her behavior is under control. If parents consistently do this, tantrums generally stop within a few weeks. This technique is effective with children of all ages.

An important thing for parents to know when using this strategy is that tantrums won't stop if they give into them even once in a while. Tantrums often continue and start to occur more regularly because they work for kids. For a variety of reasons ranging from compassion for their child to fear of what might happen if the tantrum continues, parents sometimes give into tantrums and give their child what he or she wants. This reinforces this type of behavior and makes it more likely that children will use this behavioral strategy again. Giving in to tantrums - even occasionally - creates an expectation that randomly, every so often, tantrums will pay off. If you've ever been to a casino and seen people putting their money into a slot machine over and over, then you probably know that random, once-in-a-while payoffs can be very strong motivators for a behavior to continue for a long time in the absence of regular rewards.

Another important thing for parents to understand when they begin ignoring tantrums is that tantrums will likely get worse before they get better. Behavioral research has shown that if a rat gets a reward pellet for pressing a bar and we suddenly stopping giving him this reward for pressing it, the rat will press the bar more and more vigorously before he stops in the hopes that the reward will come. Similar, if we stop reinforcing children for acting out, they are going to scream louder and longer before they stop reacting in this way. This phenomenon is called extinction burst, and if parents see this, it's actually a sign that they are doing something right and that their child's behavior will soon stop.

Common Issues and Concerns When Dealing with Tantrums:

1) Fear of children hurting themselves or damaging property

Frequently, parents worry that if they ignore their tantruming child, their child will end up damaging property or hurting himself or herself. In a lot of cases, this concern is largely unfounded. However, if this seems like a realistic possibility, parents should either remove their most valuable or dangerous objects from the area, or if their child is small enough, move their child into a space where there isn't much to break or hurt herself with (without speaking to the child or making eye contact so as not to feed the tantrum with attention). If children tend to tantrum in predictable situations and places, parents can even sanitize the area of dangerous or valuable objects ahead of time.

2) Children hurting someone or breaking something during the tantrum

Many parents respond to tantrum behaviors like hitting or breaking things by calling out punishments in the middle of their child's tantrum. They let their children know that they have lost screen time or are not allowed to play with their friends, etc. A lot of the time, these punishments are reasonable and appropriate. Problematically, however, when called out in the middle of a tantrum they serve as attention and make the tantrum more likely to continue. Instead of calling them out during the tantrum, parents should have clear and consistent rules for what will happen in response to these types of behaviors set up ahead of time. If they then occur during a tantrum, parents should wait until their child has quieted down to remind them of the consequences of their actions. The only response to these behaviors that should occur during the tantrum is for any person the child is hurting to silently walk out of reach.

Many parents think that it's well and good to ignore their child at home but maintain that they cannot do it if their child tantrums in a public place. They want to know what they should do if their child tantrums in a restaurant or on an airplane at 35,000 feet. The answer is that they should still ignore their child. Yes, doing so is absolutely embarrassing. However, attending to or giving into tantrums in public places virtually guarantees that they will continue to happen in public places even if they stop at home. And in the long run, this can lead to a lot more embarrassment for parents! Additionally, it can be helpful for parents to remember that a lot of people on that plane or in that restaurant are likely parents themselves, and that most of us parents have had to deal with tantrums ourselves at some points and have some sympathy for what they are going through!

In addition to ignoring, when children tantrum in public, it can be helpful for parents to not only ignore the behavior themselves but to try to prevent others in the environment from providing their child with attention. Remember, any attention is like kindling for tantrum behavior. If others ask about or try to interact with the child, parents should calmly tell them that their child is in time out and ask them to please ignore the child.

4) Children tantruming with other people besides parents

So what if a child also tantrums for their grandparents or babysitter or in the presence of a sibling? When this happens, parents also need to coach those individuals to ignore the child. Otherwise, tantrums will continue in their presence even if they stop for parents when they are alone with the child. This can be particularly challenging with siblings, and often the best strategy for parents to coach siblings to use is simply to get out of the room with the tantruming child as soon as possible. Parents can even reward their other children with candy, privileges, or other small prizes for responding to their sibling's tantrum in this way.

Tantrums can be extremely stressful for families—particularly for families who are already struggling to help their children overcoming their anxiety. Although relatively straight forward, these strategies for dealing with tantrums are not easy or pleasant to implement! However, by following these guidelines, parents can regain control over their children's behavior and set the stage for them to deal with their fears in a healthy and productive way.