Harm OCD - Afraid You Are Going To Hurt Someone? 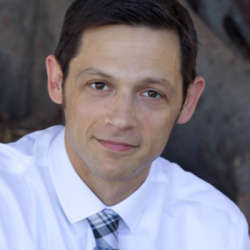 Obsessive compulsive disorder is a mental health issue characterized by unwanted intrusive thoughts (obsessions) and repeated behaviors in response to those thoughts (compulsions). One major thematic grouping of obsessions is the category of aggression, sometimes referred to as Harm OCD – an obsession with violent content.

Obsessive thoughts that may be present in this category:

Compulsions that may be present in this category:

Someone with Harm OCD (fear of acting out violently) may not exhibit physical behaviors like washing hands; their compulsions are as likely to be mental – retracing their memories to see if they harmed someone, compulsively repeating words to ward of violent thoughts, mentally testing themselves to see if they like violent thoughts, asking for reassurance about their thoughts, and avoiding triggers in their environment as mentioned above.

It is important to remember that different obsessions found within OCD are not different forms or types of the disorder, but simply different variations in the content of intrusive thoughts. The most effective treatment for OCD (regardless of thought content) is cognitive behavioral therapy (CBT) from an OCD specialist.