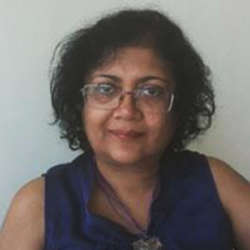 Sexual abuse of children is a widespread problem. Experts estimate one in four girls and one in six boys are sexually abused before turning 18. However, only one in 20 cases of sexual abuse is identified or reported to authorities. Unfortunately, most of the victims get no support or justice and must bear lifelong emotional scars. From infants to teenagers, both boys and girls are vulnerable. Those who were sexually abused as a child are highly susceptible to a range of psychological consequences that can occur immediately after the abuse and also over the long term into adulthood. This kind of abuse can disrupt child development. Its adverse effects, such as anxiety, depression, PTSD, drug and alcohol problems, can even persist into adulthood.

In my clinical practice, I have found that understanding the short and long-term psychological effects of childhood sexual abuse is crucial in helping victims cope with their traumatic experiences. By looking out for warning signs in children, early intervention can reduce or even prevent a lifetime of anxiety, depression, destructive behaviors, or even PTSD. And for adults dealing with the trauma of being sexually abused as a child, effective treatment is available. Through evidence-based therapy and professional psychiatric consultation, victims can begin to combat their anxiety and trauma.

What Constitutes as Child Sexual Abuse?

Child sexual abuse is defined as any sexual act with a child performed by an adult. At the extreme it includes sexual intercourse, but all offenses that involve sexually touching a child, as well as non-touching offenses and sexual exploitation, are just as harmful. This may include activities that do not necessarily include physical contact, such as:

Child sexual abuse often begins with befriending the child to gain the child's trust, inappropriate sexual talk, and exposure to pornographic material to lower the child's inhibition as a part of a grooming process. This all escalates to more serious forms of abuse, such as inappropriate touching over time. Sexual abuse may be committed by a person under the age of 18 when that person is either significantly older (usually four years or more) than the victim, or when the perpetrator is in a position of power or control over another child, such as a babysitter or camp counselor.

Sexual Offenders: Who are They?

Most people aren't aware that the perpetrator of such a heinous crime against children is most likely not a stranger or monster. It is actually quite common for the abuser to be someone that the child knows or is close to. The media tends to highlight cases involving twisted sociopaths, but these are only the most extreme cases. Child sexual abuse encompasses a range of touching and non-touching offenses —all of which are damaging to the child's psyche.

The abuser is often a family member, neighbor, babysitter, coach, or family friend and the abuse occurs in the child's own home, neighborhood, and/or community. Abusers will look for weak spots in a family, a community, or an organization where they can gain unsupervised access to children. Many parents falsely believe telling their children to stay away from strangers is enough to protect them from sexual abuse. However, statistics reveal 90 percent of children know and trust the person who sexually abused them, and in 35 percent of cases, the perpetrator is a family member.

It is very important for parents, teachers, healthcare professionals, and other caregivers to be educated so they can recognize the warning signs of child sexual abuse. The first indicators of sexual abuse may not be physical but behavioral—in some cases, there may be no physical evidence of the abuse. Unfortunately, because it can be so difficult to accept that sexual abuse may be occurring, the adult may misinterpret the signals and feel that the child is merely misbehaving.

These warning signs may include regressed behavior such as bed wetting or soiling, excessive crying, physical complaints of headache and stomachache, clinging to the parent, nightmares, sleep disturbance, and drop in school performance. Some children who have been sexually abused are very afraid of specific places and persons related to the abuse. Sexually abused children may also act out their abuse using dolls, drawings or writing of a sexual nature and showing sexual behavior with other children. Such premature sexual knowledge can be a sign that they have been exposed to sexual activity. Sexually abused adolescents may display aggression, suicidal gestures, running away from home, sexually promiscuous behavior, and substance abuse. Very frequently, these displays are misinterpreted as delinquent behavior. Often, the sexual abuse is detected only after pregnancy or sexually transmitted disease.

Many children do not disclose the sexual abuse to anyone. If the abuser is someone the child trusts and looks up to, the child especially has difficulty viewing that person in a negative way and, instead, is likely to blame his or herself. The child may be fearful of the abuser threatening to harm the child or family if anyone finds out.

Younger children may take a long time to understand what happened to them and do not have the language to describe it. Often, children will keep abuse a secret because they don't think anyone will believe them, they feel embarrassed, or they are afraid to get themselves, or others, in trouble. Boys, in particular, are less likely to disclose being abused. When sexual abuse occurs within the family, the child may fear the anger or shame of other family members, or be afraid the family will break up if the secret is told.

Creating a Safe Space for Victims

The child needs to feel safe in order to talk freely. Creating a safe space is essential for helping a victim of sexual abuse open up about the incidents. To create a nonthreatening environment, you have to:

When a child tells someone about sexual abuse, a supportive, caring response is the first step in, helping the child and reestablishing their trust in adults. How an adult reacts to a child reporting sexual abuse is crucial. If they deny the abuse happened, choose to ignore it, or at worse, blame the victim, the abused child is then re-victimized and is often compelled into silence.

The Lasting Effects and Trauma of Sexual Abuse

Experiencing sexual abuse creates a feeling of powerlessness in the child and leaves the child with the perception of having little control over what happens. Girls are more likely to exhibit internalizing behaviors, such as depression and disordered eating (anorexia, bulimia, or obesity). Externalizing behaviors such as delinquency and heavy drinking are more likely exhibited by boys. Being used as an object to satisfy the needs of the perpetrator can lead to feelings of de-valuation and worthlessness and lead to lifelong difficulty with intimate relationships.

According to World Health Organization (WHO), 33 percent of women with a history of sexual abuse show signs of a psychiatric disorder. They are also more likely to be psychiatrically hospitalized and have more extensive utilization of health care services. The most painful effects of abuse come from the betrayal of trust by the perpetrator and other adults who failed to protect the child in the first place or did not support the child upon disclosure. Many children believe the abuse is their fault, and some learn to hate themselves.

Childhood sexual abuse not only robs children of their childhood, but can have long term effects that seep into adulthood. These include:

In my clinical practice, I frequently interact with adults who deal with anxiety, depression, extreme anger, or insomnia as a result of childhood sexual trauma. Often, these patients do not have full-fledged PTSD symptoms but have negative emotions and physical reactions triggered by memories or reminders of the traumatic experience. They remain emotionally numb and have difficulty cultivating intimate relationships. It's common that they have not told anyone about their trauma, feel ashamed, and have low self-esteem. They self medicate with alcohol or drugs. PTSD symptoms can recur and can be precipitated by life events such as pregnancy, having a child reach the same age as the victim when abused, or other stressors.

Trauma-Focused Cognitive Behavior Therapy is evidence based treatment for PTSD, depression, and behavior problems related to traumatic experiences including sexual trauma. It is short term therapy over 12 to 16 sessions and includes individual sessions for the child and parent as well as joint sessions. It includes psychoeducation about impact of trauma, relaxation training, parenting skills, cognitive processing to change negative thoughts and most importantly trauma narration in which the child describes the traumatic experience. The key to successful treatment is the therapist's ability to tolerate talking and hearing about the child's traumatic experience. These graphic descriptions can be very distressing and leads to avoidance of discussion by the child, but remembering and talking about the trauma is central to reduce the trauma's impact.

Such treatment can help reduce the risk that the child will develop serious problems as an adult. Families of these children should be assessed for the presence of other risk factors such as substance abuse, mental illness, domestic violence, or other dysfunction. Identified risk factors must be addressed and appropriate treatment initiated. Recovery for children can be facilitated by optimizing the strengths of their families and identifying and then addressing their weaknesses.

The Importance of Family Support

Ultimately, the responsibility and blame lies on the perpetrators of these heinous acts. However, family support when a victim speaks out plays a crucial role in protecting against negative consequences for sexual abuse victims. This responsibility lies with all of us and we need to give all parents and adults working with children the knowledge to recognize the signs of abuse and the tools to report it to the proper authorities when they see it or suspect it. Not only is it urgent for parents and family members to bring justice to such crimes, it is also vital for the victims and their families to seek medical examinations and psychiatric consultations. Therapy can help abused children regain self-esteem, cope with feelings of guilt about the abuse, and begin the process of overcoming the trauma.