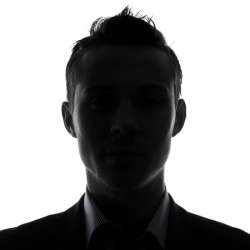 Dealing with troublesome thoughts and emotions is a struggle for millions of Americans, and, for a subset of these individuals, coping with internal turmoil comes in the form of hair pulling. Trichotillomania is a psychiatric condition that involves repetitive hair pulling, resulting in hair loss. In many cases, trichotillomania is a secretive condition that is viewed negatively and not well understood by others. People who struggle with hair pulling also frequently have other psychological difficulties such as depression, problems at school and work, and difficulty connecting with others.

Research investigating the neurological causes of hair pulling has revealed problems in the brain structures in charge of movement control, which suggests that persons with trichotillomania have trouble resisting the urge to pull. However, many pull their hair purposefully in order to cope with anxiety, tension, and boredom, leading experts to wonder if people with trichotillomania also have problems controlling their emotions.

Failing To Cope With Anxiety And Depression Can Lead to Trichotillomania

When people struggle with their thoughts and emotions they often lose sight of the things they value in life. For example, trying to avoid "bad" thoughts or "intolerable" emotions typically leads to regrettable behaviors, such as yelling at a loved one when one is feeling stressed. Psychologists call this process "psychological inflexibility," and it has been linked to many psychological problems.

Our results showed that people with trichotillomania experience psychological inflexibility in two ways: "interference" and "control." Interference refers to how hair pulling gets in the way of important parts of our lives, and control refers to problems people have tolerating the urges to pull. Additionally, we found that people with higher psychological inflexibility scores also had higher hair pulling severity, depression, and anxiety. Finally, statistical analyses showed that persons with Trichotillomania who are more psychologically inflexible cope with depression and anxiety by engaging in hair pulling.

Exploring ACT as a Treatment for Trichotillomania

It appears that psychological inflexibility could play a large role in pathological hair pulling, and might be part of the reason why people with trichotillomania experience high amounts of anxiety and depression. Results of our study suggest that adults with trichotillomania have problems in coping with their thoughts and emotions, and that this internal struggle contributes to hair pulling. Indeed, a new and promising method of treating trichotillomania involves a behavioral talk therapy called Acceptance and Commitment Therapy (ACT). A past pilot study affirms its efficacy and now our research group is examining ACT as a treatment for trichotillomania and using it in our specialty clinic at Texas A&M. Hopefully, future clinical research will build upon these findings and reveal more about the cognitive and emotional components of trichotillomania.