What OCD Treatment Is Best? 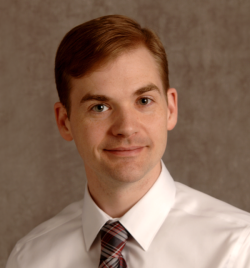 Do You Know Which Of These Treatments Works Best For OCD Sufferers?

Obsessive-compulsive disorder (OCD) is an anxiety disorder that affects over 6 million Americans each year. The symptoms of OCD typically begin in childhood and strengthen moving into adulthood. These symptoms include intrusive thoughts, images or urges (obsessions) as well as repetitive behaviors or mental acts (compulsions). For some suffers, these symptoms can become debilitating. Fortunately, effective evidence-based treatments exist for OCD, and those afflicted can find help and recover.

Choosing which treatment is best for each individual patient, however, can be a complicated decision for clinicians to make. The case study illustration below describes an OCD case in which a patient showed little reduction in symptoms with a certain course of treatment, and required the addition of an alternative treatment. Thankfully, recently released research examines which OCD treatments present the best course of action for patients, findings that provide important new guidance for clinicians and families.

A Case Study In OCD Treatment

Jim (pseudonym) is a 36-year-old man with OCD who is preoccupied with the idea of contracting H.I.V., even in situations in which transmission is impossible or extremely unlikely. For example, Jim fears that he might come in contact with H.I.V by touching door handles, using public toilets, or shaking hands with someone who could be infected. In these situations Jim is beset by near constant thoughts of H.I.V., as well as lingering doubts such as What if I had a scrape on my finger that could have let H.I.V get into my bloodstream? These intrusive thoughts, which are known clinically as obsessions, provoke intense distress and anxiety.

To find relief, Jim ends up washing his hands over and over again in a ritualistic fashion, up to 100 times per day. He also asks his family members to reassure him that he has not become infected, in order to quell his obsessive doubts. These repetitive behaviors (compulsions), which accompany obsessions, are the other cardinal feature of OCD. Compulsions aim to relieve the anxiety provoked by obsessions, but their effect is only short lived. Jim reports that his fears always return, and no matter how hard he tries he cannot overcome his doubts. While many people have fears of contracting an illness such as H.I.V., Jim's problem is well beyond typical. On a given day his obsessions and compulsions dominate his waking life. They make it difficult for Jim socialize with others, do his job, and even leave his house. As a result he feels depressed and hopeless about the future.

Certain OCD Treatments May Cause Only A Slight Improvement In Symptoms

Jim has been seeing his psychiatrist for the past six months. Dr. "Smith" prescribed fluoxetine, a selective serotonin reuptake inhibitor (SSRI), which the Food and Drug Administration (FDA) has approved as a first-line treatment for OCD. Dr. Smith tapered the medication to a maximally tolerated dose, but Jim reported only slight improvement in his symptoms. Dr. Smith then switched to a second SSRI, which had similar effects. With two SSRI trials that still left Jim with significant OCD symptoms, Dr. Smith has to determine: Well, what to do now?

The Options for OCD Treatment

Unfortunately this situation is relatively common in OCD treatment. Although research supports the use of SRIs for OCD (i.e., clomipramine and the SSRIs), most patients experience only a partial reduction in symptoms, and some do not respond at all. When patients do not fully respond to an SSRI alone, the next step is to add an additional treatment, which is known as augmentation. Two common SSRI augmentation strategies are the addition of atypical antipsychotic medications (such as risperidone) or cognitive-behavioral therapy (CBT), consisting of exposure and ritual prevention (EX/RP). Recent evidence described here suggests that EX/RP is a far more effective augmentation strategy than atypical antipsychotic medications like risperidone. However, if some individuals are not helped by EX/RP, risperidone might be an option worth trying for them. Being able to match treatments to individual patients in this way is the goal of personalized medicine, but it requires clinicians to make accurate predictions about who will benefit from one treatment over another.

Which Treatment Option is Best in This Situation?

Jim's symptoms are on the higher end of the continuum of severity - even with his SSRI, Jim is spending over five hours per day on his obsessions and compulsions. He finds his compulsions almost impossible to resist once triggered, and his symptoms are causing substantial impairment in his day-to-day functioning. On the Yale-Brown Obsessive Compulsive Scale (YBOCS), considered the gold standard measure of OCD severity, Jim scores a 28 out of a maximum of 40 points, putting him in the severe OCD range. Dr. Smith may think, perhaps Jim's symptoms are too severe for EX/RP, a common statement or perception among psychiatrists. In addition, Jim is also moderately depressed and Dr. Smith may wonder if Jim's depression would interfere with EX/RP treatment. These sorts of thoughts might lead Dr. Smith to instead begin prescribing risperidone - but would this course of action be warranted and effective?

My colleagues and I recently undertook a study to examine this question, the results of which were recently published in the Journal of Consulting and Clinical Psychology. In this study, we conducted a secondary analysis of data from an SRI augmentation trial conducted by Dr. Blair Simpson and Dr. Edna Foa. One hundred individuals who continued to have significant OCD symptoms despite an adequate trial of an SRI were randomized into groups to receive two months of treatment with either risperidone, pill placebo, or 17 sessions of EX/RP.

As described here, their study found that EX/RP was superior to risperidone as an augmentation strategy, meaning that, on average, patients experienced more relief in their OCD symptoms with EX/RP. This finding reported on the overall trend (i.e., on average patients do better with EX/RP). Our secondary analysis aimed to identify moderators, or characteristics that either increase or decrease differences between treatments. Moderator analyses can be used to identify factors that would help treating clinicians choose one treatment over another for an individual patient. We evaluated a wide range of potential moderator variables, including OCD severity, types of OCD symptoms, duration of illness, severity of co-occurring depression, and overall level of functioning.

What we found was surprising: OCD severity was in fact a moderator, but in the opposite direction from clinical intuition that may suggest that severe OCD requires an antipsychotic in lieu of EX/RP. Instead, we found that the more severe the OCD, the greater the difference in outcome between EX/RP and risperidone. In other words, EX/RP's superiority over risperidone increased with increasing OCD severity. In addition, depression was not related to worse outcome with EX/RP at the levels of depression studied (mild to moderate). These results suggest that EX/RP should be the recommended SRI augmentation strategy for most patients, even for severe OCD. Returning to the example of Jim, our results suggest that Dr. Smith should recommend EX/RP, even though Jim's symptoms are severe and he is experiencing moderate depression. Our data indicates that adding EX/RP to Jim's SRI may be the most effective way for him to become well.

Now, Dr. Simpson (at Columbia University in NYC) and Dr.Foa (at the University of Pennsylvania in Philadelphia) are examining whether those who achieve wellness through SRI augmentation with EX/RP can then safely discontinue their SRI medication without experiencing a relapse. More information for this ongoing trial, which is funded by the National Institutes of Mental Health, can be found here.

Hopefully, with clinical studies like the one examined here, both clinicians and those suffering from OCD can find the most effective treatment available. If you are suffering from OCD, you can discuss the benefits of different treatment options with your doctor or psychiatrist.