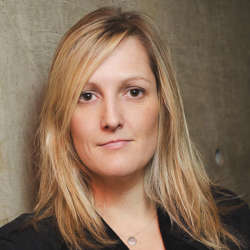 If you've ever started a long walk feeling sad or anxious and ended the walk feeling better, you probably know intuitively what many formal studies have proved—that physical activity does indeed reduce symptoms of depression in the short term. Have you ever wondered how long the effects of that walk, or many walks, might last?

Recently, my research team and I had the opportunity to work with ten year's worth of data on the types of sports and physical activities in which youths participated over a span of five years. This NDIT study provided data that helped us observe the effects of physical activity on symptoms of depression four years later, when participating adolescents (12-17 year olds) became emerging adults (18-22 year olds).

We found a surprisingly strong relationship between higher physical activity and lower symptoms of depression. In fact, our study shows that:

Furthermore, we looked at the effects of school sport participation on future symptoms of depression and stress, as well as self-rated mental health. In this study, we found that:

Based on these findings, participation in sporting opportunities offered at school stands out as a proactive way for adolescents to lessen the likelihood of future depression. School-based sports also offer relatively low cost physical activity, with minimal family commitment and resources. They can also provide opportunities for adolescents to connect to school and their peers.

Now, you may ask, does it really matter if an adolescent joins the school basketball team or competes as an individual in judo? My research team and I have just finished a not yet published summary exploring these questions. We found that in combating symptoms of depression, there were clear positive benefits from team sports like basketball, soccer, football, and hockey. Conversely, we found that there were fewer benefits from participating in individual sports like dance, wrestling, and swimming. Note: These findings took into account the context of the sport (i.e., whether participation was during school or outside and unrelated to school).3

Using the same data, my research team and I have also found support that signs of depression are linked to a reduced likelihood of physical activity. In one study, we found that:

These findings suggest that physical activity during adolescence could help target depressive symptoms as they occur, as well as in the future.

Focus on Fun, Not Guilt

Based on our findings, it seems that helping individuals focus on exercising for fun and enjoyment (intrinsic reasons) through interesting activities could help improve activity levels.

Looking at the collective results of our studies, two key findings stand out:

1. Adolescents and young adults who report more signs of depression are less likely to be physically active.

The good news is that physical activity, whether it be individual or team sports, can be inexpensive and drug-free. To keep up your mental health, I encourage you and your children to find the activity you enjoy and get moving!