Creating a strong online identity may contribute to depression, anxiety, and other problems 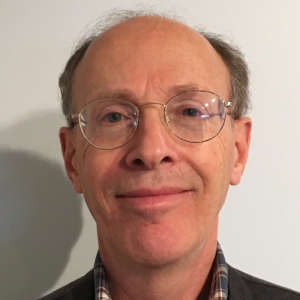 Once upon a time a person had to possess some degree of talent in singing, dancing, acting, writing, etc. But today's online culture has created a peculiar kind of VIP and attendant social strata in which ability and drive hold less sway than savvy marketing and self-promotion.

YouTube, Twitter, Facebook, and other social media platforms have made it possible for average Joes and Janes to achieve visibility through memes, viral videos, and blogs1. Indeed, the long hours and resources that go into developing and honing talent have become less important than simply opening up and displaying one's day-to-day life, continuously offering commentary on one's own daily interactions. The more intimate, outrageous, and sentimental moments are key to gaining followers and racking up those all-important "likes."

Popular culture has long been enamored of stories of the young hopeful arriving in Hollywood fresh off a Greyhound bus, sipping a drink at a drugstore soda fountain, and the fickle hand of fate stepping in and quickly rocketing her to stardom. It might not be surprising, then, that individuals who fantasize about fame for its own sake show increased social media use (posting photos and updates, responding to posts) and are more likely to center their social media habits around celebrities and celebrity culture, such as following and "friending" media figures2.

This careful branding of identity as a consumable good has given rise to the micro-celebrity, who cultivates an online persona in hopes of establishing oneself as an important media figure. Performers in more traditional forms of media draw clear lines between their public faces and private lives, but micro-celebrity shifts ownership of identity from the bearer to the perceiver, collapsing the roles between viewer and viewed in a perpetual game of "Who am I? Who do you think I am?"

While micro-celebrity can indeed bring about the desired results of fame and influence, any perceived misstep can bring about a swift fall from favor, often through various forms of online harassment and sabotage known as trolling3.

For many young people, deep in the processes of defining themselves within a celebrity-obsessed culture, the pull of social networking as a centerpiece of identity formation is irresistible. A recent study indicates that over the past few decades, young adults have become more focused on the self, leading to unrealistic ambitions and an orientation toward material wealth — all individualistic values that resonate with the value of fame.

YouTube and other social media sites are central to many adolescents' self-presentation and self-promotion strategies4, or how they attempt to create a desired impression of themselves to others. Aside from the pitfalls of creating a successfully strong online identity, a recent study suggests that increased social media use is also associated with depression, anxiety, and sleep disturbance5.

It is a fundamental human motivation to form and maintain positive impressions of the self for others, but the presence of social anxiety can distort processes of self-presentation, particularly when social media sites (such as Facebook) become an anxiety sufferer's main conduit for engaging with the world. Individuals who perceive themselves as deficient in social skills tend to develop a preference for online social interaction over face to-face exchanges to minimize social risks associated with self-presentation. Whether these social deficiencies are real or imagined, these individuals tend to invest a disproportionate amount of attention, time, and effort in online socializing6.

Moreover, because social media emphasizes photographs and videos over the written word, heavy use of such sites can create an unhealthy concentration on the body and how it's perceived by others. This can lead to self-objectification (or choosing to evaluate oneself based on appearance) and anxiety over one's body and appearance. In turn, this opens the door to eating disorders, depression, sexual dysfunction7, and various other mental and physical health problems.

Studies also indicate that when girls and women portray themselves on social networking sites, they are strongly evaluated based on their physical appearance. This leads to an expectation of comments focused solely on physical attractiveness and subsequent enhancing how of one's body and looks are presented online8.

The Offline Authentic Self

To those who can recall the slower days of pre-internet life, all of this might lead to the question, "How did we get here?" Stars were once larger-than-life figures, untouchable save for a lucky hour or two seated before a screen or stage, not the attention-hungry ordinary person relentlessly broadcasting every little thought and musing in 140 characters.

As economic forces necessitate two incomes for many families to survive, children may grow up spending less time with their parents. This may lessen invaluable nurturing time and make a child feel unsure of their place in the world — and vulnerable to platforms that make them feel important and special.

If we receive nurturing and healthy mirroring and attention to our authentic self from babyhood on, we develop an inner sense of self that is strong and knows how to duplicate the connectedness we experienced as children with healthy parents9. On the other hand, it's been argued that the phenomenon of helicopter parenting has created a generation of self-anointed rock stars who their knowledge of branding to monetize their specialness to become an industry of one10.

Findings have shown that maintaining a mindful nonjudgmental stance may help decrease self-objectification and egocentrism. In a recent study, mindfulness induced during yoga classes was associated with significant decreases in self-objectification and improvements in mood and enjoyment11. Also, the anxiety-provoking believe of standing out in the eyes of others often is an entirely misplaced conviction. Studies have demonstrated that brief mindfulness-based meditation may help reduce perceptions of personal salience or prominence while seeing ourselves as others during mental imagery12.

How To Avoid Anxiety When Breaking Up On Social Media

5. Primack, B. A., & Escobar-Viera, C. G. (2017). Social media as it interfaces with psychosocial development and mental illness in transitional age youth. Child and Adolescent Psychiatric Clinics of North America, 26(2), 217-233.