Is there a link between Social Appearance Anxiety and binge eating?

Bob is afraid that people find him unattractive. When he goes out, he is nervous that others are judging his appearance and his body. Because of this fear, when others look at him or take his picture, Bob believes that they are noticing his flaws, despite there being no evidence of this.

What does this mean?

So should we be focusing on social appearance anxiety when treating binge eating disorder?

Perhaps, though further research is necessary. It should be noted that the study was conducted on a non-clinical sample. Thus, further research on individuals with binge eating disorder is necessary in order to make conclusions about treating BED. Additionally, because the study was only conducted on women and the sample was predominantly Caucasian, it is unknown how these findings relate with other demographic and cultural factors. However, despite these limitations, the results here do point to the possibility of targeting social appearance anxiety over dietary restraint when treating binge eating.

Keith Whipple, MA, RDT from Institute for Therapy through the Arts
697 Likes 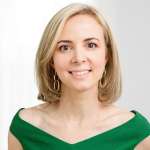 Ask Dr. Chloe: When And Where To Get Therapy And Online Alternatives