Rituals May Help Soothe Your Anxiety 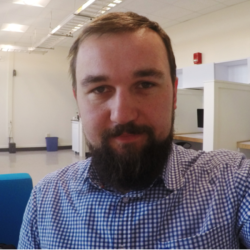 Imagine that you came to a psychological experiment expecting to fill out a questionnaire. But instead you were told that you have a few minutes to prepare a speech about a weird-looking art object, and that you will have to deliver this speech in front of an expert committee. Your heart starts to beat a little quicker and your palms begin to sweat as you are trying to recall bits and pieces from your high-school education about different artists and their styles. The more you try to think, the emptier your mind seems to be. And when the time comes, you are just overwhelmed by anxiety.

Sound familiar? We have all experienced similar situations, whether they involved public speaking, a job interview, visiting a dentist, or maybe a last-minute holdup before a long journey. What do these situations have in common? Why do they make us nervous and anxious?

Uncertainty and the Feeling of Control

In the beginning of the 20th century, anthropologist Bronislaw Malinowski was studying the fishing techniques of the Trobriand people in the Southwest Pacific[1]. Living among the Trobrianders, he noticed one peculiar custom: When fishermen were about to fish in a nearby lagoon that usually yielded predictable results, they did not perform any rituals or ceremonies. But when they planned to go fishing in the open sea, which was dangerous and even life threatening, the fishermen performed elaborate rituals in order to secure safety and favorable outcomes.

Malinowski concluded that uncertain situations make people anxious because they feel like they have no control over future events that might be threatening to their lives, family, or social status. He proposed that ritual behavior might help people cope with such situations, because it gives them a feeling of control, a feeling that something has been done. Instead of just waiting to see what the future will bring, we actively steer the wheel of fortune.

Studying Anxiety in the Lab

While this explanation seems intuitive, it had not been empirically tested before. So after some 90 years since Malinowski's publication, my colleagues and I invited participants to the Laboratory for the Experimental Research of Religion in the Czech town of Brno, and gave them the anxious task described in the first paragraph. We created two experimental conditions, High Anxiety and Low Anxiety, and randomly assigned participants to one or the other. While in the High Anxiety condition participants had to prepare a speech, in the Low Anxiety condition they were instructed to simply think about the object.

Since we measured participants' heart rate in both groups, we were able to see that the High Anxiety participants were much more stressed by the prospect of public speaking. But before they were about to deliver their speech (or finish the experiment in the Low Anxiety condition), we asked them to clean the art object. And this was a crucial part of our experiment. We used motion sensors to look at the type of movements preferred by participants while cleaning.

The Link Between Rituals and Anxiety

The motivation for this measurement comes from recent anthropological theory that noticed striking similarities between ritual behaviors found in religion or sports and rituals of patients with obsessive-compulsive disorder (OCD). Both behaviors often focus on future situations that are very important but largely uncontrollable. Rituals are meant to influence the outcomes of these situations in a specific way (get rid of germs, protect oneself from predators, or win a game).

From a functional perspective, these behaviors might often seem redundant (e.g. washing hands that are already clean), and it is not usually clear how they secure a successful outcome (e.g. wearing the same socks as in the last winning game). Moreover, these behaviors are often repeated (say the Lord's Prayer 10 times), and it is also very important that they are always performed in exactly the same way, otherwise they might not work.

In our experiment, we used these characteristics (redundancy, repetitiveness and rigidity) as measures of ritual behavior. While participants were cleaning the art object, we monitored how much their movements repeated and recurred in predictable patterns. The results showed that participants in the High Anxiety condition performed more redundant movements than participants in the Low Anxiety condition, and that these movements were repeated in similar patterns across the object. In other words, anxious people performed more ritualized movements.

The striking finding in our study is that we did not tell participants what to do; they performed these ritual-like movements spontaneously. We think that these movements might be a natural reaction to anxiety. Engaging in repetitive patterns might help people regain a feeling of control over the situation by bringing order to one's behavior and minimizing the chaos of the surrounding world. Such a feeling of control might, in turn, help to soothe anxiety.

For example, the Trobrianders did everything they could before going into the open sea – they prepared their canoes and nets, but also asked their gods for help in a traditional ritualized way that is transmitted from generation to generation. In this way, they minimized the unpredictability of chaos. Likewise, when OCD patients are threatened by a chaotic environment, cleaning and organizing this space might help them get a sense of security because the chaos was reduced to an ordered and predictable place. However, being obsessive often means that the sense of security comes only after extremely long and elaborated rituals that impede normal functioning. If rituals do not close the safety loop soon, they might do more harm than good.

How Can Rituals Help?

Ritual is an important part of what it means to be human. Performing actions in rigid and stereotypical ways helps us utilize practices that proved to be successful in the past and gives us a feeling of control. Be it before an important exam, a difficult life-choice, or just when you feel anxious and insecure, saying a prayer or performing a familiar ritual might help soothe your anxiety and make you feel a bit more comfortable in the face of future uncertainty. But keep in mind that ritual is not a universal remedy for all your problems. Professional sportsmen do not only perform rituals to secure favorable outcomes, but they also train every day. The Trobrianders perform traditional rituals, but they also make sure that their fishing nets are in good condition. Finding a balance between practical and ritual action can help guard against compulsive ritualization. Rituals might be useful when you have done everything you could but still feel anxious. When combined with practical actions, they can help restore a feeling of control, safety, and confidence.

If you feel helpless when anxious, you can try the following: