How personality disorders could affect the persistence and longevity of anxiety 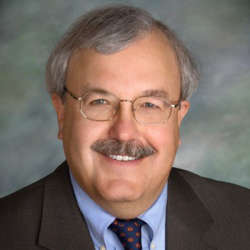 Because of this, researchers have focused on identifying the factors that can contribute to a chronic anxiety disorder so they may be able to improve diagnosis and better determine recommended treatment. One thing they've discovered is that among individuals with anxiety disorders, co-occurring personality disorders are known to increase the severity of anxiety symptoms and decrease one's ability to function effectively or cope with anxiety. Less has been discovered or studied, however, about how personality disorders influence the course of anxiety disorders over time. This is what my team and I recently attempted to figure out, and what our research study aimed to understand.

Over the course of three years, my colleagues and I examined the effect of personality disorders on the persistence of four DSM-IV anxiety disorders in a national sample of 34,653 participants.2 Participants in the study had been previously diagnosed with Generalized Anxiety Disorder (GAD), social anxiety disorder, specific phobias, or panic disorder. In order to determine predictors of persistence we analyzed participant's DSM-IV personality disorders, along with other factors such as age and treatment history.

What we found was that the persistence of all four anxiety disorders was predicted by the presence of at least one of the following factors:

Treating Your Personality Disorder May Help Your Anxiety

What we've concluded is that if you are suffering persistently from GAD, social phobia, a specific phobia, or panic disorder, and you are not responding to the usual treatments for these disorders (either through medicine or psychotherapy), the problem might be a co-occurring personality disorder. This means, first of all, that all patients with anxiety disorders should be assessed for personality pathology. Personality disorders are often over-looked, even by mental health practitioners, and are rarely the concern of busy general medical doctors who may prescribe medications for a person with an anxiety disorder.

An untreated person who thinks they may be suffering from co-occurring anxiety and personality disorders should seek help from a mental health practitioner, while a patient in treatment might ask his or her therapist or doctor for a referral to a mental health professional that specializes in personality disorders. Research has also shown that several effective treatments for personality pathology exist (cognitive-behavioral, psychodynamic, and others), and that appropriate psychotherapy treatment could result in a much better treatment outcome for people with chronic anxiety disorders due to personality pathology.

1Anxiety and Depression Association of America. (n.d.) Facts and Statistics. Retrieved from http://www.adaa.org/about-adaa/press-room/facts-st...