How experiences shape our brains 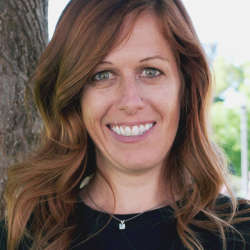 Everything from music and games to early-life trauma has been implicated as a catalyst for "rewiring" the human brain. This "rewiring" phenomenon is best described as 'neuroplasticity.' Though the process appears complex, it's something with which nearly everyone is already familiar. Recall, if you can, the first time you rode a bike, swung a golf club, or hit a softball. It was laborious and effortful, even awkward. However, if you stuck with it, you likely became able to do one or all of these things without much consideration of the mechanics involved.

In the same way, systems of the brain can "learn" to efficiently process and respond to information from the outside world. That's not to say, of course, that all of the networks in the brain that are shaped by experience are equally adaptive. Just as some golfers develop chronic slices and some batters will never lay off high pitches, neural responses that may seem temporarily adaptive may not be optimal in the long run.

Developmental scientists are reporting that early childhood experiences have a lot of influence on these neural responses. This means that neural tendencies—be they adaptive or not—may be acquired very early in life and that parents can play a key role in the changes that are seen in the neural networks of young children. For example, there is evidence that early parenting behaviors are associated with activity in neural networks that may be linked to risk for the development of anxiety problems.

One specific example was a study that I conducted in collaboration with Dr. Kristin Buss at Penn State. This work involved assessing ERN and fearfulness, a precursor to anxiety problems, in a group of young children. We also asked parents to report on their own typical parenting styles. Our results demonstrated that ERN was heightened, similar to the way ERN is exacerbated in anxious individuals, for highly fearful preschoolers who had experienced greater levels of harsh parenting when they were toddlers. These findings are significant given that highly fearful children are known to be at greater risk for anxiety problems. However, the reasons for this, at the level of neural function, are not entirely understood. Our work suggests that the neural activity seen in individuals who are at risk for anxiety problems may be influenced by early experiences with parents.

Since our study was reported, Dr. Greg Hajcak Proudfit, Dr. Daniel Klein, and their colleagues at Stony Brook University have replicated these findings. In their work, punitive parenting behaviors during childhood predicted greater ERN three years later. Not only that, the researchers at Stony Brook were able to show that greater punitive parenting predicted greater ERN, which subsequently predicted a greater likelihood of anxiety diagnosis by the time children were six years old. Together, this work provides evidence that early experience may impact activity in neural networks in ways that make anxiety problems more likely.

Anxious Brains May Also be Rewired

Thankfully, the moral of this story is not that neural function and mental health are simply at the mercy of the early environment. One has to imagine, after all, that if neural networks can be altered in the first place, they may be able to be re-altered in ways that promote or enhance mental health. In fact, promising evidence suggests that tendencies for anxious responses can be re-programmed. For example, the laboratory of Dr. Tracy Dennis at Hunter College recently demonstrated that highly anxious adults, who tend to stay heavily focused on threatening aspects of their environment, can be retrained using a smartphone app, Personal Zen, to attend to more positive, less threatening aspects of their surroundings. Other work from the laboratory of Dr. Louis Schmidt at McMaster University more directly demonstrates links between common therapeutic interventions for anxiety problems and apparent changes in neural activity. These findings provide promising evidence that neuroplasticity persists into adult life and that less adaptive functioning may be retrained in ways that promote or enhance mental health.

While this research needs to be replicated and extended in larger samples, the research reviewed here reflects tremendous advances that have occurred in developmental neuroscience since the days of the nature-nurture debate. They show that biological functions, like neural activity in the brain, are heavily impacted by the environment in which they occur. Even more, biological functions are malleable to a greater degree and for a longer period of life than originally thought. Many, like myself, hope this means a better understanding of how the brain works, how neural activity develops, and how we might use our growing knowledge to enhance mental health across our lifespans.