What To Do When LGBT Discrimination Causes Anxiety and Panic Attacks 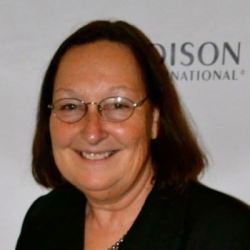 Sometimes this can be felt as betraying ourselves. It is at this precise point that panic attacks frequently set in. As if "mainstream" anxiety and panic attacks weren't excruciating and terrifying enough for anyone, add the stigma of being a minority group of people who are often misunderstood, hated, and sometimes physically attacked.

Even as you read these words, legislators in several states are working very hard to legitimize discrimination against LGBT folks in various forms, anywhere from denying goods, services, marriage, bathrooms, employment, and housing to advocating for death to LGBT people. Throw in the prospect of being subjected to Conversion/Reparative Therapy and it is easy to imagine the minefield that many LGBT people tiptoe through on a daily basis. This is all quite frightening and anxiety-provoking for many LGBT folks who feel increasingly out of control, with escalating anxiety.

As LGBT folks, we agonize over coming out to our friends, family, and co-workers. Many of us would rather betray ourselves by pretending that we are something we are not, rather than risk facing any stigma or the disappointment of our loved ones. This self-betrayal often leads to chronic anxiety and panic attacks.

Similarly, transgender people also often first come out as "gay" as a way to edge into coming out as transgender. Interestingly, this is a mix of sexual orientation and gender identity, which are actually two different things. But in the struggle to come out, anxiety tends to cloud our clarity. The first goal is to "come out." We figure out the rest later. "The rest" often includes issues of "passing" and general anxiety over being accepted at all, both by those in our own LGBT community and by those in mainstream society. There are issues of struggling with body image (even when you're a celebrity like Caitlyn Jenner) and self-esteem, such as, "Will I be pretty enough, handsome enough?" "Will I lose my family and friends?" "Will I pass?" "Will I be happy with myself once I complete my transition?" "Will I have credibility in my life, in my career?" With all of these questions, it is clear that even when we are authentic and we do not betray ourselves, anxiety and panic can still intrude.

A Look At Treatment

Even though it is clear that people in the LGBT community have very unique triggers for panic and anxiety (in addition to all the "mainstream" triggers), treatment is much the same.

There is no need for an LGBT client to "come out" before seeking treatment for anxiety or panic attacks. Nor is it necessary to be treated by an LGBT therapist, unless it makes you more comfortable. Choosing a therapist is a very personal thing; you must feel that you can trust this person with sometimes very intimate details of your life.

You can find a therapist who specializes in working with anxiety in the 'Find a Therapist" listing of Psychology Today, or in your insurance company's list of therapists. Most counties also have an LGBT Center that offer mental health services, often accepting sliding scale fees based upon income. Psychology Today also notes which therapists are LGBT-friendly. In addition, it lists which therapeutic modalities a therapist uses, such as CBT, DBT, Exposure Therapy, Paradoxical Intention, and Hypnotherapy.

Common approaches to treating anxiety and panic attacks include gradual exposure to the feared object or context without being in any danger, in order to extinguish the anxiety. A related approach is Paradoxical Intention, which requires full focus and immersion (not gradual) into the source of the fear, bringing the fear to the conscious level in order to avoid it in the future.

Hypnotherapy, meditation and relaxation techniques, including guided imagery sessions are also very effective in learning to feel grounded and centered.

CBT and DBT approaches include challenging irrational or frightening thoughts, looking for alternative meanings which render the thoughts less threatening.

Another approach is more psychodynamic, in which you examine your relationships and challenge your co-dependent behavior patterns where you are ignoring your own needs in order to take care of someone else's needs. When you chronically ignore your own needs, you can easily begin to feel out of control, which can lead directly into a panic attack.

All of the above approaches are effective and many therapists use a combination of the approaches described above, depending on the needs of the client. In addition, medication therapy is sometimes used in conjunction with psychotherapy.