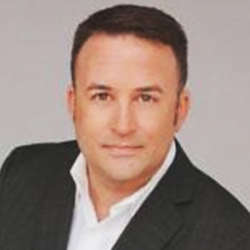 Hypnosis and Neuro-Linguistic Programming can be extremely helpful as they reach into the subconscious mind. I have found that the majority of people have many misconceptions about what hypnosis is. Hypnosis by definition is a state in which information or suggestions bypass the critical faculty of the conscious mind and enter into the subconscious. The subconscious doesn't know the difference between reality and imagination and believes everything that enters it to be real. That's why you find yourself crying while watching a sad movie. Consciously, you know the movie is not real and there is no logical reason for you to cry, however, at that moment you are in a hypnotic state. Your subconscious believes the movie is real because it has bypassed the part of your conscious mind that critically analyzes it.

NLP is the study of subjective experience. It is the study of how we, as humans, take in information through our senses, how we process and give meaning to that information, and how we behave/respond based on the meaning we have given it. We all take in and process information the same way, but we each give different meanings to it. This is one reason why certain situations can cause anxieties to one person and not to another. Using NLP and hypnosis techniques can be extremely helpful to people suffering from anxieties.

Allow me to illustrate by telling you about Pavlov's dogs.

Russian physiologist and Nobel Prize winner Ivan Pavlov was looking at dogs' salivation responses to being fed. Dogs don't learn to salivate whenever they see food; the reflex is hard-wired into every dog. We call this an unconditioned response (that is, a stimulus–response connection that requires no learning). Pavlov noticed that his dogs began to salivate whenever he entered the room, even when he was not bringing them food. He also discovered that any object or event that the dogs learned to associate with food, such as when a lab assistant showed up, triggered the same response; we refer to these as conditioned responses.

In NLP and hypnosis, we term these conditioned responses as "anchors." Everything can be an anchor, but not everything has to be one. An anchor comprises two parts: a stimulus or trigger, and a response. An anchor could be a song that, when you listen to it, reminds you of a happy time in your childhood. The stimulus/trigger is hearing the song, and the response is feeling the happiness associated with the song. You hear the song and immediately you feel a certain way. Your brain has made a neurological connection between the song and the feelings you experience.

Anything we can take in through our five senses can become an anchor. We create these anchors unconsciously. I like to think of anxieties as anchors we have unconsciously created. Just as with any other anchor, a stimulus and a response form the anxiety. Everyone who experiences anxiety is very aware of the response—the feelings of anxiety and the physical symptoms that accompany them, such as sweaty palms, compromised breathing, and a racing heart beat—but they may not be aware of the stimulus or trigger that sets it off.

Who can be Helped by NLP and Hypnosis?

Because hypnosis and NLP reach the subconscious mind, they are extremely effective in helping people who experience anxieties and phobias. Some hypnotherapists may decide to address anxieties and phobias with age regression—a valid option, but in most cases I do not believe it's necessary. During my 11 years of practicing hypnosis and NLP, I have used a process known as collapsing anchors, and combined it with posthypnotic suggestions. Collapsing anchors is an approach in which one establishes a new and positive anchor. The new (and much stronger) anchor ultimately collapses the old, negative one. The person still has the same stimulus or trigger as when he or she began, but now has a new—positive—response. It is akin to repaving a road. The road is still the same, but it feels very different to drive on it.

Choosing to use hypnosis and NLP to help overcome anxieties requires the services of a trained, professional hypnotherapist and NLP practitioner. I am aware that this may sound very simplistic. The process to alleviate phobias and anxieties can be simple because, unlike the conscious critical mind, the subconscious mind works in very simple ways. I've witnessed clients getting rid of phobias and anxieties that have paralyzed them for years in just a few sessions.