For Parents Who Are Anxious About Their Children's Anxieties: Strategies for What to Do—and What Not to Do

Mark's son, Billy, struggles with social anxiety disorder (SAD).1 Billy experiences fear and anxiety in social situations and frequently worries that others are negatively judging and evaluating him. He often avoids social situations, instead choosing to keep to himself on the playground at school or staying at home on the weekend. Because social situations stress out Billy, Mark goes to great lengths to find things to do with him that do not involve being around others, such as watching movies at home.

After listening carefully, Mark considers the strategies that he uses to deal with Billy's SAD. He admittedly feels worried and stressed, but he believes he does not react poorly; he aims only to support him and to do what is best. Sure, there are times when he gets a bit overprotective, but it's all for Billy's well-being…right?

Other practices and behaviors can also contribute to children's anxiety in more subtle ways: overinvolvement in a child's daily life, overcontrol of the child's environment, or encouraging safety and dependence over autonomy. While they may be well-intentioned, these behaviors are often responses that maintain and exacerbate anxiety. They teach and encourage children to avoid anxiety-provoking situations because they are not capable of handling them.4

For example, Billy experiences a significant amount of social anxiety. When Mark and Billy are around others in a social situation, Billy feels anxious and distressed, which causes Mark to feel anxious and distressed about Billy's anxiety. Because Mark wants Billy to be happy and does not want to see him under distress, he tries to find activities that do not require them to be around other people. Since Billy does not experience social anxiety during their movie nights at home, Mark does not either, so they continue to spend their weekends alone at home. This strategy is effective in removing Billy's social anxiety and Mark's anxiety about Billy in the moment, but it reinforces a cycle of avoidance. Since always avoiding social situations prevents Billy from learning how to handle social situations, this pattern serves to maintain or exacerbate Billy's social anxiety in the long term.

7 Maladaptive Strategies: What Not to Do

These strategies contribute to maintaining or exacerbating children's anxiety in the long term:

1. Overinvolvement: Any overprotection, overcontrol, or attempts that parents made to direct their children's behaviors. For example, Mark displays overinvolvement when he tells Billy what to say or do in anxiety-provoking situations, even though he may trying to lower Billy's anxiety.

2. Reassurance: Any attempt to reassure children of the probability or cost of a negative outcome in an unrealistic way. For example, Mark displays reassurance when he tells Billy that no one will ever judge him, even though he knows that it is likely that somebody will judge his son negatively at some point in life.

3. Reinforcing avoidance and dependence: Anything said or done to indicate that it is OK or even good for children to avoid things that make them anxious. For example, Mark displays reinforcement when he tells Billy that he doesn't have to socialize if it makes him anxious..

4. Anxious behavior: Anything done or said that reinforces anxiety. For example, Mark displays anxious behavior when he tells Billy that he needs to prepare more for giving a speech, even though Billy is highly anxious about it.

5. Helplessness: Anything done or said that indicates that a child cannot be helped or that a situation and anxiety cannot be controlled. For example, Mark displays helplessness if he believes nothing he does can help Billy's anxiety. In doing so, he conveys the message that anxiety is a scary and uncontrollable thing that we cannot manage.

6. Passivity: Any withdrawal or unresponsiveness to a child's anxiety. For example, Mark displays unresponsiveness when he does nothing because he believes that Billy will just grow out of his anxiety one day.

7. Negativity: Any criticism, negative remarks, punishment, or blaming pointed toward the child. For example, Mark displays negativity when he gets angry at Billy for being socially anxious or tells him that he is awkward and weird in social situations.

3 Effective Strategies: What to Do

1. Task resolution: Any development and plans made to solve an issue or cope with anxiety. For example, Mark displays task resolution when he helps Billy come up with ways to cope with his social anxiety before an event.

2. Emotional support: Any indication of empathy and support for children to express their thoughts and feelings. For example, Mark displays emotional support when he tells Billy that it's OK to feel anxiety and that it is not something to hide, shut down, or avoid.

3. Encouraging bravery: Anything said or done to encourage approaching, instead of avoiding, fearful situations. For example, Mark displays this strategy when he encourages Billy to try going to a birthday party.

The study also indicated that the strategies parents reported using were significantly different from the strategies they were observed using: 31 percent of parents reported overinvolvement, but the researchers observed it in 83.3 percent; and 11.9 percent reported anxious behavior, but researchers observed it in 81 percent. While these results are limited, they do highlight the relative lack of awareness that parents may have about the strategies they are using. What we think we are doing may often be quite different from what we are really doing. But it is never too late to learn new strategies and change course.

4 Ways To Help Children Cope With A Military Deployment 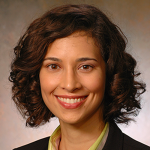 4. Whaley, S., Pinto, A., Sigman, M. (1999). Characterizing interactions between anxious mothers and their children. Journal of Consulting and Clinical Psychology, 67, 826–836