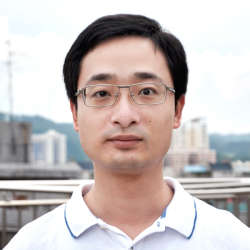 Post-traumatic Stress Disorder (PTSD) is a serious anxiety disorder that results from exposure to a traumatic experience or from witnessing a life-threatening event such as violence, abuse, accident, war, disaster, or any situation that seriously threatens the integrity of a person. PTSD is known to be common among veterans, but is also highly prevalent in women. The affliction is currently a very serious burden in the U.S., with high associated mortality rates and healthcare costs.

A spate of treatments are available for those with PTSD, ranging from mental psychotherapy to antidepressants. There's also exciting news in the area of PTSD treatment: the healthcare community has its eye on a different class of drugs that offers the potential to be highly effective at treating PTSD symptoms.

Research on PTSD is steadily increasing year by year, which has drawn me to investigate current and potential treatments for the affliction. The first line of treatment for the disorder generally consists of psychotherapy, such as cognitive therapy, exposure therapy, stress inoculation training, and pharmacotherapy with antidepressants, specifically selective serotonin reuptake inhibitors (SSRIs) such as Sertraline and Paroxetine.

Atypical antipsychotics (AAs), which have traditionally been used to treat schizophrenia, are in a different class of drugs from antidepressants, the common standard for PTSD medication. AAs can affect several neurotransmitter systems which have been proven to be involved with the psychophysiology of PTSD. AAs have gotten a lot of attention from the scientific community, but current data proving its efficacy for PTSD is still insufficient. Thus, my team and I set out to conduct a meta-analysis in order to further clarify the effectiveness of AA therapies on PTSD.

Our meta-analysis included the findings from 455 patients in eight studies: 231 were allocated to AA groups that received medication, and 224 were allocated to placebo groups. The results indicated that AAs were more effective than a placebo in treating PTSD patients. When the effects of pharmacotherapy were compared with placebo treatment, we found significant decreases in PTSD symptoms.

The Side Effects of AAs are Comparable to a Placebo

People with PTSD frequently have to be concerned about how to manage the side effects of their medication, which can often include muscle spasms and other movement disorders. In addition, the metabolic side-effects of AAs, which can lead to weight gain and diabetes, are also a critical concern for long-term use.

In order to analyze these possible drawbacks, we conducted a meta-analysis on dropout rates. Surprisingly, the results showed no statistical difference between AAs and placebo on acceptability and side effects. This finding may be explained by the low doses of AAs used to treat PTSD: somewhere between one-third and one-half of the dosage used to treat schizophrenia is given to people with PTSD.

AAs could be an effective new choice for treating PTSD, offering the benefits of reduced side effects when compared to other current mediations. We hope that our research and the search for better treatments will allow more people who suffer from PTSD to find greater peace of mind.