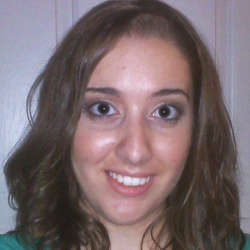 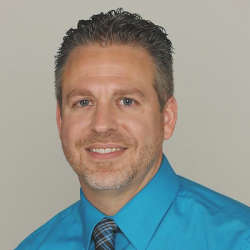 For those who are familiar with anxiety treatment, you've probably heard of it all—Cognitive Behavioral Therapy (CBT), yoga, meditation, acupuncture, and the list goes on. One particular approach that has yet to make its rounds in the conversation surrounding popular anxiety treatments is Attention Bias Modification Treatment (ABMT). ABMT is a computer-based treatment that uses attention training programming to implicitly modify patterns of attention in patients. It is a theory-driven treatment that has emerged from research demonstrating that adults and children who have anxiety disorders also feature attention biases toward threatening information, which means that they are more likely to pay attention to—and possibly even exaggerate—negative and fear-inducing situations and triggers.

So how does ABMT attempt to tackle these biases? It utilizes repetitive, task-based programming to systematically re-train attention and has been shown to reduce anxiety symptoms in both adults and children. Most typically, ABMT utilizes a repeated attention-based task in which threatening and non-threatening stimuli are presented very rapidly, and the patient is instructed to respond to a particular symbol that follows the presentation of the stimuli. ABMT can be administered either once or twice per week, for a total of approximately 4 to 10 sessions. Research conducted utilizing ABMT has investigated its use as a front-line (or primary) treatment for children with anxiety disorders such as Social Phobia (SOP), Separation Anxiety Disorder (SAD) or Generalized Anxiety Disorder (GAD). One randomized controlled trial of 40 children aged 8-14 years were administered four weekly 480-trial sessions of ABMT and reported significant reductions in the numbers of anxiety symptoms and symptom severity in the treatment condition; such changes were not present for children in the two other placebo conditions (Eldar et al., 2012).

Testing the Effects of ABMT on Children with Anxiety

In our recent study, we were eager to evaluate empirically whether ABMT would or would not help children who did not respond to a full course of cognitive behavioral therapy. We administered ABMT twice a week for four continuous weeks (eight sessions in total, 160 trials per session) to six children (aged 10-13 years) who did not respond to 12 to 14 weeks of standardized CBT (and with anxiety disorders such as SOP and SAD. Parent and child ratings of children's anxiety levels and symptoms were measured before and after treatment, and it was found child self-ratings on anxiety symptoms and depressive symptoms significantly decreased from pre-treatment to post-treatment. Parent ratings on child anxiety-related impairment also showed significant decreases from pre-treatment to post-treatment. All six patients and their parents attended each of their eight sessions with no missed appointments or cancellations. Patients and their parents also reported high satisfaction with the short duration of each treatment session (15 minutes) and the short course of treatment (four weeks). Though the group of children receiving ABMT was small, ABMT showed promise as an adjunctive treatment for youth who did not show significant reductions in symptoms after a full course of CBT. A larger, placebo-controlled study of ABMT as a second-line treatment for similar CBT pediatric anxiety nonresponders is currently underway that will also test potential follow-up symptom reduction (for example, whether symptoms continue to stay low) weeks after ABMT ends.

I was surprised at the high level of acceptability shown by the families who participated in this study. Working with this population led me to consider their perspectives in participating in this computer-based treatment, not having responded to CBT. I was also surprised by the magnitude of the anxiety reduction effect in such a small number of participants. While still an emergent treatment option, ABMT offers several benefits for those with anxiety disorders, especially for children (who typically face more barriers to treatment). ABMT is a low-cost treatment option that can be administered over a relatively short period of time; it may also be viewed as more acceptable to patients than more traditional in-person therapy formats. Further, ABMT may help patients implicitly learn to control attention in the absence of explicit instructions, such as those received in other treatment formats, such as CBT.

The Future of ABMT Research

We were interested in this study because we recognized the considerable impairment and needs of CBT non-responders. Very little research has investigated second-line treatments for those who do not respond to CBT, and many families are hesitant about accepting medications. ABMT also had promising theory and research for use in children with anxiety, and targets bottom-up processes, as opposed to CBT which targets anxiety using top-down cognitive processes.

The next step for research on ABMT is to evaluate mediators of its anxiety reduction effects, that is, how ABMT leads to reductions in anxiety in children and adolescents; currently, we speculate about what it's targeting and observe the changes that follow for youth who are randomized to treatment conditions in controlled studies, but we don't know which part of cognitive processing is most affected by ABMT that may be leading to reductions in anxiety symptoms. More work on the types of childhood anxiety disorders ABMT may be used for (such as various specific phobias, Obsessive-compulsive Disorder, Post-traumatic Stress Disorder) is important as well, so children with these disorders may be treated with ABMT. Studying the effects of ABMT on more populations of children with anxiety disorders is a promising way to uncover more about its scope.